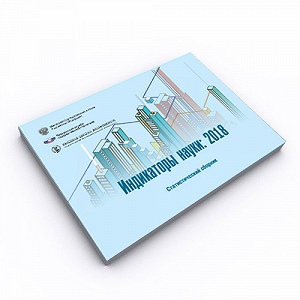 The paper illustrates capabilities of a new statistical tool developed for comprehensive in-depth quantitative analysis of research and innovation activity of Russian higher education institutions (HEIs). The results of such analysis are applicable for planning, coordination, and control of addressed public polices in S&T and innovation. The novelty of the approach and its implications to official statistics is explained by critical review of existing standard statistical tools for monitoring HEI potential and activities. The review is followed by detailed description of new methodology. The main part of the paper provides descriptive statistics based on the experimental tool as well as conclusions on application of these results for more in-depth analysis and for policy advise to Russian S&T and innovation policy-makers.