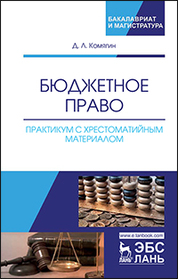 TAX FARMING – PRO ET CONTRA
Komyagin D. Law. LAW. Высшая школа экономики, 2019
This article investigates issues related to a unique experiment carried out in Russia in unifying the collection of all obligatory payments. It analyzes the legal aspects of this approach and presents the variety of methods for collecting such payments. Notions of budget revenue and sources of revenue are considered. Special attention is paid to the forms and practices of tax farming and other obligatory payments. The article concludes that the budget legislation actually specifies various fiscal charges as sources of budget revenue. The real source of public revenue are the assets and resources making up the national wealth. Historical examples show that despite the generally accepted denial, tax farming is a normal method and can be applied along with the state monopoly and tax administration. The cases when tax farming is transformed into a state monopoly or excise and vice versa are not rare. Tax farming, which has continued to this day, is also referred to as parafiscal charges or quasi taxes.
Economic Update - Bulgaria: Slow Growth Amid a Changing Growth Model
Gavrilenkov E., Stroutchenevski A., Konygin S. Sberbank CIB, 2013.

There is a growing consensus that the major European economies will continue to stage a recovery in 2014, which will help smaller countries bounce back. The Bulgarian government has approved a budget for 2014 that envisages GDP growth of 1.8%. This number is above the 0.5% y-o-y reported for 9m13 and 0.8% seen in 3Q13, but is still relatively unimpressive for a country with relatively low GDP per capita (around $7,000 in 2012). Moreover, achieving this level of growth is not a foregone conclusion, as it will depend on the economic situation in Germany and Bulgaria's other major trade partners, particularly as the government expects growth to be driven by exports and improvements in the tourism sector

The work deals with problems of budgeting in the context of the economic crisis. Classification of the budget is considered and their characteristics are given. For each budget, it has proposed a system of indicators. Recommendations were made for the algorithm for calculating these indicators. Particular attention is given to the cost optimization.

Russian Competition law in light of the principles of ex post and ex ante
Totyev K. Y. Law. LAW. Высшая школа экономики, 2014
This article is devoted to the legitimation and application of the standards of ex post and ex ante by courts and the executive authorities in the sphere of competition regulation. The postulates of ex post and ex ante are considered as legal principles. The principle of ex post is intended solely for judicial and administrative application; it has a deontological framework; it assumes that the legality of the activity of economic entities is assessed only on the basis of positive legal criteria in terms of the subjective rights violated; it is limited to a particular case. The traditional approach to the principle of ex post limits the scope of its application on the subjects and excessively expands its objects. The postulate of ex ante has a utilitarian basis which assumes the assessment of the application of relevant rules in the future. One of the main aims of the article is to refute the common view of lawyers and economists that a legislator applies principle of ex ante not being bound by principle of ex post, while it is the other way around for the courts and the executive authorities. The principle of ex ante may be applied not only in the process of the creation of new rules but also at the application stage for existing rules on economic competition. This is justified because the arguments of the courts and the executive authorities about a refusal to take into account the consequences of a decision in a particular case are not convincing.
Особенности бюджетного процесса в России в конце XIX-начале XX в
Чемоданова Ю. А. Государство и право. 2010. № 12. С. 86-92.