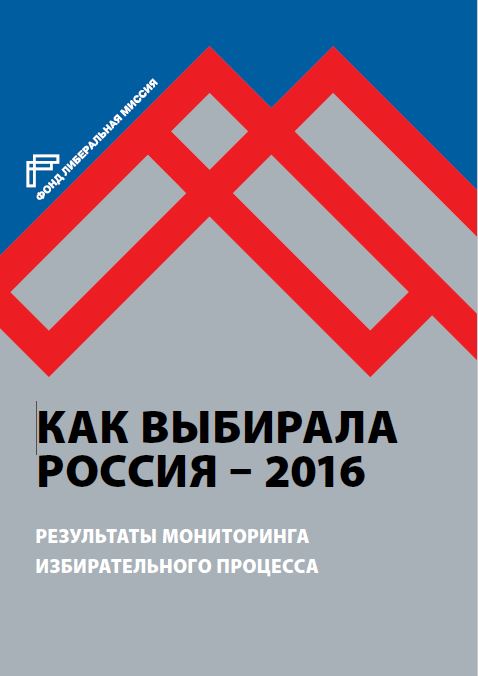 Up to the 2002 electoral reform the performance of political parties in Russia's regional legislative elections was poor. According to the federal law introduced this reform, all Russian regions since December 2003 have been obliged to elect no less than a half of the members of their assemblies by proportional representation. As a result, party competition at the regional level became unavoidable. These circumstances gave a good opportunity to study factors of party fragmentation in the entities of the Russian Federation. The study tested three kinds of hypotheses dealing with institutional, sociological and political effects. Analysis based on general sample of elections held in Russian regions since 2003 to 2013 shows that only political effects were robust through the time of observation. Party system fragmentation in Russian entities was systematically deprived by influential regional executive incumbents, federal authorities as well as was connected to the type of regional political regime.

the anti-modrenization trend will become the main feature of the country's political regime for the immediate future - this trend dooms the regime for stagnation, making any attempts at technocratic renewal futile. In order to keep the situation under control, the regime will inevitably  resort to greater, most likely pre-emptive, and therefore disproportional repression, which will further exacerabate political conflict.

The Limits of Managing Russia’s Party System
Alexander Kynev Russian Analytical Digest. 2011. № No. 106, 21 December 2011. С. 14-18.
Democratization Challenged: The Role of the Regional Elites
Degtyarev A. A., James A., Gelman V. Y. In bk.: Fragmented Space in Russian Federation. Baltimore; L.: Johns Hopkins University Press, 2001. Ch. 4. P. 157-218.
Similar or Different? Exploring the Gap Between Federal and Regional Elections in Russia
Turovsky R. F., Marina Sukhova. Political Science. PS. Высшая школа экономики, 2017. No. WP BRP 55/PS/2017.
This research is focused on the issue of differences in results received in elections for regional and federal legislatures that are held according to the proportional system. In particular, the question of whether the authorities’ decision to favour the combination of synchronous regional and federal elections has proved effective. This research showed that, in simultaneous elections held at different territorial levels, United Russia always delivers better results at a federal level than at a regional level, while oppositional parties, conversely, perform better at a regional level than they do at a federal level. This can be explained by the phenomenon of strategic voting, according to which voters prefer to cast their votes for more stable and major players in federal elections, and that they are more likely to vote sincerely in regional elections. However, in separate elections these trends are not retained, and United Russia in particular has been noted to perform better in regional campaigns held during the inter-election period, than it did in the preceding and subsequent federal elections. Analysis of the degree of competitiveness showed that differences in the level of competitiveness in federal and regional elections are almost always lower in combined elections than in separate elections.
Political Parties and Parliament
Kynev A. In bk.: Russia: Strategy, Policy and Administration. L.: Palgrave Macmillan, 2018. Ch. 8. P. 87-96.

This article discusses the following insufficiently explored question: what are the immediate and long-term effects of the regional electoral reform of 2003 on regional majoritarian electoral systems and the composition of the plural components of regional legislatures? The article analyzes the transformations related to the number of deputies elected in districts with majoritarian systems before and after the reform and changes in their election process (in the first place, modifications of the systems in the districts). It demonstrates how electoral systems have influenced factors contributing to the success of candidates in elections and the campaign strategies of the candidates in single-mandate districts; it shows those politicians who reached favorable outcomes in elections, and those who ended up left out of regional politics. The article discusses the increased role of federal parties in the regions, and how this contributed to the increasing dependence of regional politicians on the federal government.

Abelian automorphism groups of cubic fourfolds
Mayanskiy E. arxiv.org. math. Cornell University, 2013. No. 5150.
We list all finite abelian groups which act effectively on smooth cubic fourfolds.
Paleoconservatism of the Southern Agrarians
Belkovich R. Law. LAW. Высшая школа экономики, 2013
The emergence of the Tea Party movement in recent years has shown that under the surface of mainstream political life in the USA there exists a different layer of ideas, which cannot be satisfactorily described in terms of the Republican/Democrat dichotomy. These ideas have their origins in the foundation of the American Republic, which owes a lot to ancient and mediaeval political theory. In the twentieth century there was a revival of these ideas in the form of the so-called “paleoconservative” movements which rediscovered their ancient and mediaeval heritage. This paper focuses on one of them, the Southern Agrarian movement, as exemplary of this radical intellectual project.
Международные институты в глобальной архитектуре содействия развитию
Зайцев Ю. К., Перфильева О. В., Рахмангулов М. Р. и др. М.: Издательский дом НИУ ВШЭ, 2011.
Персонифицированная легитимность.
Скиперских А. В. Свободная мысль. 2005. № 8. С. 119-203.
Russian Competition law in light of the principles of ex post and ex ante
Totyev K. Y. Law. LAW. Высшая школа экономики, 2014
This article is devoted to the legitimation and application of the standards of ex post and ex ante by courts and the executive authorities in the sphere of competition regulation. The postulates of ex post and ex ante are considered as legal principles. The principle of ex post is intended solely for judicial and administrative application; it has a deontological framework; it assumes that the legality of the activity of economic entities is assessed only on the basis of positive legal criteria in terms of the subjective rights violated; it is limited to a particular case. The traditional approach to the principle of ex post limits the scope of its application on the subjects and excessively expands its objects. The postulate of ex ante has a utilitarian basis which assumes the assessment of the application of relevant rules in the future. One of the main aims of the article is to refute the common view of lawyers and economists that a legislator applies principle of ex ante not being bound by principle of ex post, while it is the other way around for the courts and the executive authorities. The principle of ex ante may be applied not only in the process of the creation of new rules but also at the application stage for existing rules on economic competition. This is justified because the arguments of the courts and the executive authorities about a refusal to take into account the consequences of a decision in a particular case are not convincing.
Ритуалы в медиатизированном обществе
Черных А. И. Политическая теория и политический анализ. WP14. Высшая школа экономики, 2012. № 03.
Социальный капитал и экономические представления российских и китайских студентов
Татарко А. Н. Психология образования в поликультурном пространстве. 2012. Т. 17. № 1. С. 47-55.
Императорская Россия
Анисимов Е. В. СПб.: Питер, 2008.
Sophisticated Bidders in Beauty-Contest Auctions
Galavotti S., Moretti L., Valbonesi P. Marco Fanno. None. University of Padova, 2014. No. 187.
In this paper, we study bidding behavior by firms in beauty-contest auctions, i.e. auctions in which the winning bid is the one which gets closest to some function (average) of all submitted bids. Using a dataset on public procurement beauty-contest auctions in Italy and exploiting a change in the auction format, we show that firms’ observed bidding behavior departs from equilibrium and can be predicted by an index of sophistication, which captures the firms’ accumulated capacity of bidding well (i.e., close to optimality) in the past. We show that our empirical evidence is consistent with a Cognitive Hierarchy model of bidders’ behavior. We also investigate whether and how firms learn to think and bid strategically through experience.
Russia in the System of the European Environmental Governance of the Baltic Sea Area
Nechiporuk D., Belokurova E., Nozhenko M. Working Papers of Centre for German and European Studies. Centre for German and European Studies, 2011. No. 10.
The paper describes some results of the international project “Improving Societal Conditions for the Baltic Sea Protection” (PROBALT) conducted by the international team of scholars from Finland, Germany and Russia in 2009-2011 in the framework of the broader BONUS+ programme. The project rested on the assumptions that the relatively unsuccessful actions aimed to protect the Baltic Sea cannot be explained only by lack of scientific knowledge of the existing ecological problems. Here, an important role is played by the sociocultural factors that influence the course of environmental policy at different levels: supranational, national and subnational. Special attention was drawn to the problem of eutrophication or enrichment of water bodies with the so called biogenic substances (phosphates, nitrogen, etc), which leads to massive algae bloom and lack of oxygen for marine organisms. Therefore, the principal aim of the research was to define the societal conditions for the protection of the Baltic Sea in the cases of the EU and some coastal countries like Finland, Sweden, Germany, Poland, Lithuania, Latvia, Estonia and Russia. But in this Working Paper only the results of the research on the Russian case are presented.
Proceedings of the Seventh conference on International Language Resources and Evaluation (LREC'10), Valletta, Malta, 17-23 May 2010
Valletta: ELRA, 2010.