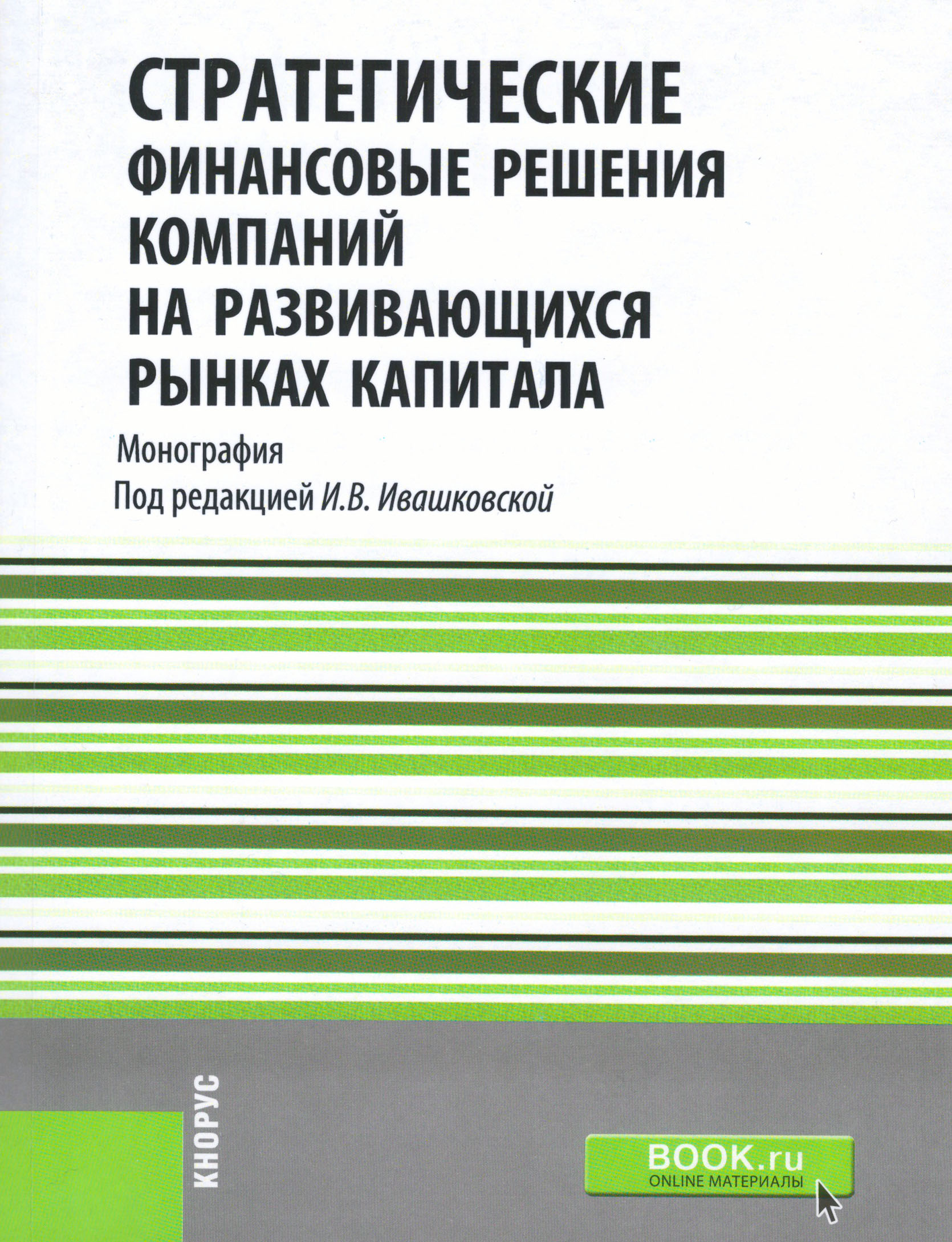 In this study we analyze a problem of the account of low liquidity of securities at carrying out of the fundamental analysis in the Russian capital market. The discount rate for prediction cash flow is a important factor in target price calculation. Standard САРМ as a model to explain assets pricing has restrictions in practical application. One of the problems of application - low liquidity of stocks in emerging markets. In this study we test on 72 companies of RTS stock exchange the technique of formation of the beta-factor, offered by Aton Investing Group and applied by a number of analyticals of the investment companies of the Russian market. This technique tries to consider both the size of the company, and a level of liquidity of its stocks.

The Performance of Mergers and Acquisitions in Emerging Capital Markets: New Evidence
Grigorieva S., Petrunina T. Financial Economics. FE. Высшая школа экономики, 2013. No. WP BRP 20/FE/2013.
Researchers have long tried to define the impact of corporate mergers and acquisitions on company performance. We contribute to the existing literature by examining the influence of M&A deals on company value in the short-run using the event study method and in the long-run based on economic profit concept. Examining a sample of 80 deals initiated by companies from emerging capital markets over 2002-2009, we find that M&As are value-destroying deals for the combined firms. Results from the long-run analysis prove the negative industry-adjusted differences between post-acquisition and pre-acquisition performance measures. The difference is equal to a significant -3.3% for the EBITDA/Sales ratio. The Economic Profit approach demonstrates a similar result. Our findings from the short-run analysis indicate that the announcements of M&A deals generate significant high returns for target shareholders, while the returns to bidder shareholders are not significant. We also analyze the determinants of M&A performance, such as method of payment, business similarity, and the target’s country.
Реакция рынка на объявление о приобретении компаний открытого и закрытого типов
Чиркова Е. В., Чувствина Е. В. Корпоративные финансы. 2011. № 3. С. 30-43.

The article presents the results of the research regarding abnormal return in M&A deals with private and public targets in emerging markets. The research was devoted to empirical verification of the dependence of buyer's abnormal return on the factors determining private target discount, as well as excess premium paid for the target compared to average industry multiples. Private target discount was defined as the difference between the deal value and the price calculated based on average multiples of comparable public companies. In addition the ability of the market to differentiate deals with wrong motivation, in particular transactions aimed at bootstrapping, was analyzed.