This volume is the first of its kind to offer a detailed, monographic treatment of Semitic genealogical classification. The introduction describes the author's methodological framework and surveys the history of the subgrouping discussion in Semitic linguistics, and the first chapter provides a detailed description of the proto-Semitic basic vocabulary. Each of its seven main chapters deals with one of the key issues of the Semitic subgrouping debate: the East/West dichotomy, the Central Semitic hypothesis, the North West Semitic subgroup, the Canaanite affiliation of Ugaritic, the historical unity of Aramaic, and the diagnostic features of Ethiopian Semitic and of Modern South Arabian. The book aims at a balanced account of all evidence pertinent to the subgrouping discussion, but its main focus is on the diagnostic lexical features, heavily neglected in the majority of earlier studies dealing with this subject. The author tries to assess the subgrouping potential of the vocabulary using various methods of its diachronic stratification. The hundreds of etymological comparisons given throughout the book can be conveniently accessed through detailed lexical indices. 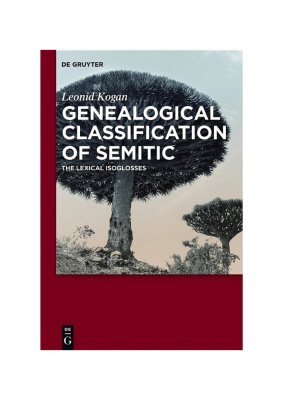 Автоматическая аннотация изображений на основе классификации статистических классов
Броневич А. Г., Мельниченко А. С. Нечеткие системы и мягкие вычисления. 2011. Т. 6. № 1. С. 31-42.
HGA: Hybrid genetic algorithm in fuzzy rule-based classification systems for high-dimensional problems
Pardalos P. M., Aydogan E., Karaoglan I. Applied Soft Computing Journal. 2012. Vol. 12. No. 2. P. 800-806.
The aim of this work is to propose a hybrid heuristic approach (called hGA) based on genetic algorithm (GA) and integer-programming formulation (IPF) to solve high dimensional classification problems in linguistic fuzzy rule-based classification systems. In this algorithm, each chromosome represents a rule for specified class, GA is used for producing several rules for each class, and finally IPF is used for selection of rules from a pool of rules, which are obtained by GA. The proposed algorithm is experimentally evaluated by the use of non-parametric statistical tests on seventeen classification benchmark data sets. Results of the comparative study.
Technology Classification for the Purposes of Future Studies
Kuzminov I., Meissner D., Lavrynenko A. S. et al. Science, Technology and Innovation. WP BRP. Высшая школа экономики, 2018. No. 78/STI/2018.
The paper analyses problems associated with technologies classification for the purposes of futures studies, in order to ensure definitive inclusion of technologies in specific classes/types when conventional approaches to classification are applied. The evolution of classification approaches in the scope of science philosophy is shortly reviewed, together with the latest research on expert-based and computerised (algorithmic) classification and methodological dilemmas related to hierarchical aggregation of technological and production processes are analysed. Common problems with classifying technologies and industries frequently encountered in the age of converging technologies are examined, using the agricultural sector and related industries as an example. A case study of computerised classification of agricultural technologies based on clustering algorithms is presented, with a brief analysis of the potential and limitations of the methodology. For doing so a two-stage approach to classifying technologies is suggested, based on distinguishing between platform (multipurpose) and industry-specific technologies. An adaptive approach to analysing technological structures is proposed, based on many-to-many relationships and fuzzy logic principles.
Advances in Information Retrieval
Kuznetsov S., Serdyukov P., Segalovich I. et al. L.: Springer, 2013.
Tagaš in der russischen historischen Lexikographie und Etymologie
Roman Krivko. In bk.: Schnittpunkt Slavistik. Ost und West im wissenschaftlichen Dialog. Festgabe für Helmut Keipert zum 70. Geburtstag. Vol. 3: Vom Wort zum Text. Bonn: Vandenhoeck & Ruprecht, 2012. P. 59-68.

The article is dedicated to the loanword tagash as attested in Russian historical lexicography and etymology, and its paronimical attraction with the Turkic word tugash. The open access to the text cannot be provided due to copyright restrictions.

Symbolic classifiers allow for solving classification task and provide the reason for the classifier decision. Such classifiers were studied by a large number of researchers and known under a number of names including tests, JSM-hypotheses, version spaces, emerging patterns, proper predictors of a target class, representative sets etc. Here we consider such classifiers with restriction on counter-examples and discuss them in terms of pattern structures. We show how such classifiers are related. In particular, we discuss the equivalence between good maximally redundant tests and minimal JSM-hyposethes and between minimal representations of version spaces and good irredundant tests.

This book constitutes the refereed proceedings of the 6th IAPR TC3 International Workshop on Artificial Neural Networks in Pattern Recognition, ANNPR 2014, held in Montreal, QC, Canada, in October 2014. The 24 revised full papers presented were carefully reviewed and selected from 37 submissions for inclusion in this volume. They cover a large range of topics in the field of learning algorithms and architectures and discussing the latest research, results, and ideas in these areas.

In this paper, we use robust optimization models to formulate the support vector machines (SVMs) with polyhedral uncertainties of the input data points. The formulations in our models are nonlinear and we use Lagrange multipliers to give the first-order optimality conditions and reformulation methods to solve these problems. In addition, we have proposed the models for transductive SVMs with input uncertainties.

Non-Gaussian Component Analysis: New Ideas, New Proofs, New Applications
Panov V. Economic risk. Discussion paper SFB 649. Humboldt-Universität zu Berlin , 2010. No. 2010-026.
In this article, we present new ideas concerning Non-Gaussian Component Analysis (NGCA). We use the structural assumption that a high-dimensional random vector $\vX$ can be represented as a sum of two components - a low-dimensional signal $\vS$ and a noise component $\vN$. We show that this assumption enables us for a special representation for the density function of $\vX$. Similar facts are proven in original papers about NGCA (\cite{Blan06}, \cite{Died07},  \cite{Kaw07}), but our representation differs from the previous versions. The new form helps us to provide a strong theoretical support for the algorithm; moreover, it gives some ideas about new approaches in multidimensional statistical analysis. In this paper, we establish important results for the NGCA procedure using the new representation, and show benefits of our method.
Automatic Detection Of Gender Identity: The Phenomenon Of Russian Women's Prose
Khazova A. Linguistics. WP BRP. НИУ ВШЭ, 2018. No. 71.
The article deals with the method of automatic detection of authors ' gender identity on the material of fiction prose of 1980-2000. During this period, there is a special construct, called "women's prose", which is characterized by a special genre and stylistic originality. We set ourselves the task to find out whether the concept of “women's prose” refers only to the non-text reality or is clearly reflected at the level of language. We have collected corpus of texts 1980-2000 and conducted that identified the most effective machine learning algorithms for the classification of male and female prose.
Развитие современного информационного пространства: анализ и перспективы
Дзялошинский И. М., Пильгун М. А., Тощева А. В. и др. Вып. 11. М.: АПК и ППРО, 2012.
Технологии работы с текстовой и фактографической информацией. Словарь-справочник
Шаров А. Г. МегаВерсия, 2007
Эффективные стратегии и тактики в современных коммуникационных процессах
Edited by: М. А. Пильгун Вып. 10. М.: АПК и ППРО, 2012.
Boris Pasternak: Russian Writer in Italy
Galatenko Y. N. Academic Journal of Interdisciplinary Studies. 2013. Vol. 2. No. 9. P. 304-309.