Yiddish in the Cold War

Yiddish-speaking groups of Communists played a visible role in many countries, most notably in the Soviet Union, United States, Poland, France, Canada, Argentina and Uruguay. The sacrificial role of the Red Army, and the Soviet Union as a whole, reinforced the Left movement in the post-Holocaust Jewish world. Apart from card-careering devotees, such groups attracted numerous sympathisers, including the artist Marc Chagall and the writer Sholem Asch. But the suppression of Yiddish culture in the Soviet Union radically changed the climate in Jewish left-wing circles. Former Communists and sympathisers turned away, while the attention of Yiddish commentators in the West turned to the conditions for Jewish cultural and religious life in the Soviet Union and Poland, Jewish emigration and the situation in the Middle East. Ideological confrontations between Communist Yiddish literati in the Soviet Union, United States, Canada, Poland, France and Israel are in the centre of Gennady Estraikhs pioneering study, Yiddish in the Cold War. This ground-breaking book recreates the intellectual environments of the Moscow literary journal Sovetish Heymland (the author was its managing editor in 1988-91), the New York newspaper Morgn-Frayhayt and the Warsaw newspaper Folks-Shtime. 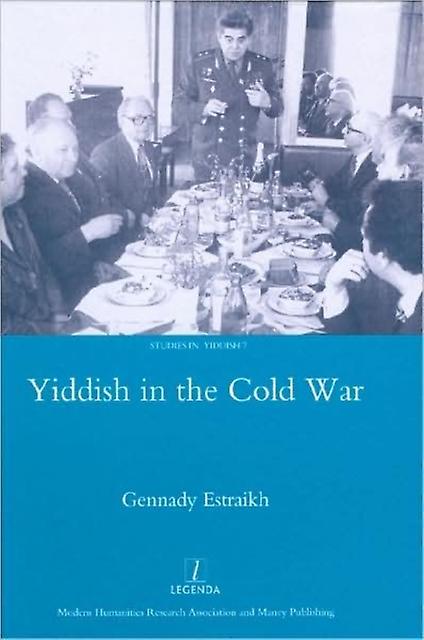