M.: Higher School of Economics Publishing House, 2017.
Kimerling A. S.
In the monograph two kinds of political campaigns, namely the repressive ideological ones, such as campaigns against the artistic intelligentsia and cosmopolitanism,the KR case, the Doctor’s Plot case, and the mobilization ones, such as electoral campaigns at the Union, union republic and local levels, have been analyzed. The book explores the methods of studying campaigns and the historiography of the Stalin era. The social and economic situation in Molotovskaya oblast as well as the everyday life of inhabitants of the Prikamye area in thepost-war years have been reconstructed in the monograph. A case study of Perm exemplifies the reconstruction of the mass political campaigns in 1946–1953 which were instrumental in implementing Stalin’s policies, governmental activities and mass response. The mechanisms and structure of Stalin’s political campaigns, including participants, victims, set of norms, procedures, conflicts, and functions, have been identified and described. The author demonstrates the regional specific aspects of political campaigns as exemplified by the materials of six local and central archives.
The book is designed for academicians and students of humanitarian studies as well as for a wide audience of those interested in the history of the Stalin era.
Language: Russian
Sample Chapter
Full text
DOI
Keywords: культурология
Publication based on the results of:
Политические кампании сталинской эпохи в Прикамье (1946-1953 годы) (2013) 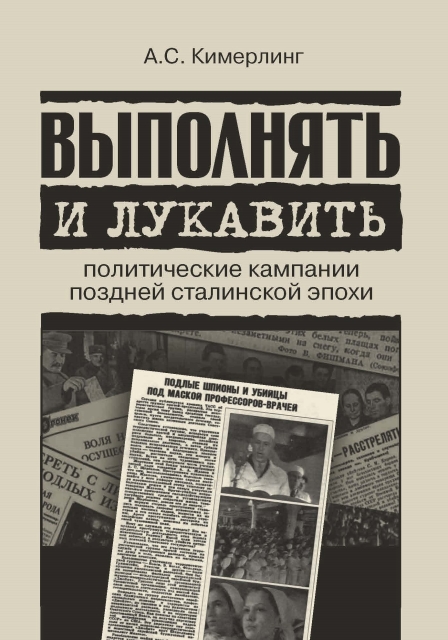