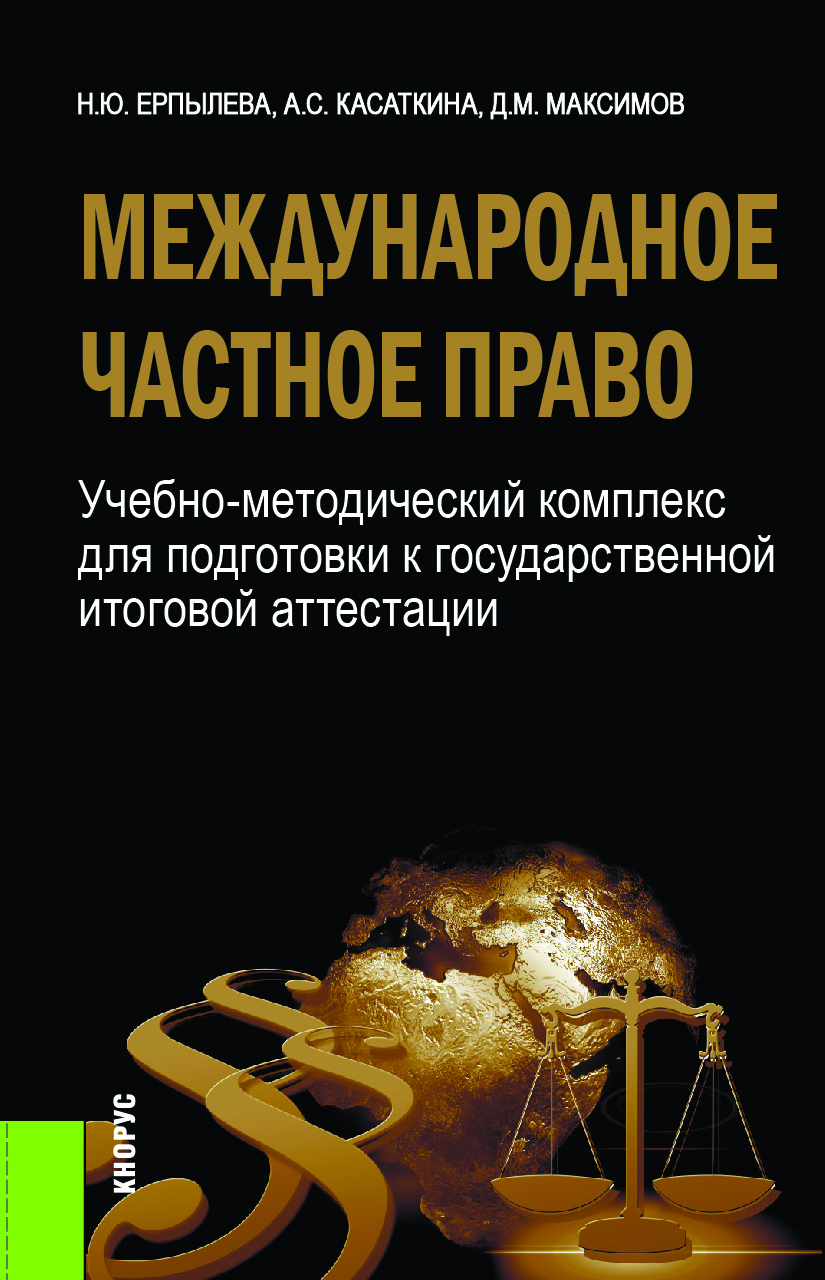 Similar publications
The Legitimacy of the Bolshevik Order, 1917-1918: Language Usage in Revolutionary Russian Law
Borisova T. Y. Law. LAW. Высшая школа экономики, 2012. No. 05.
The article describes and analyzes the legislative politics of revolutionary regimes in Russia in 1917-1918. The author aims to demonstrate the political meaning of the form of early Soviet legislation and its legitimizing effect. The revolutionary legislators often used specific language in the new laws as a vehicle of legitimacy, i.e. to make the people comply. The two main types of legal language used by the Bolsheviks can be interpreted from the perspective of different types of legitimacy. The revolutionary strategy used propagandistic legislation, written in the language of lay people, which urged them to act according to the new law. It can be seen as a request for acts of the people to legitimize the soviets. On the contrary, the traditional strategy employed old bureaucratic means of writing and distributing legislation to the local soviets. The language used by this strategy was closed to the understanding of a lay audience and implied traditions of obeying the law written in familiar legal language, which in turn implied rational/legal legitimacy. The second strategy had already become dominant after the first months of the Bolshevik revolution. This observation demonstrates that from the very beginning of their rule, Soviet leaders approached legislative policy from a technocratic point of view, which determined the further development of Soviet legal theory and practice.
Регулирование международного частного права и международного гражданского процесса в Аргентине (общая характеристика и процессуальный аспект)
Ерпылева Н. Ю., Гетьман-Павлова И. В. Международное правосудие. 2019. № 1. С. 134-147.

The present article examines the main peculiarities of modern development of the sources of Private International Law, including domestic legislation, international treaties, international customs, case law, legal acts of international organizations and lex mercatoria. The author proved that at present the main trend of the development of domestic legislation as a source of PIL consists of its intensive and extensive codification. Another trend of the development of PIL sources undermines the enlargement of instruments of non-state regulation of private international relations, namely, lex mercatoria as an example of soft law. As far as the development of PIL sources in the European Union is concerned, two trends may be observed simultaneously: firstly, formation of European conflict law and European Civil Procedure by instruments not only having legal force but also having direct application on the territory of the EU Member States (regulations); secondly, formation of the unified material rules regulating private relations amongst different subjects on the territory of the EU, which are contained either in regulations, or in non-binding documents.

The article examines current trends in the process of national codifications of international private law (PIL) on the example of countries in Asia and Africa. The choice of the subject of the study is due to the fact that the PIL of these countries is least known to the Russian reader. Meanwhile, the process of codification of PIL is global, covering all regions of the world, including Asia and Africa. The legislation of these countries demonstrates the whole variety of forms and methods of codification of PIL, the whole range of contradictions and problems that arise when developing new laws and modernizing old ones. The article concluded that in the codification of MPEs in African and Asian countries, the intrabranch form dominates, with a considerable number of legislators preferring the intrabranch integrated method; there is a direct borrowing of the European models adopted many years ago, often without their adaptation to current trends in the development of the PIL; many laws on PIL in Islamic countries have a religious tint, which may hinder the normal development of cross-border private relations.

Simms ubi suinus. Международное право XXI века: мир и безопасность, сотрудничество, права человека: Liber в честь профессо Amicorum в честь профессора Людмилы Петровны Ануфриевой
М.: 2016.
The Founders Of 16th Century Belgian Realism in Private International Law Doctrine
Getman-Pavlova I. V. Law. LAW. Высшая школа экономики, 2016. No. WP BRP 64/LAW/2016.
This article restores to academic circulation the names of representatives of the 16th century Belgian School of Realism, who have been unjustly forgotten in modern Private International Law [PIL] doctrine—Nicolas Everhard, Pieter Peck and Johannes à Sande. These scholars are the founders of the Belgian-Dutch theory of conflicts of laws which anticipated the classic Dutch “comity” doctrine and provided the framework for the Anglo-American doctrine of the regulation of international civil relations. The theory of Belgian realism was first outlined by Everhard, Peck and Sande and was formed on the theory of statutes—the sole doctrine of PIL for 500 years. Belgian Realism is a separate direction in the theory of statutes which triggered the process of a strongly territorial concept of conflict resolution between choice of law rules of different states. However, despite their outstanding contribution to the legal practice and doctrine of their time, these scholars are not known to modern jurisprudence. The article concludes that Everhard, Peck and Sande developed the choice of law rules which are now adopted by modern legislation; moreover, their works may serve to develop international comity doctrine, which has been adopted by modern PIL.
Прецедентное право Европейского союза и его влияние на регулирование вопросов признания правосубъектности юридических лиц
Касаткина А. С., Рудерман И. Ф. Право. Журнал Высшей школы экономики. 2017. № 3. С. 121-135.

Nowadays, the European Union has faced significant difficulties associated with the creation of a uniform mechanism for determining the personal law (Statute) of legal entities, i.e. single collision bindings to the personal statutes of companies. Attempts to achieve convergence and harmonization of national legislations in this matter have not yet been crowned with success. The purpose of this study is to analyze the provisions applied in the countries of the European Union, the criteria for determining the personal law of legal persons, as well as judicial practice aimed at the gradual approximation, harmonization and leveling of contradictions in various legal systems. In the article, using a comparative method of research, a detailed analysis of the norms of international treaties and the case law of the Court of the European Union regulating the recognition of legal personality of legal persons was carried out. The following conclusions are drawn as a result of the development of the case law of the European Union: the movement of both the statutory and actual location of the company is allowed under the law of the European Union;the establishment of a company in a state with a more liberal corporate regime is not an abuse of the institution's freedom, even if it serves to circumvent the norms of another member state in which all the company's activities will be carried out; is also not an abuse of the performance of activities not at the place of registration but at the location of the branch of the company; the receiving state is obliged to recognize that a foreign company conducts its activities on its territory, to recognize its legal personality, the settlement theory in this case does not work; the host State can not prohibit a transnational merger and its registration in its registry, if such registration is allowed when merging national companies; the company may move its statutory or actual location to another state without loss of legal personality under the law of the state of creation; the question of the possibility of maintaining the legal capacity and the law applicable to the company (state of creation) when moving to a foreign state is decided by the state of creation itself, which in this case has the right to prohibit or restrict such movement; if the company intends to change the applicable law and take the legal form of the company provided in the receiving state, the state of establishment can not prohibit the migration of the company and oblige it to be liquidated, provided that such a migration is allowed by the receiving state.

As our world becomes more interconnected, the need for international standards and cooperation in business and legal standards is becoming increasingly evident. As more companies and businessmen from all over the world enter into contracts with foreign counterparties the question immediately arises of how disputes on such contracts may be settled (“disputes containing a foreign element”). It is worth mentioning the parallel that the clearer the procedure of international dispute settlement in a state, including recognition and enforcement of decisions on such a dispute, the friendlier the general environment for foreign investments. Article deals with Problem Areas Of International Dispute Resolution In Russia and Turkey.