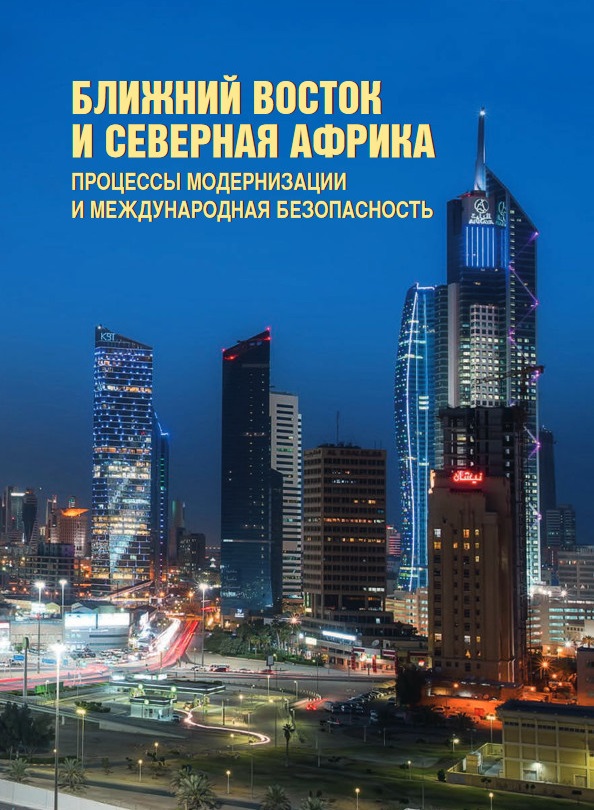 Similar publications
Paleoconservatism of the Southern Agrarians
Belkovich R. Law. LAW. Высшая школа экономики, 2013
The emergence of the Tea Party movement in recent years has shown that under the surface of mainstream political life in the USA there exists a different layer of ideas, which cannot be satisfactorily described in terms of the Republican/Democrat dichotomy. These ideas have their origins in the foundation of the American Republic, which owes a lot to ancient and mediaeval political theory. In the twentieth century there was a revival of these ideas in the form of the so-called “paleoconservative” movements which rediscovered their ancient and mediaeval heritage. This paper focuses on one of them, the Southern Agrarian movement, as exemplary of this radical intellectual project.
Order and Disorder in the International System (Global Interdisciplinary Studies Series)
Ashgate, 2010.

This volume examines the complex international system of the twenty first century from a variety of perspectives. Proceeding from critical theoretical perspectives and incorporating case studies, the chapters focus on broad trends as well as micro-realities of a Post-Westphalian international system. The process of transformation and change of the international system has been an ongoing cumulative process. Many forces including conflict, technological innovation, and communication have contributed to the creation of a transnational world with political, economic, and social implications for all societies. Transnationalism functions both as an integrative factor and one which exposes the existing and the newly emerging divisions between societies and cultures and between nations and states. The chapters in this volume demonstrate that re-thinking fundamental assumptions as well as theoretical and methodological premises is central to understanding the dynamics of interdependence.

Not all the questions related to the protection of right to life in armed conflicts have become subject of consideration of the international judicial and quasi-judicial bodies. Nonetheless already existing case-law allows to draw a conclusion that the role of International Human Rights Law in regulation of right to life has been changing, at least, in respect of non-international armed conflicts. These changes by their nature reflect the process of integration between norms of International Humanitarian and Human Rights Law, which leads to the strengthening of human rights protection in the specific circumstances of armed conflicts.

NATO and Russia in the Post-Wall Europe
Medvedev S. A., Tomashov I. In bk.: NATO in the 60th Anniversary of the North Atlantic Treaty: Challenges and Strategic Divergences from National Perspectives. Milan: FrancoAngeli, 2009. Ch. 11. P. 216-233.

The paper takes stock of NATO-Russia relations in the post-Soviet period and outlines the prospects for cooperation between them in future. NATO’s framework is seen as a very important mechanism for engaging Russia in an international dialogue. The authors conclude that for Russia, which prefers Realpolitik and the balance of power to the new liberal and postmodern policies, it is sometimes easier to deal with security-minded NATO than with the “post-heroic” EU.

A Contemporary Framework for National Security Related Technological Risks Minimisation
Chulok A., Suslov D., Moiseichev E. Y. Science, Technology and Innovation. WP BRP. Высшая школа экономики, 2015. No. 34.
Last several decades have shown a steady broadening of national security issues’ spectrum along with an increase in the strictness of international competition driven by advances in high tech-nologies and other factors. National security agenda is nowadays comprised not only of defense issues per se, but also includes economic, social, cultural and other aspects. All this is strongly influenced by the technological trends and the very possession of critical technologies has be-come a pressing national security issue. Thus, we are witnessing a gradual convergence of na-tional security and technological agendas. Advocating a proactive approach to tackling national security risks of a technological nature, the authors make an attempt to outline the contemporary innovative methodology of assessing, harnessing and counteracting such risks. Their key rec-ommendation lies in the appeal for joining the forces of theorists and practitioners in the field of both national security and science, technology and innovation (STI) policy to overcome the cor-responding challenges.
"Aspetti giuridici del BRICS". Atti del seminario scientifico di San Pietroburgo.
Alexeeva T. A. In bk.: Roma e America. Diritto romano comune. Modena: Stem Mucchi Editore, 2013. P. 257-258.

Преступность, национальная безопасность, бизнес
Клейменов И. М. М.: Российская криминологическая ассоциация, 2012.
PIRACY AS A THREAT TO INTERNATIONAL PEACE AND SECURITY
Varfolomeev A. A. Basic research program. WP BRP. National Research University Higher School of Economics, 2015. No. 14/IR/2015.
The study focuses on specific issues in the system of international security related to piracy in its new nowadays dimension. The first part examines the adequacy of the classical approach to treat piracy as a common crime with the international element. The essay compares contemporary piracy to other illicit activities committed by non-state actors. The second part deals with the status of threat to international peace and security potencially applicable to piracy. The essay concludes with a brief case study on the role of the UN Security Council in suppressing piracy off the coast of Somalia under norms of international security law.
Конфликты в Африке: причины, генезис и проблемы урегулирования (этнополитические и социальные аспекты)
Edited by: И. О. Абрамова, Д. М. Бондаренко М.: Институт Африки РАН, 2013.