Global and Russian Energy Outlook up to 2040

The protracted nature of the current global financial crisis has led to reduced forecasts of economic and energy consumption growth accompanied by an obvious accelerated increase in the share taken by developing countries. • In the long term, fossil fuels will remain dominant, against the background of a slower growth in the share of non-hydrocarbon energy resources than was estimated in the previous Outlook. The ‘shale breakthrough’ has postponed for two or three decades the threat of running out of economically viable oil and gas reserves – which had seemed so close just five to seven years ago – and has secured the predominantly hydrocarbon character of the world’s energy sector. The share of oil and gas in world primary energy consumption will remain practically unchanged (53.6 per cent in 2010 and 51.4 per cent by 2040). • The study of oil and gas price dynamics in different scenarios did not show fundamental cause for alarmist forecasts predicting either too high, or extremely low, prices within the period under review. In all cases – ranging from future success to possible failure of shale technologies – oil prices in 2040 will not move out of the range $100–130/bbl. Gas prices will be closely correlated with oil prices, but also strongly differentiated by region (which does not exclude large short-term fluctuations in prices under the influence of political and speculative factors). • Despite the integration of oil and gas markets, as international trade in oil and liquefied natural gas (LNG) expands, the trend towards regionalization of prices, resulting in considerable differences in price levels, will gain momentum. • Natural gas will account for the most substantial increase in absolute volumes of consumption, and the share taken by gas in primary energy consumption will increase more than that of any other fuel. The next 30 years could, quite reasonably, be considered as ‘the era of gas’. But Russia runs the risk of missing the resulting opportunities. • The consequences of the expected transformation of world energy and, especially, hydrocarbon markets will not significantly change the fuel markets themselves, but the positions of the leading market participants will clearly be rebalanced, while some global players will be able to gain influence. The results of our research clearly show that Russia will be more susceptible to adverse changes in market conditions during the forecast period. In the Baseline Scenario, Russian oil and gas exports to foreign markets appear to be significantly lower than the official national projections. • High costs and the current taxation system both limit the competitiveness of Russian energy resources in global markets. The Russian fuel and energy complex could face severe restrictions on external demand for energy resources at prices acceptable to Russia, resulting in additional risks for Russia’s energy sector and economy. This research provides preliminary estimates of the consequences of this impact on the country’s economic growth (one percentage point slowdown per year) and possible measures to compensate for it. 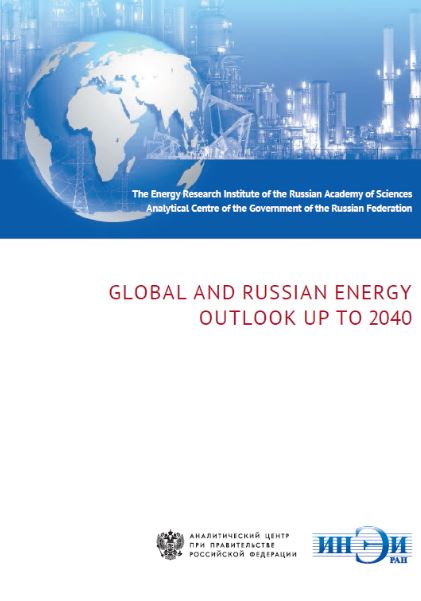 High energy resource dependence of Ukraine's economy on gas imported from Russia is caused above all by the fact that while the Ukrainian industry is largely dependent on the Russian fuel there are no alternatives for Ukraine to diversify its import in the medium term. Key Ukrainian industries (the ore-metallurgical complex and the chemical industry) are too much dependent on the Russian gas.

In this paper development of a 2D indoor positioning system based on a wireless sensor network (WSN) technology (ZigBeePro protocol) to use for transmission power adjustable solutions is described. There was implemented real-time system with different positioning methods and algorithms: triangulation, fingerprinting, fingerprinting with K weighted nearest neighbor algorithm. There was also implemented median filter to make the raw data smoother. The important point in this study is to compare different methods for different physical areas. Experimental results in real environment showed the difference in accuracy for different methods for different areas. With the software it is possible to configure positioning system by changing weights for different nodes in K weighted nearest neighbor algorithm. The software developed for the coordinates estimation can help determination of the points in the real area with 0 m accuracy where it is possible to set up special control devices and guarantee location of the mobile device and where it is also possible to adjust transmission power after defining the position of the mobile device.

Методическое пособие по математической физиологии. Количественная оценка вегетативных энерготрат и восстановления человека. Часть 1
Иванов А. И., Орлов О., Демин А. В. и др. Ч. 1. М.: Слово, 2012.
Discrepancies between Environmental Kuznets Curves for Production- and Consumption-based CO2 Emissions
Makarov I. A. Economics/EC. WP BRP. Высшая школа экономики, 2018. No. WP BRP 199/EC/2018.
This paper analyzes the patterns of CO2 emissions for a sample of 144 countries in the period from 1992 to 2013. Environmental Kuznets curve (EKC) hypothesis was tested with the help of econometric analysis for both production- and consumption-based emissions. The relationship between incomes and emissions was also examined at the level of leading national economies. The results show important distinction: while there is some evidence of decoupling between economic growth and the growth of production-based emissions at the higher level of income, consumption-based emissions continue to grow with rising incomes even in the richest countries. The further investigation is devoted to discrepancies between production and consumption EKCs which are determined by emissions embodied in international trade. Structural decomposition analysis was applied to define the contribution of different factors to the change in emissions embodied in trade with the rise of GDP per capita. While structural and technological factors are dominant in explaining this change at the low and middle level of income, the effect of volume of trade plays the key role in evolution of emissions embodied in trade in high-income countries.
Особенности процесса энергетической трансформации в ФРГ
Супян Н. В. В кн.: Современная Германия. Экономика и политика. М.: Весь мир, 2015. Гл. 11. С. 291-304.
Global energy trends and their implications for Russia: a pathway to the new energy wave
Kyzyngasheva E., Proskuryakova L. N. Science, Technology and Innovation. WP BRP. Высшая школа экономики, 2016. No. 64.
Despite the success of many countries in increasing energy saving and energy efficiency, the global energy consumption is expected to continue its growth. The main reasons are economic development and population growth happening primarily in developing and emerging economies, especially in India and China. In such circumstances fossil fuels will remain the dominant energy source in the medium and even long run. The present research paper aims at analyzing the current global trends in the energy sector identified through literature review and expert tools, and their influence on Russia. Considering a broad range of factors, the paper determined the following main challenges for the Russian energy sector: tightening competition at international energy markets, the need for comprehensive modernization and stronger energy efficiency measures, the need for technological catch-up in a number of energy sector segments, the need to increase recovery factor at traditional oilfields, and the need to diversify energy mix by increasing the share of renewables. The paper also considers the main rationale for the last challenge that include strengthened security, reliability and sustainability of the Russian energy sector. Among the key preconditions for advancements in renewable energy are improvements in investment climate, modernisation of the central grid and changes in energy policy. The paper is based on the outcomes of the first stage of the Foresight project devoted to renewable energy technologies.
Collaborative Research in Energy Efficiency and Renewable Energy: Evidence From 5 Years of US-Russian Research Cooperation
Thurner T., Proskuryakova L. N. Journal of Research Practice. 2013. Vol. 9. No. 1.

We reviewed the output of research and innovation cooperation between Russia and the US, including publications and patents, in the four prospective areas of energy efficiency and renewable energy during 2007-2011. Joint US-Russia research groups appear to focus primarily on hydrogen energy (fuel cells), followed by solar photovoltaics. The upcoming areas of smart grid and biofuels were left out entirely both from research and innovation collaboration. Russian patents in green energy technologies registered in the US are very low in comparison to those from Japan, Korea, and China.

Structural Transformation and Quality Ladders: Solving the "Theil's Cube"
Gnidchenko A. Economics/EC. WP BRP. Высшая школа экономики, 2019. No. 218.
We propose a decomposition of weighted Theil index of export concentration into the quantity- and quality-driven terms and calculate the proposed components for 5038 product groups and 120 countries. We link our findings to the debate on the role of quality upgrading in structural transformation. The results do not support the idea that climbing quality ladders (or quality upgrading within the actually exported products) is the best way to proceed with structural transformation: for most countries, the share of the quality-driven component of weighted Theil index doesn’t exceed 20 per cent.