The article considers such notions of cognitive science as cognition, concept and conceptual sphere by examining one of the works of the Anglo-Scottish cycle. It describes the human basic cognitive processes of exploring the world around, the origin and evolution of the mythological concept as a way of unique world perception. 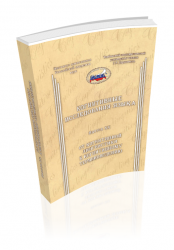 The article describes theoretical junctions revealed by different definitions and usages of the concept “political myth”. It argues that the main difficulty results from the fact that “myth” is a “universal” social phenomenon that is rather “particular” in its manifestation: it is fundamental for any society, but its “work” depends on perception of specific groups in concrete contexts. The article considers theoretical discussions about a narrative nature of contemporary myths, their exclusively verbal or non-verbal form, about arrangement of mythical comprehension of reality and mechanisms of mythologization, about connections between myths and ideologies. However most scholars agree that about capability to be shared and perceived as “a natural order of things” should be considered  a key characteristic of any myth. This category is fundamental for analysis of symbolic politics. However its heuristic potential depends on a particular research focus. In the frame of narrower approach that considers symbolic politics as a “constructivist” activity of political elites aimed at manipulation of mass consciousness “the myth” comes as a category of political practice; it points to “artificial”, simulating character of the constructed signs. While a wider approach viewing symbolic politics as a social production of competing ways of interpretation of reality and struggle for their domination opens a perspective for considering myth as communicative process that involves both mythmakers and their auditory. It makes focus on a study of both political and semantic conditions that make particular myth a “lens” that determines perception of reality. So, myth turns to be both category of practice in symbolic politics and instrument of its analysis which makes the work with this term rather complicated.

This paper focuses on the cognitive foundation of the semantics of English adjectives that denote mental and moral characteristics of human beings. Research into these adjectives seems a challenging task because they denote abstract qualities that cannot be perceived through vision, hearing, or touch; and here a question arises: How are abstract qualities interpreted in English encoded through adjectives? To answer it, this study follows the idea of two-level semantics, i.e. word semantics is treated as a two-level phenomenon that comprises the semantic (external) level and the conceptual (deep) one. This study is the first to address adjectival semantics from this perspective. Here a novel approach to revealing the cognitive foundation of adjectives is introduced: given that adjectives originated from old syncretic items and a word cognitive model forms at the moment of word creation, cognitive models underlying adjectives' semantics are unearthed via analysis of their etymological data. Our contribution is two-fold. First, the approach has revealed that the image schema CONTAINER guides semantics of an array of various adjectives independent of their morphemic structure or date of origin. The examples demonstrate that abstract human qualities are interpreted via the following container features: boundary, container substance, size, hardness/softness of a container shell, etc. The semantics of affixed or compound adjectives appear to stem from the integration of concepts represented by an affix and a root or two roots, respectively. Second, the findings show that the value given to every container feature appears to predetermine the evaluation conveyed by an adjective. Container features tend to possess ambivalent value, realizing the positive or negative one due to the interaction with a frame in which the CONTAINER is incorporated, therefore the same polysemantic adjective may develop both positive and negative meanings. To reveal the whole inventory of cognitive models that govern adjectival semantics in English, further research needs to be conducted.