by year
Subject
News
University Salaries Show Poor Correlation with Academic Achievements
In 2012, many universities started signing incentive contracts with their staff in order to stimulate research and active inclusion in the global academic market. Together with orders issued by Russia’s president in May, this has led to growth in university salaries. But exactly which responsibilities increase pay — teaching, research or administrative work? The answer to this question will help improve the effective contract system to make it profitable both for teachers and universities.
Attention Priority Map Explains Surprising Phenomena of Visual Search
Researchers from HSE University and Harvard University have found that the speed of finding an item with a unique combination of features is not affected by the ease with which these items can be grouped by features. Such results are predicted by theories of parallel attention control. The study is published in the Journal of Vision.
Life Satisfaction among Young People Linked to Collectivism
The values of collectivism remain important for young people. They promote a sense of loyalty to family and a willingness to accept support from loved ones. Young people who value mutual assistance and a close relationship with others are more satisfied with life, regardless of whether they belong to a collectivist or individualist type of culture.
Publications

The collection reflects the discussion of the bill on mediation in labour disputes recently proposed in Turkey. The discussion was organised in the form of an international conference held by the Turkish Association of Labour Law and Social Security Law and the Turkish Confederation of Employers Associations.

The paper is devoted to the idea of the applicability of mediation in employment disputes. 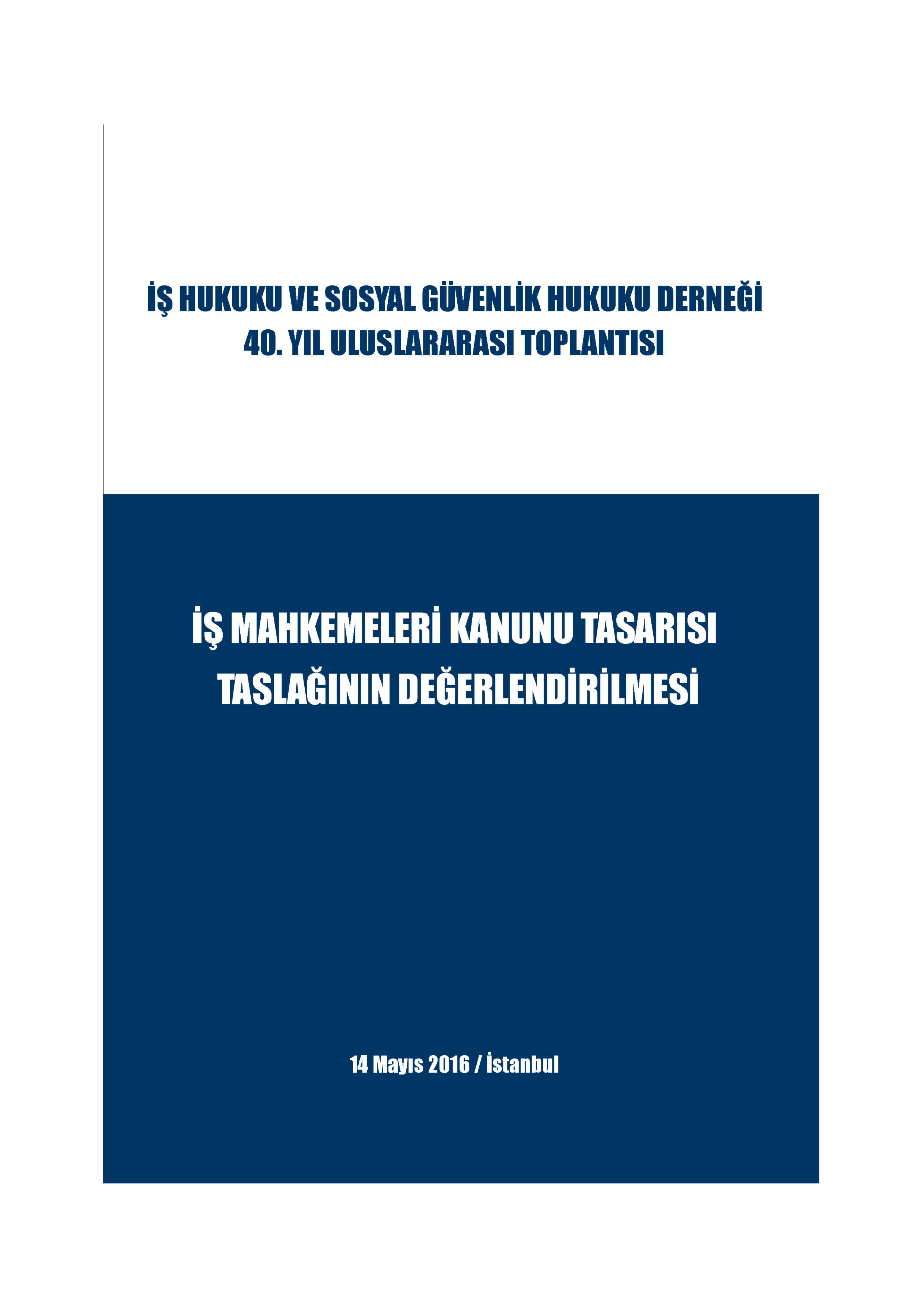 The Legitimacy of the Bolshevik Order, 1917-1918: Language Usage in Revolutionary Russian Law
Borisova T. Y. Law. LAW. Высшая школа экономики, 2012. No. 05.
The article describes and analyzes the legislative politics of revolutionary regimes in Russia in 1917-1918. The author aims to demonstrate the political meaning of the form of early Soviet legislation and its legitimizing effect. The revolutionary legislators often used specific language in the new laws as a vehicle of legitimacy, i.e. to make the people comply. The two main types of legal language used by the Bolsheviks can be interpreted from the perspective of different types of legitimacy. The revolutionary strategy used propagandistic legislation, written in the language of lay people, which urged them to act according to the new law. It can be seen as a request for acts of the people to legitimize the soviets. On the contrary, the traditional strategy employed old bureaucratic means of writing and distributing legislation to the local soviets. The language used by this strategy was closed to the understanding of a lay audience and implied traditions of obeying the law written in familiar legal language, which in turn implied rational/legal legitimacy. The second strategy had already become dominant after the first months of the Bolshevik revolution. This observation demonstrates that from the very beginning of their rule, Soviet leaders approached legislative policy from a technocratic point of view, which determined the further development of Soviet legal theory and practice.
Трудовое право и эффективность предпринимательской деятельности: российские инициативы в контексте мирового опыта
Черняева Д. В. Трудовое право. 2010. № 5. С. 29-36.
Особенности заключения трудового договора с руководителем организации, его заместителем и главным бухгалтером
Кузнецов Д. Л. В кн.: Прием на работу. Заключение трудового договора. М.: Юридическая фирма «КОНТРАКТ», 2011. Гл. 10. С. 154-164.
Трудовые споры
Буянова М. О. М.: РГ-Пресс, 2014.

Perceptions of Transnational Employment Relations in Russia: Policy and Practice
Chernyaeva D. SSRN Working Paper Series. Social Science Research Network, 2013
The paper aims at analyzing the role of various legislative and policy sources in delineating the conceptual and regulative frameworks for transnational employment relations. This type of employment relations is still perceived as a novelty in Russia and is not actually reflected in the Russian legislation. However while during the last decades the legislature has not provided for a consistent approach to the understanding  of this phenomenon, the perception of it is now being formed - more or less successfully - on the international/interregional and corporate levels, as well as in contemporary research and in everyday practice. The paper offers an outline of recent academic studies defining particular groups and categories of transnational employment relations proposed by the Russian scholars, explaining problems that arise in the legal regulation of this phenomenon and suggesting possible ways of their solution. Apart from this the paper summarizes principles for the transnational employment relations regulation provided in interregional and bilateral treaties (mostly of the Commonwealth of Independent States and of the EuroAsEC levels). The author describes commonalities and variations of approaches that can be found in these documents, makes an effort to explain the reasons that have brought them about and gives some assumptions of their possible effect and productive usage at the national and enterprise levels. These speculations are supplemented with an analysis of enterprise level developments in regard to transnational employment relations – both national and multinational – that embrace introduction of new concepts and instruments, bringing to light new aspects of the phenomenon and spreading good practices on sectorial or inter-sectorial levels. Among other issues discussed in the paper there is an assumption that the time has come to give a more serious recognition of the so called “soft law sources” which can now be found on both international/interregional and enterprise levels. While these sources are widely used in practice they still lack official recognition and any particular status in the Russian legal doctrine.  This abundant data demonstrates some clear similarities and differences. Therefore it is argued that the field has been developed to the point where particular generalization and systematization can be performed to make the legislative amendments possible in the nearest future. The author provides several examples of such generalizations and amendments and makes an inference of their effect onto the policy and practice of all the stakeholders involved in transnational employment relations or responsible for their regulation in the Russian context.
Mediation in Russia: Regulation and Practice
Davydenko D. In bk.: Mediation. Principles and Regulation in Comparative Perspective. Oxford: Oxford University Press, 2012. Ch. 23. P. 1165-1200.

The chapter in a monograph gives an insight into the key problems and most recent tendencies of the law and practice of mediation in Russia. Russia already has detailed federal legislation governing mediation. Also, mediation has been practised in Russia for years, even when such legislation was not in force. Furthermore, Russian law governing mediation is in rapid development. Thus current Russian experience can be of interest to legislators and practitioners from many countries which also face problems with case overload in the state courts.

The article envisages the role of mediation in the dispute settlement mechanism in the World Trade Organization. It shows an example of a dispute from the WTO practice and shows how mediation can be useful for reaching a mutually satisfactory solutions even in highly complicated international economic controversies.