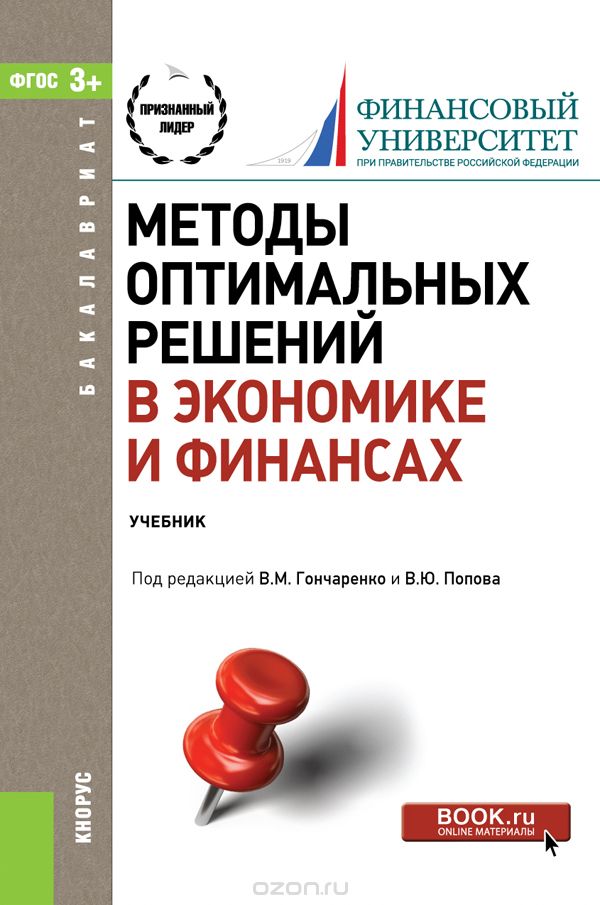 Две модели принятия решений участником торгов на фондовой бирже по формированию и изменению своего инвестиционного портфеля
Belenky A., Egorova L. G. Математические методы анализа решений в экономике, бизнесе и политике. WP7. Издательский дом ВШЭ, 2015. No.  WP7/2015/02 .
Two mathematical models formalizing the decision-making process by a trader on developing and changing her investment portfolio in a stock exchange are presented. According to the first model the trader can correctly predict future values of financial securities of her interest. In this case, the problem of finding optimal strategies of investing in these financial securities is reduced to solving a linear programming problem. Under the second model, by means of linear inequalities of a balance type, the trader can estimate the area in which the values of the whole spectrum of the above financial securities may change. In this case, the same problem is formulated as an antagonistic game, analogous to the game with nature, with a nonlinear payoff function. It is proven that saddle points in this game can be found by solving linear programming problems forming a dual pair.
Contributions to game theory and management
Iss. 4. St. Petersburg: Graduate School of Management, St. Petersburg University, 2011.

The collection contains papers accepted for the Fourth International Conference Game Theory and Management (June 28–30, 2010, St. Petersburg University, St. Petersburg, Russia). The presented papers belong to the field of game theory and its applications to management. The volume may be recommended for researches and post-graduate students of management, economic and applied mathematics departments.

Reaction–diffusion type replicator systems are investigated for the case of a bimatrix. An approach proposed earlier for formalizing and analyzing distributed replicator systems with one matrix is applied to asymmetric conflicts. A game theory interpretation of the problem is described and the relation between dynamic properties of systems and their game characteristics is determined. The stability of a spatially homogeneous solution for a distributed system is considered and a theorem on maintaining stability is proved. The results are illustrated with two-dimensional examples in the case of distribution.