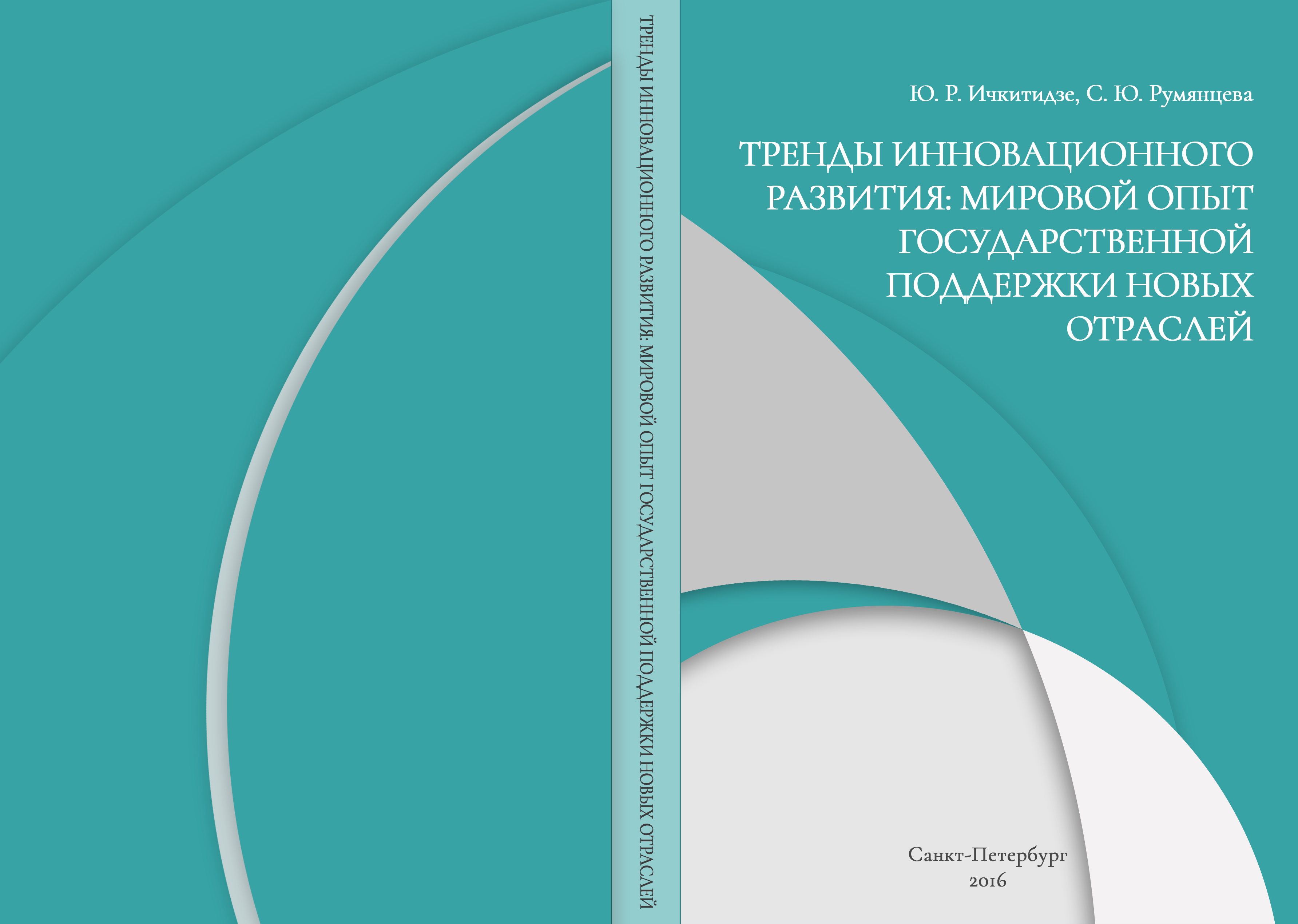 Similar publications
The Cyclic Dynamics of the Venture Capital
Dagaev A. A. In bk.: Waves, Warfare and World Security. Amsterdam: IOS Press, 2006. P. 72-79.

Социокультурные факторы инновационного развития региона
Екатеринбург: Уральская академия государственной службы, 2011.
Long-Term Science and Technology Policy – Russian priorities for 2030
Sokolov A., Chulok A., Mesropyan V. R. Science, Technology and Innovation. WP BRP. Высшая школа экономики, 2013. No. 19/STI/2013.
Currently the framework conditions for science and technology and innovation (STI) policy have changed significantly in Russia: a system of technology forecasting has been established, which focuses on ensuring the future needs of the manufacturing sector of the national economy. This system was supposed to be the main part of the state strategy planning system which is currently being formed. Over the last decade dozens of science and technology forward-looking projects have been implemented, among which 3 cycles of long-term S&T Foresight stand out prominently. The Foresight was developed by the request of the Ministry of Education and Science of the Russian Federation. The development of the 3rd cycle of long-term Foresight includes both normative («market pull») and research («technology push») approaches. The project involved more than 2,000 experts and more than 200 organizations. Within the project a network of six sectoral Foresight centers was created on the basis of leading universities. The article describes the most important issues of future studies in Russia and presents the principles which formed the basis for the long-term science and technology (S&T) Foresight until 2030. The authors explore its position in the national technology Foresight system and the possibilities for the implementation of its results by the key stakeholders of the national innovation system and on the level of STI policy. Eventually Russian experience could be fairly interesting and useful for many other countries with similar socio-economic features and barriers
The Economic Returns to Higher Education in the BRIC Countries and their Implications for Higher Education Expansion
Carnoy M., Loyalka P., Androushchak G. et al. Education. EDU. Высшая школа экономики, 2012. No. 02.
This paper focuses on the changing economic value of secondary and higher education in four potential world economic powerhouses—Brazil, Russia, India, and China—known as the BRIC countries. We show that in the past twenty-five years in the BRIC countries, changes in rates of return to higher education have not conformed to the diminishing returns to capital theory, which says that rates decline with level of education and that this pattern holds as countries develop economically and educationally. The rates to university completion have generally risen relative to the rates to investment in lower levels of education, and in all but India are now higher than the payoff to secondary schooling. We argue that this reflects the rapid economic change in all four countries, including their incorporation into the global economy, and, in Russia and China, the transformation from command to increasingly market economies.
Конструирование интеллектуальной системы управления инновационным развитием российского медико-производственного комплекса
Мешков Н. А. Качество. Инновации. Образование. 2011. № 9. С. 55-59.
О путях совершенствования законодательства в инновационной сфере
Судариков А. Л., Грибовский А. В. Инновации. 2011. № 5 (151). С. 3-8.
Дополнительное профессиональное образование руководителей и специалистов строительной отрасли в условиях инновационных преобразований экономики в посткризисный период. Материалы межрегиональной научно-практической конференции
Edited by: В. В. Акимов Н. Новгород: Издательский салон ИП Гладкова О.В., 2010.
Особенности развития инновационного потенциала производственных трудовых ресурсов
Федоров В. К., Бендерский Г. П., Поздняков К. К. Сварочное производство. 2011. № 12. С. 40-43.