The proceedings of International Congress REENCON-XXI "Renewable energy in 21st Century: energy and economic effectiveness" 2016 presents the thesis of Congress participants devoted to the key aspects of development and practical use of renewable energy sources in Russia and the world. One of the challenges relates to deep decarbonization of the world economy aiming at mitigation of global climate change. 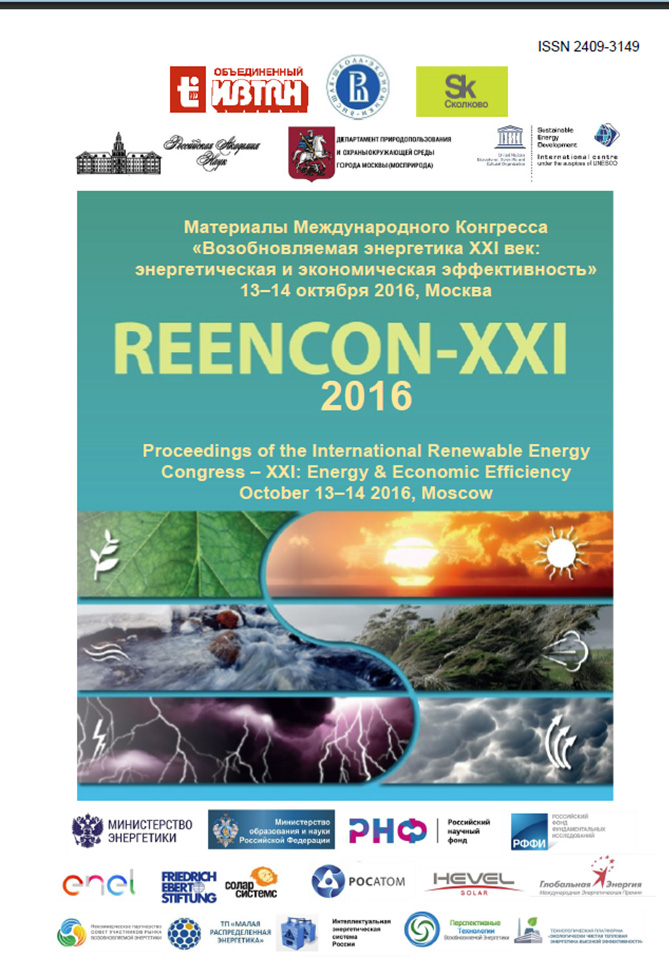 The cumulative effects of a significantly changing climate are projected to have disastrous implications on the world’s natural habitats, and along with that, are projected to drastically increase the rate and likelihood of violent conflict globally, particularly in high-density, urban, poverty hotspots.  Limiting the effects of a changing climate is thus critical in influencing multiple societal goals including equitable sustainable development, human health, biodiversity, food security and access to reliable energy sources.

This paper argues that the G7/8 has led global climate governance in ways other international environmental institutions have largely failed to do. It has done so largely by placing climate protection at the forefront of its policy objectives, alongside economic, health, energy and security goals, and reaching consensus repeatedly amongst its leaders on the importance of stabilizing emissions through energy efficiency, conservation, investment and technological innovation.  Moreover, this chapter argues that the summit’s predominant capability, its constricted participation, democratic convergence and political cohesion – as well as the combined effects of global shocks – have all had positive impacts on the G7/8’s success in mitigating climate change.

Following a detailed process-tracing exercise over the summit’s 40-year history in which clear surges and retreats on global climate governance are outlined, this paper concludes by assessing the G7/8’s accountability record on climate mitigation and outlines a set of prescriptive recommendations, allowing for the delivery of a more tangible, coherent, results-driven accountability process for global climate governance.

Глобальное изменение климата как вызов мировой экономике и экономической науке
Макаров И. А. Экономический журнал Высшей школы экономики. 2013. Т. 17. № 3. С. 480-499.
Global energy trends and their implications for Russia: a pathway to the new energy wave
Kyzyngasheva E., Proskuryakova L. N. Science, Technology and Innovation. WP BRP. Высшая школа экономики, 2016. No. 64.
Despite the success of many countries in increasing energy saving and energy efficiency, the global energy consumption is expected to continue its growth. The main reasons are economic development and population growth happening primarily in developing and emerging economies, especially in India and China. In such circumstances fossil fuels will remain the dominant energy source in the medium and even long run. The present research paper aims at analyzing the current global trends in the energy sector identified through literature review and expert tools, and their influence on Russia. Considering a broad range of factors, the paper determined the following main challenges for the Russian energy sector: tightening competition at international energy markets, the need for comprehensive modernization and stronger energy efficiency measures, the need for technological catch-up in a number of energy sector segments, the need to increase recovery factor at traditional oilfields, and the need to diversify energy mix by increasing the share of renewables. The paper also considers the main rationale for the last challenge that include strengthened security, reliability and sustainability of the Russian energy sector. Among the key preconditions for advancements in renewable energy are improvements in investment climate, modernisation of the central grid and changes in energy policy. The paper is based on the outcomes of the first stage of the Foresight project devoted to renewable energy technologies.
Climate change and our future: anticipating trends and challenges using media data
Mikova N. Science, Technology and Innovation. WP BRP. National Research University Higher School of Economics, 2016. No. 65/STI/2016 .
This paper proposes a multidisciplinary approach to understanding the future perspectives of climate change. First, it analyzes the possibilities of using the media as an information source for anticipating trends and challenges in this area through exploring the topics that have been actively discussed in the news in the recent 5 years. Second, qualitative and quantitative approaches are combined in this study in order to identify trends of different categories: social, technological, economic, environmental, political and values/culture. It allows integrating the results of trends monitoring obtained from qualitative and quantitative sources and create a complex map of trends. Qualitative approach is based on the literature review and consultations with the experts, while quantitative analysis includes collecting the news from Factiva database and processing it in Vantage Point software using bibliometric analysis, natural language processing, statistical analysis and principal component analysis. The results shown that 58% of trends were validated by the news and its contribution to the final trends list accounts for 25% on average, which means that the media can be considered as a useful additional data source for validating and updating trends. The results of this multidisciplinary study can be of interest to researchers, economists, business representatives and policy makers that are involved in the climate change related activities.
Assessment Report: Climate change and its impact on ecosystems, population and economy of the Russian portion of the Altai-Sayan Ecoregion
М.: Всемирный фонд дикой природы, 2011.

Adaptation actions: Observed and Forecasted Climate Change Impacts on Population, Economy and Ecosystem Services
Gerasimchuk I. In bk.: Assessment Report: Climate change and its impact on ecosystems, population and economy of the Russian portion of the Altai-Sayan Ecoregion. M.: WWF, 2011. P. 94-131.

Институт минимальной заработной платы в странах ОЭСР
Вишневская Н. Т. Проблемы рынка труда. WP3. Высшая школа экономики, 2005. № 03.
The paper examines the institute of minimum wage in developed and transition economies and in a number of the developing countries. First of all the institutional mechanism of minimum wage fixing is considered. One of the sections explores the dynamics of absolute and relative levels of minimum wage. The special attention is paid to the impact of the institute of minimum wage on the labour market. The author considers the mechanism of transmission of the minimum wage increases on the employment and unemployment dynamics. The paper also contains the result of the empirical research. The experience of many countries witnesses that large increases in minimum wage levels lead to the stagnation of the employ-ment, especially of the disadvantaged groups. The negative effect is larger for the companies with higher share of labour costs and more active use of unqualified labour, that is small businesses and agricultural enterprises. One of the main conclusions is that the minimum wage is not an effective tool of the poverty reduction as the majority of the recipients live in households of average and upper average income.
Роль США в противодействии глобальному изменению климата
Макаров И. А. США и Канада: экономика, политика, культура. 2012. № 4. С. 101-117.