by year
Subject
News
Researchers Develop a Programme to Find Cipher Vulnerabilities
Anastasia Malashina, a doctoral student at HSE University, has proposed a new method to assess vulnerabilities in encryption systems, which is based on a brute-force search of possible options of symbol deciphering. The algorithm was also implemented in a programme, which can be used to find vulnerabilities in ciphers. The results of the study were published in a paper ‘Software development for the study of natural language characteristics’.
University Salaries Show Poor Correlation with Academic Achievements
In 2012, many universities started signing incentive contracts with their staff in order to stimulate research and active inclusion in the global academic market. Together with orders issued by Russia’s president in May, this has led to growth in university salaries. But exactly which responsibilities increase pay — teaching, research or administrative work? The answer to this question will help improve the effective contract system to make it profitable both for teachers and universities.
The Pandemic Requires Breakthrough Solutions from Us
From April 13 to 30, HSE University is hosting the XXII April International Academic Conference on Economic and Social Development, one of the most important annual events in Russian humanities. Profile talked to Lev Jakobson, co-chair of the conference organising committee and vice president of HSE University, about the challenges that researchers face today.
Publications

Financial analysis, advanced level. The textbook is designed for Master and Bachelor programme

The chapter is aimed at the creation of competencies in the following fields: To know: - The theoretical foundations of the concept study of strategic decisions; methodology for the analysis of sustainable economic growth and development of business risks; techniques to inform management decisions in the development of strategic business development; Systems and methods for the analysis of business risks; criteria for making effective management decisions on all major issues of strategic development. To be able to Develop a policy of risk management corporation; ensure the formation of an information risk management system; manage the risks in the process of real and financial investment; calculate a measure of the total business risk Corporation; conduct a comprehensive study of the factors that influence the effectiveness of the activities of the corporation; to carry out risk analysis; identify problems in the field of sustainable economic growth and to propose possible solutions. To acquire skills in methods of analysis of indicators of sustainable economic growth of the corporation; methods of evaluating and forecasting the financial performance of the enterprise in the conditions of risk and uncertainty. 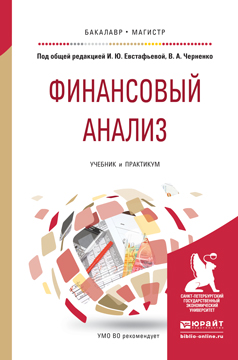 The article analyzes the historical background of the emergence and development of the Customs Union of Russia, Belarus and Kazakhstan on the example of the Council for Mutual Economic Assistance, the German Customs Union and the Southern African Customs Union.

Significant change in corporate environment in 1980th has resulted in revolutionary strategic goal-shift^ from traditional accounting models to value-based management (VBM). This abstract uncovers several features of VBM evolution process, emphasizing the advantages and limitations of the concept for russian companies.

The subject matter of the article lies between public law and economics. The article contains sources of legal regulation in state corporations, ways of their forming, jurisdiction, priorities and results of its activities achieved in western democracies. The author stresses the dependence of effectiveness of this public law institute on checks and balances as well as individual responsibility, responsibility for doings and refraining from doing by authorities, reputation of officials.

The continuity of university history: a case-study of portuguese studium generale (1288–1377)
Rusanov A. Humanities. HUM. Basic Research Programme, 2013. No. WP BRP 38/HUM/2013.
The paper reviews the problem of caesuras and continuity of Portuguese University’s history. A study of the University papers showed gaps in its institutional history caused by several relocations from Coimbra to Lisbon. Sometimes such caesuras raise doubts in the continuity of the University’s history and suggest the existence of different studia generalia that alternated with each other for the period under study. However, contemporary historians and members of the university community view the different universities as parts of one and the same university. Our case-study demonstrates that this view is based on the documents concerning economic privileges granted to the University by the country’s rulers and the Roman popes. If recognized as a new university, the studium generale would have lost its former privileges. Thus, the logic of collective memory of Portuguese University was based on the image of its historical continuity
Творчество и человеческий капитал: рефлексивно-психологические аспекты взаимодействия и развития
Семенов И. Н. Мир психологии. Научно-методический журнал. 2010. № 2. С. 37-51.