In 2011 the Christian world celebrated the 400-th Anniversary of The King James Bible. This remarkable event made the people estimate the text of this Bible anew and comprehend the role alloted to it by History.

The article is devoted tj the study of The King James Bible and other Biblical texts: sermons and prayers - canonic and new. 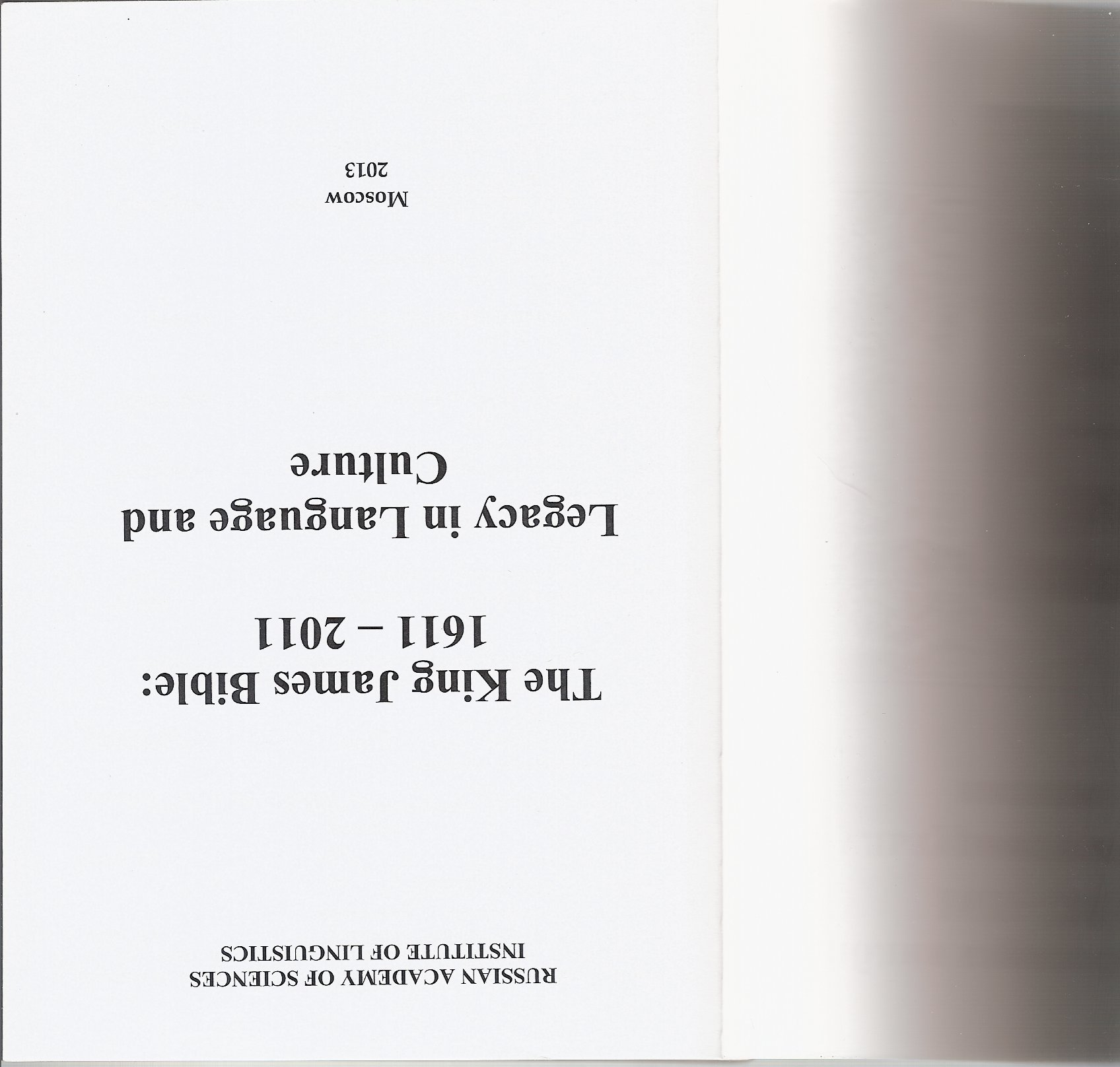 Historical and Cultural Heritage //Историко-культурное наследие
Edited by: A. Piliposyan Вып. 1. Ер.: Service for the Protection of Historical Environment and Cultural Museum-Reservation. NSCO, 2014.
The Space of the City and Literary Imagination: the Legacy of Nikolai Antsiferov
Stepanov B. ENTHYMEMA. 2014. No. 11. P. 7-24.

In the footsteps of Rurik
Selin A. A., Carlsson D. Helsinki; Copenhagen: The Northern Dimension Partnership of Culture (NCDP), 2012.

Культурное наследие и продвижение брендов территорий
Копацкая С. А. В кн.: Туризм и гостиничный бизнес. Стратегии взаимодействия образовательных учреждений и работодателей. Материалы II Международного форума 23-26 ноября 2011 г.. СПб.: СПбГУСЭ, 2011. С. 113-115.
Popular Culture And History: Representations Of The Past In British Popular Music Of The 2000s
Kolesnik A. Working Papers of Humanities. WP. Издательский дом НИУ ВШЭ, 2014. No. 54.
This paper investigates the basic mechanisms of representation of the past in British popular music in the early 2000s. Changes in the music industry associated with the emerging and wide dissemination of new media has affected the search for new musical decisions, reformatting attitudes to the past in general, and to the musical past in particular. In this regard, questions of historical representations in popular music and their relationship with cultural heritage are closely interrelated. This paper analyses the mechanisms and formats of ‘working’ with the past in British popular music of the 2000s using examples from the London rock band, the Libertines. The author draws conclusions about structure of historical representations in popular music and their typology. The use of popular music studies approach is suggested to analyze mechanisms of representation of the past and broaden the concept of popular music.
The Problems of the Preservation of the Historical and Cultural Heritage. Materials of the International Conference. 25th - 27th of September, 2013
Yerevan: "Service for the Protection of Historical Environment and Cultural Museum" NCSO, 2013.
Развитие современного информационного пространства: анализ и перспективы
Дзялошинский И. М., Пильгун М. А., Тощева А. В. и др. Вып. 11. М.: АПК и ППРО, 2012.
Технологии работы с текстовой и фактографической информацией. Словарь-справочник
Шаров А. Г. МегаВерсия, 2007
Эффективные стратегии и тактики в современных коммуникационных процессах
Edited by: М. А. Пильгун Вып. 10. М.: АПК и ППРО, 2012.
Boris Pasternak: Russian Writer in Italy
Galatenko Y. N. Academic Journal of Interdisciplinary Studies. 2013. Vol. 2. No. 9. P. 304-309.