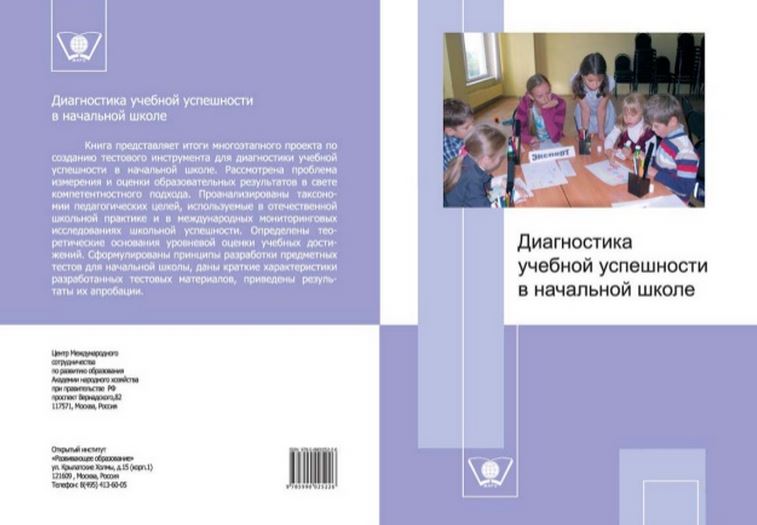 Similar publications
Children with Behavioral Problems in the First Grade of Russian School: Similarities and Differences
Orel E., Куликова Алена Александровна. Psychology. PSY. Высшая школа экономики, 2016. No. WP BRP 66/PSY/2016 .
Recent research indicates that behavioral problems may lead to low academic performance. The present study is aimed to discover, what differences exist between primary school students who meet a sufficient number of ADHD (Attention Deficit Hyperactivity Disorder) criteria and those who do not experience any behavioral problems, in terms of academic achievements in reading and mathematics, annual progress in these subjects and personal, social and emotional development, based on the Russian sample of first-graders. This paper is a part of Russian iPIPS project and the instruments developed as part of this study were used. The sample consists of 3021 first-graders from two big regions of the Russian Federation. The results showed significant differences in both cognitive and social-emotional development but no differences in annual progress. The absence of differences in progress means that the development of children with behavior problems within the school system goes with the same speed but from the lower start level compared to other children. The results of the study provide important knowledge for the teachers and open a large area of further investigations in the field of ADHD in Russian school settings.
Сезонная корректировка как источник ложных сигналов
Бессонов В. А., Петроневич А. В. Количественный анализ в экономике. WP2. Высшая школа экономики, 2013. № WP2/2013/04.
The paper analyzes aberrations that appear as a side-effect of seasonal adjustment when applied to time series of economic data in the neighborhood of an abrupt change in level, the pattern of dynamics that was typical for economic crises. Under these circumstances the standard algorithms of seasonal adjustment are shown to be able to produce spurious signals that we characterize as foreshocks and aftershocks. These signals can significantly distort the understanding of short-term behavior of data, particularly during first several years following the beginning of a crisis. The monitoring of short-term trends within this «blind zone» is extremely problematic.
Деловой климат в России в III квартале 2010 года
Куликова И. И., Китрар Л. А. М.: Издательский дом НИУ ВШЭ, 2010.
Noncognitive Development of First Graders and Their Cognitive Performance
Orel E., Brun I. V., Kardanova E. et al. Psychology. PSY. Высшая школа экономики, 2016
It is well known that performance, both cognitive and noncognitive, in primary school is very important for children’s future outcomes. In this study we attempt to classify patterns of cognitive, social, emotional and personal development based on data from first-graders beginning their schooling. We use complex iPIPS (international Performance Indicators in Primary Schools) data – a large-scale assessment of first-year pupils, which includes math and reading tasks along with noncognitive assessment – gathered from 1202 children from the Republic of Tatarstan. We describe 5 clusters of first-year pupils and give background information about family and preschool experience which may influence performance in each cluster.
Использование синхронных спиральных антенн в широкополосных радиотехнических системах на примере устройства мониторинга сетей сотовой связи
Захарова С. С. В кн.: Труды НИИР (сборник научных статей). Вып. 1. М.: НИИР, 2010. С. 76-84.
ЭМС и информационная безопасность в системах телекоммуникаций
Кечиев Л. Н., Степанов П. В. М.: Издательский Дом «Технологии», 2005.
Инновационная деятельность учащейся молодежи
Митрофанов С. А., Митрофанов А. С. М.: РГУИТП, 2011.
Комбинирование диагностических правил на основе информационного рассогласования Кульбака-Лейблера
Савченко А. В. Заводская лаборатория. Диагностика материалов. 2012. Т. 78. № 3. С. 69-73.

Studied is a possibility of increasing the accuracy of diagnostics by examining a number of diagnostic rules as a set of expert assessments, which allows one to combine them («mix of expert opinions»). Proposed is to use of the principle of minimum-information-mismatch in Kullback - Leibler metric to highlight the rule most appropriate for classification of a particular object. Program and results of experimental study are presented in the problem of automatic recognition of gray-scale images. It is shown that the developed approach can significantly improve the quality of diagnostics.