This book is the result of three years research project ‘Institutional base of social-political innovation: possible role of institutes with mediator functions’ , supported by grant of RFH in 2012-2014. The actual views concerning innovations at all and possibility of their use for social and policy fields (public policy innovations) are analyzed in the first chapter of book. The actual views concerning  of process of arising of new problem resolving in public policy are analyzed in this chapter also, including of conception of advocacy coalitions of Pal Sabatier, conception of  boundary structures etc.

The second chapter of monograph devoted to conception of institutes with mediation functions, and to development in different countries of three kinds of such institutes – think tanks, ombudsman institution and public councils including public chambers. The  third and fourth chapters are the results of research of discussed institutes in Russia and Russian regions, including three regional cases – Saratovskaya oblast and Krasnodarskiy and Permskiy krays, where analyzed process of interaction of oll three kinds of mediator institutes. 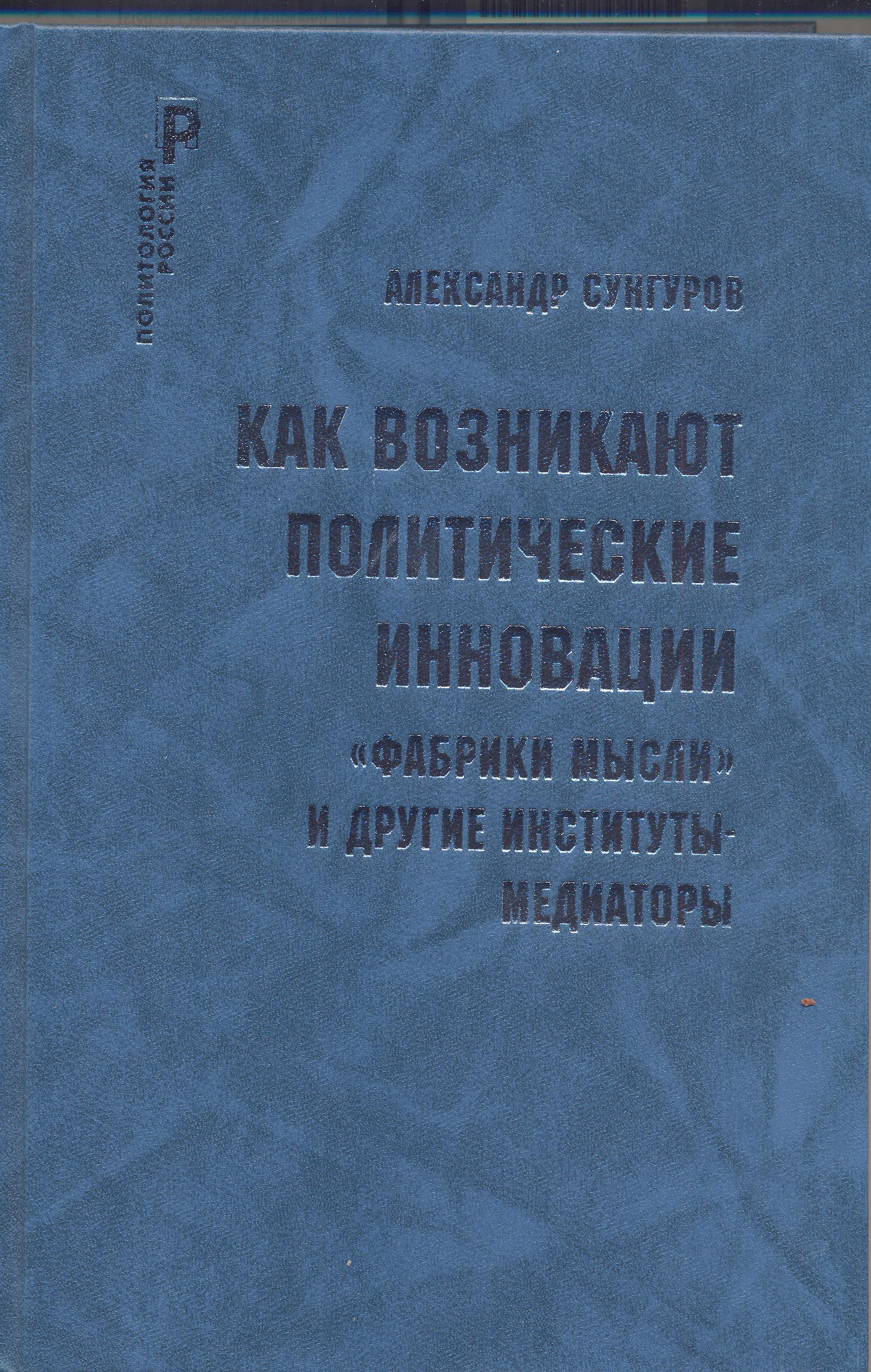 The main objective of this paper is the analysis of the development of Think Tanks and Public Policy Centers in Russia and other post-communist countries. Think Tanks are small practically oriented research teams comprising both academic researchers and experts who are familiar with political practices and capable of implementing proposed solutions to topical problems in social and political life. In the community of Think Tanks, which usually carry out commissions we can distinguish one type, the activities of which are based on a socially signifĳicant idea, i.e. the promotion of development in post-authoritarian and postcommunist states by encouraging truly public and open policy. In early 21st century such organizations were named “Public Policy Centers” (PPC).
Keywords Think Tanks , Public Policy centers , civil society , post-communist development.