This volume, the catalogue for a collaborative exhibition in the United States between the State Pushkin Museum of Fine Arts and the Museum of Fine Arts, Houston, brings together a selection of notable French paintings from the Pushkin Museum, one of the world's great art museums. The text tells the story of the Russian taste for French art. Essays highlight such collectors as Catherine the Great, members of the Russian nobility such as the Yusupovs and the Golitsyns, and the early-20th-century merchant-patrons Sergei Shchukin and Ivan Morosov. The authors relate how works from these distinguished collections were united at the Pushkin Museum to form one of the most impressive arrays of French paintings outside of France. The volume reproduces and discusses 76 of the museum's most important holdings, including masterpieces by Nicolas Poussin, Jacques-Louis David, Jean-Auguste-Dominique Ingres, Camille Corot, Auguste Renoir, Claude Monet, Vincent Van Gogh, Paul Gauguin, Paul Cezanne, Henri Matisse and Pablo Picasso, some of which, like Monet's "Le Boulevard des Capucines", are also landmark works in the history of art. 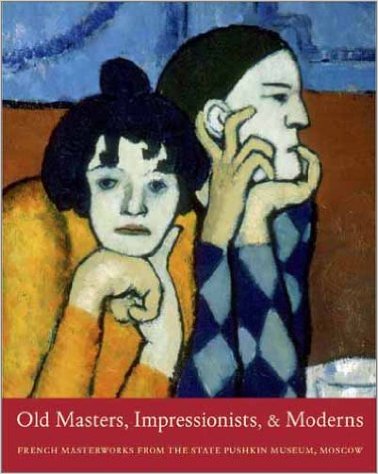