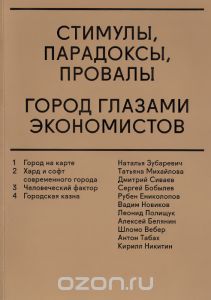 East and West are rapidly integrating in modern European discourse, melting into some new wholeness, which is still far from being homogeneous as cultural memory and traditions are strong and each nation does its best to avoid complete and irreversible integration. In the article devoted to the interaction of East and West on the example of the characters of John Lanchester's novel Capital London is also considered as a character, blurred and changeable, which needs to rediscover its own identity at the junction of East and West, different cultures embodied in the characters of the book. With the help of imagological approach and tools of intercultural communication the attitude of the characters to each other is being analyzed, their perception of others, their attempts to integrate or, on the contrary, to preserve their own cultural identity. All these processes determine not only the face of modern London, but also Europe in general, causing numerous problems and issues that are yet to be resolved. This process involves not only politicians and sociologists, but also writers, film directors, artists etc., who are rethinking and interpreting the reality using the language of different arts.

Мiста Давньоï Русi : збирка наук. праць пам’яти А.В. Кузи
Толочко П. П., Рыбина Е. А., Медынцева А. А. et al. Kiev: 2014.
Социология города и городские исследования: введение к тематическому разделу
Николаев В. Г., Евсеева Я. В. Социальные и гуманитарные науки. Отечественная и зарубежная литература. Серия 11: Социология. Реферативный журнал. 2019. № 1. С. 6-10.
Explaining the Productivity Advantages of Manufacturing Firms in Russian Urban Agglomerations
Gonchar K. R., Ratnikova T. A. Economics. EC. Высшая школа экономики, 2012. No. 22.
This paper empirically analyzes the agglomeration-related productivity premium at the enterprise level of the manufacturing industry in Russia. A settlement is counted as part of an urban agglomeration in two cases: that of a large, central city and that of a town located within 50 kilometers of the central city. Data obtained from a 2009 manufacturing enterprise survey are used, along with linked data on hosting regions and cities. We employ a multilevel model, which allows us to consider firm, urban and regional heterogeneity and test two possible explanations of the productivity advantages of firms in urban agglomerations – own-sector and all economic activity concentration in the city and the surrounding region. The results suggest that Russian plants in urban agglomerations enjoy 17-21% higher labor productivity. This gain arises as a result of urbanization and external scale economy – the agglomeration of firms belonging to different industries at both the urban and the regional levels of analysis. We also found that productivity gained from urban agglomeration is the highest in towns with populations of 100,000 to 250,000 people. Localization and clustering – the own-sector concentration of plants in the city – is not associated with higher labor productivity. The structure and size of the surrounding economy always matter: in contrast to urban clusters, regional own-industry clustering satisfactorily explains the productivity premium, suggesting that efficient clustering requires a scale economy larger than only a city. The region’s trade openness almost doubles the productivity premium of a firm in an urban agglomeration. All of our results are robust to changes in estimation technique, sample structure and choice of spatial objects.
Пространство, город и текст: коммуникативные стратегии постурбанизма
Замятин Д. Н. В кн.: Восток - Запад: пространство локального текста в литературе и фольклоре. Сборник научных статей к 70-летию профессора А.Х. Гольденберга. Волгоград: Научное издательство ВГСПУ "Перемена", 2019. С. 304-310.

The article discusses the specifics of the formation of geographical images on the example of urban texts and myths, the characteristics of meta-geography cities of Modernity are revealed, the transformation of the geographical mental space in post-urbanism is interpreted.

This paper considers women’s fear of male violence experienced in motion. The topic has been developed in the Anglo-American feminist geography and criminology in the 1970–90s. I attempt to describe urban contexts of fear of male violence considering women everyday mobility. As theoretical framework I use work by geographer Doreen Massey, supplemented by ideas from emotional geography and sociology of emotions. I collected 10 semi-structured interviews with young women aged 18 to 25 years old. All of them are residents of non-central districts of Moscow and Moscow region. The analysis includes two parts. In the first part I try to draw the line between fear and anxiety as close but different emotions. I also talk about construction of women’s fear of a male violence and different agents involved in the social construction of threats. In the second part I describe conjunctions of spatial histories as gender orders, in which women’s fears are reproduced regardless of actual male threat. I consider conjunctions of material environment (streets, transport, lighting, etc.), human stories (“not suspicious people”, “suspicious people”, “companions”), natural stories (time of day) as fluid, unstable and situational. I conclude that it hardly can be any “formula of women’s fear”. Fear and anxiety significantly affect women’s spatial stories. I give examples of coping strategies women take to change the geometry of power within such gender orders.

The article touches upon the problem of understanding, interpreting and constructing the meaning of the term «city». Taking into account the action of various factors and constant transformations inherent in the phenomenon of the city, the importance of understanding its context is emphasized