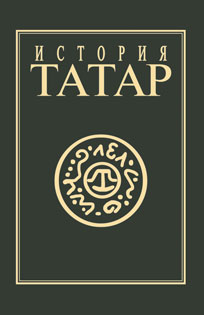 Similar publications
How Do Russia’s Regions Adjust to External Shocks? Evidence from the Republic of Tatarstan
Yakovlev A. A., Freinkman L., Makarov S. et al. Problems of Post-Communism. 2019. P. 1-16.

Since 2008, tighter budget constraints have forced the Russian federal government to adjust the system governing its relations with the regions. This paper argues that more advanced Russian regions have the potential to develop a constructive response to the recent deterioration in their operational environment. This argument is based on an analysis of the experiences of coping with the external shocks that have occurred over the last 25 years in the Republic of Tatarstan. The paper identifies key factors that have helped the republic successfully tackle previous shocks, such as elite cohesion and internal consensus regarding republican developmental priorities.

Competition impact of market structure: The case of banking services markets in two Russian regions
Anisimova A. I., Muradyan P. A., Vernikov A. V. SSRN Working Paper Series. Social Science Research Network, 2011. No. 1919817.
This empirical paper adds to competition and industrial organization literature by exploring the interplay between industry structure and competitiveness on local, rather than nation-wide, markets. We use micro-level statistical data for banks in two Russian regions (Bashkortostan and Tatarstan) to estimate Herfindahl-Hirschman index, Lerner index, and Panzar-Rosse model. We estimate Panzar-Rosse model in two ways: via the widely used price-equation that accounts for scale effects and then via a revenue-equation that disregards scale effects as suggested by Bikker et al. (2009). We find both regional markets to be ruled by monopolistic competition, although estimation by revenue-equation does not reject monopoly hypothesis for Tatarstan. Existence of sizeable locally-owned and operated institutions does not necessarily lead to higher competitiveness of the given regional market, and the results from non-structural methods of estimation suggest that bank competition in Bashkortostan is stronger than in Tatarstan. Going further away from aggregated analysis we compute Lerner indices in two product segments of Tatarstan – retail and corporate loans – and find that retail segment is significantly more competitive. Local banks exert more market power in corporate loans, while federal branches – in retail loans.
Структура рынка банковских услуг и ее влияние на конкуренцию (на примере двух российских регионов)
Анисимова А. И., Верников А. В. Деньги и кредит. 2011. № 11. С. 53-62.

The paper studies empirically competition on regional markets for banking services in Russia. Bank-level statistics collected in two adjacent Russian regions, namely Bashkortostan and Tatarstan, enabled to compare these markets. Estimation based on Herfindahl-Hirschman index, Lerner index and Panzar-Rosse model suggests that both regional markets are featured by monopolistic competition. Contrary to ex ante expectations, intensity of competition in Bashkortostan turned out to be higher than in Tatarstan. There is found no convincing statistical proof to the theoretical hypothesis that market power dynamics are driven by market structure, i.e. by the degree of market concentration in the hands of top players.

Determinants of educational outcomes: Analysis of the Republic of Tatarstan
Tovar-García E. D. Communist and Post-Communist Studies. 2014. Vol. 47. No. 1. P. 39-47.

This paper studies the determinants of educational outcomes in the Republic of Tatarstan, Russia. Using principle component analysis, least squares with robust standard errors, and probit models, I found that family resources, including socioeconomic status, cultural and social capital, show a statistically significant effect on educational achievements and plans about educational trajectories. However, little of the variation in the dependent variables can be explained by variation in family resources. In Tatarstan, as in developed countries, family resources have a low influence on educational outcomes. Moreover, school quality, gender, nationality, peers, health, plans about future work, and other physical and psychological factors play important roles in influencing educational outcomes. Girls obtain better results than boys, and Tatar speakers show higher educational achievements than Russian speakers.

In response to external shocks: How advanced Russian regions react to changes in federal policies – Experience of Tatarstan
Yakovlev A. A., Freinkman L., Makarov S. et al. BOFIT Online. DP. Bank of Finland Institute for Economies in Transition, 2017. No. 10.
Tight budget constraints confronting the Russian authorities since the 2008 crisis urge the federal government to adjust the traditional system of its relations with the regions. The paper presents the case of the Republic of Tatarstan (RT) to analyze potential regions’ response to the emerging, considerably harsher “rules of the game.” Our main conclusion is that Tatarstan and other stronger Russian regions can take advantage of the current crisis for transitioning to a new economic development model resembling developmental states in Southeast Asia. This conclusion draws on analysis of the strategies recently implemented by the RT elites in response to external shocks the republic had to cope with in the post-Soviet period. Special focus is on identifying key factors that helped the republic successfully tackle the previous shocks, such as effective mechanisms of aligning the interests of the main regional elite groups and forming a consensus regarding the republican developmental priorities and the instruments for their attainment. The actual prospects for the formation of a developmental state model in Tatarstan will depend upon the success of the current regional elite in finding a consolidated response to new challenges facing the republic in recent years, as well as the constructiveness of the federal policy towards the regions. One of specific obstacles for Tatarstan to follow on Asian experience of catching up relates to a need to accelerate opening up of the regional economy for new, domestic and foreign, players.
Bank competition in Russia: From aggregation to geographical segments
Anisimova A. I., Muradyan P. A., Vernikov A. V. In bk.: XIII Международная научная конференция по проблемам развития экономики и общества. В 4 кн. Кн. 2.. Bk. 2. M.: Higher School of Economics Publishing House, 2012. P. 24-32.

Институты как драйвер развития инноваций в российском регионе: опыт Республики Татарстан
Макаров С. А., Абзалилова Л. Р. Институциональные проблемы российской экономики. WP1. НИУ ВШЭ, 2018
Innovations are becoming critical for the sustainable development of the Russian Federation (RF). Most of the articles on innovative development concern a country level missing some of the essential regional-scale factors. The subject of the analysis in this article is the functioning of the regional innovation system and the specifi c features of the instruments and institutions of innovation policy that provide incentives for innovation processes at the regional level. Within the framework of this study, the main characteristics, stages of evolution and SWOT-analysis of the innovation system of one of the leading regions in innovation development in the RF – the Republic of Tatarstan (RT) – are highlighted. The main historical and political reasons for the formation of key features of the regional innovation system are analyzed. Particular attention is paid to assessing the effectiveness of the regional innovation policy and identifying risks associated with its implementation. The main conclusion of the study is the thesis that subnational institutions that use indirect (soft) tools to stimulate innovation activity, to a signifi cant extent, form the innovative environment and become decisive in interregional competition. In our opinion, such institutional innovations were defi ning at the analyzed period. Among the key factors for the successful development of innovations in the Russian regions, the important role is played by coordinated activities of government brunches at all levels and the effectiveness of the organization of a dialogue between government and business. The fi ndings of the study are based on the analysis of federal and regional statistics, various Russian and international ratings, the results of the previous studies and a series of informal interviews with experts and participants in innovative processes in Tatarstan.
Analytical Communities as Resource for Strategic Planning on Local Level in Russia (Case Studies of Saratov, Karelia, and Tatarstan)
Belyaeva N. Y., Zaytsev D. In bk.: XVI Апрельская международная научная конференция по проблемам развития экономики и общества: в 4 кн.. Bk. 3. M.: Higher School of Economics Publishing House, 2016. P. 275-286.

Analytical communities for the goal of this paper can be defined as loosely united clusters of professionals doing joint or related work in policy analysis, research and development, who frequently work together on common analytical goals and clients, while not necessarily form a special organizational structure which differ them from think tank. Examples of analytical communities could be university research departments, regular authors of one analytical journal, members of certain intellectual clubs, or regularly meeting informal research groups, including individual intellectuals working together on the regular basis. The goal of this paper is to show an important connection between regional and local analytical communities and local administrations of the Russian regions to specify a unique role the analytical communities can play in strategic planning, providing local administrations both with data, ideas, solutions, and scenarios of social developments, which local authorities are interested to get the answers to.