Controlling in SMEs - Beyond Numbers Prague, April 25th, 2014, University of Finance and Administration Prague Proceedings of The International Conference

The conference took place with the support of funds for specific university research funding and institutional support for long-term strategic development research Organisation Institute of Finance and Administration. 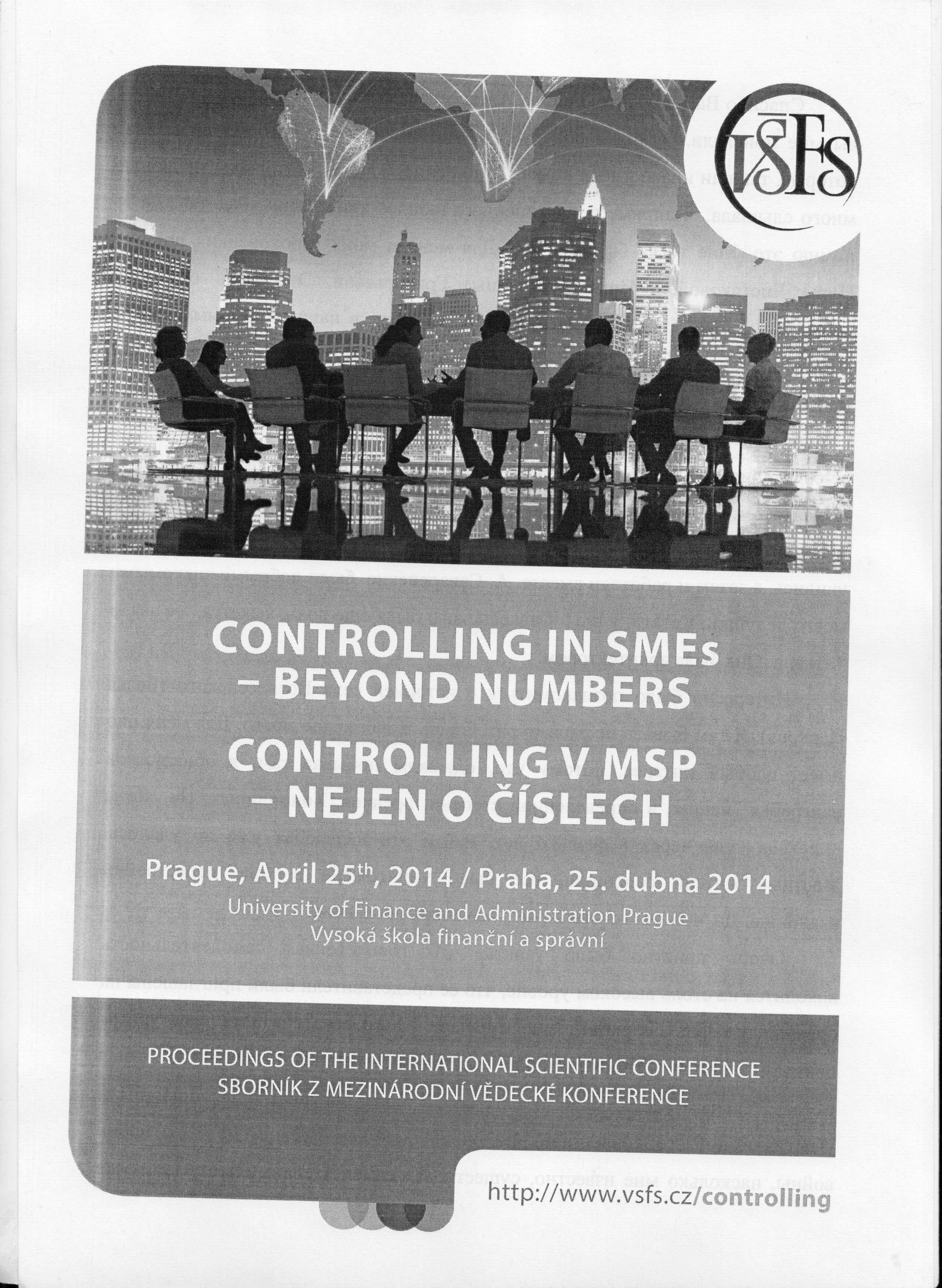 Endogenous Property Rights, Conflict Intensity and Inequality in Asymmetric Rent-seeking Contest
Yarkin A. Economics. EC. Высшая школа экономики, 2014. No. 72.
Does less inequality in wealth distribution imply better property rights protection? In this paper we show that this impact is non monotonous and is conditional on a) equilibrium type: conflict (rent-seeking) or peace, b) the reasons of changes in wealth distribution, and c) the size of the ruling class, “elite”. In the conflict stage, institutional quality positively depends on the wealth of the elite, but negatively – on the size of the elite class. However, the transition from conflict to peace stage (with no rent-seeking and fast growth) requires the reduction of inequality. This generates an institutional trap. Moreover, the intensity of rent-seeking behavior increases both with progressive redistribution of wealth and with widening of the ruling class. Our results allow characterizing wealth distributions, wherein it is better to redistribute wealth or to expand the ruling class in order to improve institutions and limit rent-seeking incentives.
Minorities, Human Capital and Long-Run Development: Persistence of Armenian and Greek Influence in Turkey
Gokmen G. CESifo Working Paper. CESifo Working Paper No. 6268 (December 2016). ifo Institute, Center for Economic Studies, 2016
We study the long-term economic legacy of highly-skilled minorities a century after their wholesale expulsion. Using mass expulsions of Armenian and Greek communities of the Ottoman Empire in the early 20th century as a unique natural experiment of history, we show that districts with greater presence of Armenian and Greek minorities at the end of the 19th century are systematically more densely populated, more urbanized, and more developed today. Results are robust to accounting for an extensive set of geographical and historical factors of development and minority settlement patterns. Matching type estimators, instrumental variable regressions, and a sub-province level case study corroborate our findings. Importantly, we provide evidence on the channels of persistence. Armenian and Greek contribution to long-run development is largely mediated by their legacy on local human capital accumulation. In comparison, the mediating effect of minority asset transfer on development appears less important.
Economic diversification and Dutch disease in Russia
Dobrynskaya V. V., Turkisch E. Post-Communist Economies. 2010. Vol. 22. No. 3. P. 283-302.

A Contemporary Framework for National Security Related Technological Risks Minimisation
Chulok A., Suslov D., Moiseichev E. Y. Science, Technology and Innovation. WP BRP. Высшая школа экономики, 2015. No. 34.
Last several decades have shown a steady broadening of national security issues’ spectrum along with an increase in the strictness of international competition driven by advances in high tech-nologies and other factors. National security agenda is nowadays comprised not only of defense issues per se, but also includes economic, social, cultural and other aspects. All this is strongly influenced by the technological trends and the very possession of critical technologies has be-come a pressing national security issue. Thus, we are witnessing a gradual convergence of na-tional security and technological agendas. Advocating a proactive approach to tackling national security risks of a technological nature, the authors make an attempt to outline the contemporary innovative methodology of assessing, harnessing and counteracting such risks. Their key rec-ommendation lies in the appeal for joining the forces of theorists and practitioners in the field of both national security and science, technology and innovation (STI) policy to overcome the cor-responding challenges.
OECD Yearbook 2013
P.: OECD Publishing, 2013.

Интеллектуальная собственность и экономическое развитие регионов: проблемы права и правовой политики в первом десятилетии нового века
Панченко П. Н. Право и государство: теория и практика. 2008. № 9(45). С. 148-149.
Новый формат образовательной услуги ДОУ: опыт регионов
Бабий С. Е. В кн.: Управление образованием. СПб.: Отдел оперативной полиграфии НИУ ВШЭ – Санкт-Петербург, 2012. С. 52-56.
Основные этапы экономического развития Санкт-Петербурга в период 1992-2011 годов
Жихаревич Б. С., Батчаев А. Р. В кн.: Экономика развития региона: проблемы, поиски, перспективы. Вып. 13. Волгоград: ВолГУ, 2012. С. 146-154.
Is Education a Signal on the Russian Labour Market?
Aistov A. Education. EDU. Высшая школа экономики, 2012. No. 5.
This research focuses on estimating the signalling role of education on the Russian labour market. Two well-known screening hypotheses are initially considered. According to first of these, education is an ideal filter of persons with low productivity: education does not increase the productivity of a person, but it does give him the possibility to signal about his innate productivity via an educational certicate. The second of these hypotheses admits that productivity actually does increase during the period of study, but nevertheless the main objective of getting an education is to acquire a signal about one's productivity. Information theory suggests that employees use education signals during the hiring processes whereby employers screen potential employees. Employers and other categories of self-employed workers are usually not screened by the labour market via their educational attainments. Comparison of the returns to education of employees vs. self-employed workers could show the difference between the returns to signals and the returns to human capital. Yet another way to understand the signals is to consider the time dynamics of the returns to education for employees staying in the same firm. This helps us to answer the question about whether the signals are valuable only during the hiring process, or whether they remain valuable during the whole experience with the firm. This research is based on the Mincerian-type earnings functions, estimated on RLMS-HSE and NOBUS data. On the basis of the available information, we cannot say that the returns to signals and human capital differ significantly in Russia. Nevertheless we can say that, for the majority of men, the return to educational signals decreases with time spent in the same firm, while we observe the opposite for women.
Teacher Characteristics and Student Achievements in TIMSS. Findings gained from applying the "first-difference" method to TIMSS-2007 data
Khavenson T., Tyumeneva Y. A. Education. EDU. Высшая школа экономики, 2012. No. 06.
The advantage of Trends in International Mathematics and Science Study is that not only does it perform a direct cognitive assessment of students concerning these students' teachers, but also their education, work experience and the instructional strategies used in their classes. In order to estimate teachers’ characteristics effects on a student’s achievements and overcome the limits of the TIMSS' correlational design, we have employed the first-difference method. Teachers’ characteristics effects have also been measured with the usual regression method. The effects discovered varied from one subject field to another, and there has been a difference between the results gained by using the firstdifference method and OLS regression analysis model. The first-difference method has revealed a negative effect of reproductive tasks and group work in math class, whereas comprehension tasks and tasks for developing meta-cognitive skills have shown a positive effect. On the contrary, reproductive tasks for science classes have had a positive effect while comprehension tasks and tasks for developing meta-cognitive skills have had either none or negative effects. Apart from this, a teacher's experience has had a significant effect on natural science subjects as opposed to mathematics. The possible interpretations of these results are discussed in this paper
Теория менеджмента
Жичкин А. М., Гурьянова С. Ю. М.: Московский государственный институт электроники и математики, 2011.
Анализ показателей портовой деятельности
Федоренко А. И., Зеленов Н. Н. Логистика сегодня. 2010. № 5. С. 296-311.