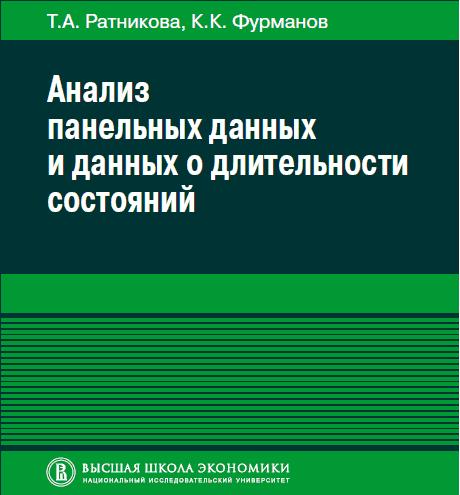 Similar publications
Неформальная занятость и удовлетворенность жизнью: эмпирический анализ с учетом эндогенности
Аистов А. В., Ларин А. В., Леонова Л. А. Прикладная эконометрика. 2012. № 2. С. 17-36.
Modeling Integral Financial Stability Index: A Cross-Country Study
Арзамасов В. Ю., Penikas H. I. Economics/EC. WP BRP. Высшая школа экономики, 2014. No. WP BRP 75/EC/2014.
The recent global financial crisis significantly affected world economies and revealed a problem of the clear financial stability measures absence. The construction of an integral index is highly desirable to track the financial stability level over time and diminish the probability of financial instability through the recognition of its sources. The novelty of the current research is that such an index is being built for various countries at the same time and the quantitative measures are being introduced to select the best model by comparing the behavior of different models with the benchmark. It was shown that data non-stationarity plays a significant role in the best predictors’ selection. Therefore, the best model is that built on the first differences of initial indicators. The best model contains “Return on Assets” and “Regulatory Capital to Risk-Weighted Assets” as financial stability predictors
Экономическое окружение и индивидуальные оценки счастья
Аистов А. В., Шарунина А. В. В кн.: Системное моделирование социально-экономических процессов. Труды 33-й международной школы-семинара имени академика С.С. Шаталина. Воронеж: Воронежский государственный университет, 2010. С. 25-26.
Межрегиональная миграция в России: моделирование связи с социально-экономическими индикаторами и влияние фактора расстояния
Вакуленко Е. С., Мкртчян Н. В., Фурманов К. К. В кн.: XII Международная научная конференция по проблемам развития экономики и общества. В четырех книгах. Книга 1.. Кн. 1. М.: Издательский дом НИУ ВШЭ, 2012. С. 334-338.
Миграционные процессы в городах Центральной России и Сибири
Вакуленко Е. С. В кн.: XIII Международная научная конференция по проблемам развития экономики и общества. В 4 кн. Кн. 3.. Кн. 3. М.: Издательский дом НИУ ВШЭ, 2012. С. 103-112.
Intellectual Capital Investments: Evidence from Panel Var Analysis
Naidenova I. N., Parshakov P. Financial Economics. FE. Высшая школа экономики, 2012. No. 11.
It is believed that investments in intellectual capital enable a company to create a competitive advantage that results in the ability to earn economic profits and increase company value. However, this influence is reciprocal: Companies that generate more money can invest more funds in intellectual capital. The aim of this study is to use vector autoregression (VAR) to analyze the return on investments for companies in tangible and intellectual assets. This instrument allows us to take into account both the lag effect and the mutual influence of intellectual capital components.
Individual Returns to Training in a Russian Firm
Aistov A., Aleksandrova E. Economics. EC. Высшая школа экономики, 2015. No. WP BRP 101/EC/2015 .
This work is devoted to estimating the individual return to worker's professional training. This empirical research is based on unique monthly data, comprised of the personnel records of workers in a Russian metallurgical enterprise between 2006--2010. Using the original time distributed difference-in-differences technique we control for the effect of workers' mobility and the ``non-parallel'' dynamics of earnings in estimates. A qualitative comparison of mobility in trained and control groups is also made by Kaplan-Meier survival curves. The main factors that distinguish this paper from others are the following. (I) We focused on the internal labour market, concluding that it has common peculiarities of wage setting concerned with training as an open labour market. (II) We show that mobility-friendly training programs give high returns, and not only in transition economies. (III) We suggest controlling for mobility by choosing a corresponding control group. (IV) We use a robust new specification that is reactive to different dynamics of the dependent variable in treated and control groups in difference-in-differences estimates. (V) We compared three different kinds of training and our conclusions could have practical application (at least in Russian context). The best way to raise personal earnings is on-the-job training. The internal mobility caused by retraining courses was the same impact on workers as if they lacked retraining. The wages of workers trained in the same field grow randomly for a few months before and after training. Nevertheless it is difficult to prove the causal effect of this kind of training on wage growth.
Financial globalization and financial development in Latin America
Tovar-García E. D. Cuadernos de Economía. 2012. Vol. 31. No. 57. P. 89-112.

In this work the demand for the incoming tourism in the Russian Federation is modeling. The panel data for 16 countries - the basic sources of tourist streams - and the period with 2000 for 2009 are used. Modeling is spent separately for each of 10 tourist zones of Russia. In quality a determinant of demand there are considered a total national product in a country of origin, the exchange rate, transport charges, cost of residing, lag of the demand variable and the fictitious variables reflecting influence of shocks in quality a determinants of demand. The received estimations of dynamic models of demand correspond to expectations, are statistically significant and can be useful in practice of planning of development of entrance tourism in various municipal formations and regions of Russia.