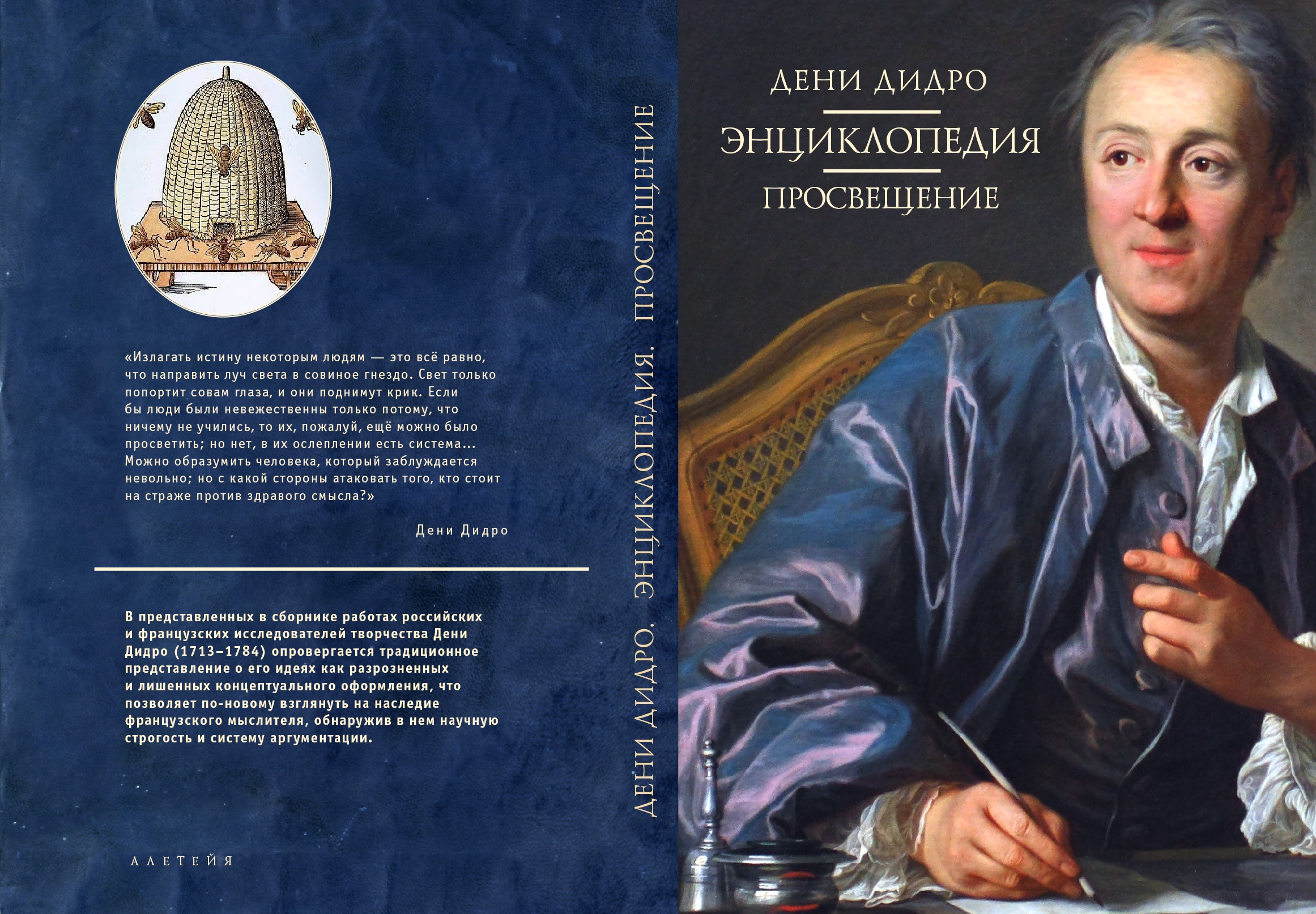 We publish here the complete tetx of the questionnaire concerning the state of the Russian Enpire which Diderot presented to Catherine II, followed by her replies. It is published following the manuscript found in the Prussian Archives in Berlin. An introduction presents the history of the different publications of the text, and of the Berlin manuscript.

Краткая литературная энциклопедия (КЛЭ)
Т. 9. М.: Советская энциклопедия, 1978.
Энциклопедия мировой индустрии СМИ
Вартанова Е. Л. М.: Аспект Пресс, 2013.
The Scientific Study of Myth: Romantic Account of Symbolism and Mythology
Shalaeva A. Humanities. HUM. Basic Research Programme, 2015. No. 100.
The present study seeks to investigate the arrangement of the science of mythology at the turn of the 19th century, and an understanding of the scientific work, which enabled to consider mythology a discipline. The research in a case of interpretation of the notions of myth and symbol explores prerequisites and framework for the study. The findings of the research illustrate the role of the disciplinary argument and publishing strategies in the debates surrounding mythology’s conceptual bases. The research demonstrates that at the turn of the 19th century mythology was established both as a subject of research and as a discipline in its own right on the crossroads of disciplinary arguments, knowledge differentiation and knowledge distribution strategies.
Предпосылки возникновения британской экономической науки
Вырская М. С. Вестник Московского государственного областного университета. Серия: Философские науки. 2011. № 3. С. 188-194.

This article is dedicated to the problem of the origin of economics. The socio-cultural conditions for the emergence of a new science are considered: the accumulated practical knowledge that accompanied the development of trade, industry, and eventually led to the emergence of a market economy; theoretical and practical knowledge from rich literary sources; the Ancient, Medieval and Modern Time philosophers interest in the ongoing economic processes, posing questions about these processes, revealing the problems of meaning and signifi cance of economic events for the society. The article especially focuses on the Scottish philosophers of the 17 and 18th centuries F. Hutcheson, D. Hume and A. Ferguson, the socio-economic views of the latter being of special importance as well as the views of Adam Smith, whose ideas show close affi nity between the thinkers.

«Похвальное письмо» Дидро на монумент Петру Великому работы Фальконе.
Русинова О. Е. В кн.: Вольтеровские чтения. Вып. 3. СПб.: Российская национальная библиотека, 2015. С. 214-223.
The Doctrine of Public Education of Condorcet in Light of the Discussion on Women'S Rights and Slavery at the Beginning of the Third Republic
Ugleva A. V. Humanities. HUM. Basic Research Programme, 2015. No. WP BRP 94/HUM/2015.
This paper offers an analysis of the public education project proposed by Nicolas de Condorcet (1743-1794) which appeared to be too modern for the late XVIII century but extremely vital for the last three decades of XIX century. His ideas were taken and made foundation for the reforms proposed by Jules Ferry and Ferdinand Buisson, whose names are traditionally linked with the formation of the “republican school” in France
Sex, Crime and the Law: Russian and European Early Modern Legal Thought on Sex Crimes
Muravyeva Marianna. Comparative Legal History. 2013. Vol. 1. No. 1. P. 74-102.

This article investigates eighteenth-century Russian legal thought on the criminalisation of sex and sexualities in light of Western European scholarship on the same themes. It reveals the background to and preconditions for the transfer of knowledge and intellectual frameworks that structured societal understandings of sexuality and, at the same time, created the mechanisms of social and legal control over such behaviour. The study shows that the absence of developed Russian legal philosophy did not prevent the development of a criminal law with the same goals as more developed jurisdictions. Commentaries on and classification of sex crimes in Russia followed patterns familiar to Western Europe and used similar definitions rooted in Christian moral philosophy and canon law. The concern with the proper, rational and orderly development of state and society, central to the era, meant that laws relating to the criminalisation of sex and sexuality were not liberalised.