The first Russian translation of the documents that contain important information about the history of Malagasy Academy with commentaries.

The author reconstructs the scientific biography of one of the leading French naturalists of the XXth century, a prominent ethnologist, administrator and organizer of science, who was the president of  the Malagasy Academy in the years 1948-1958. 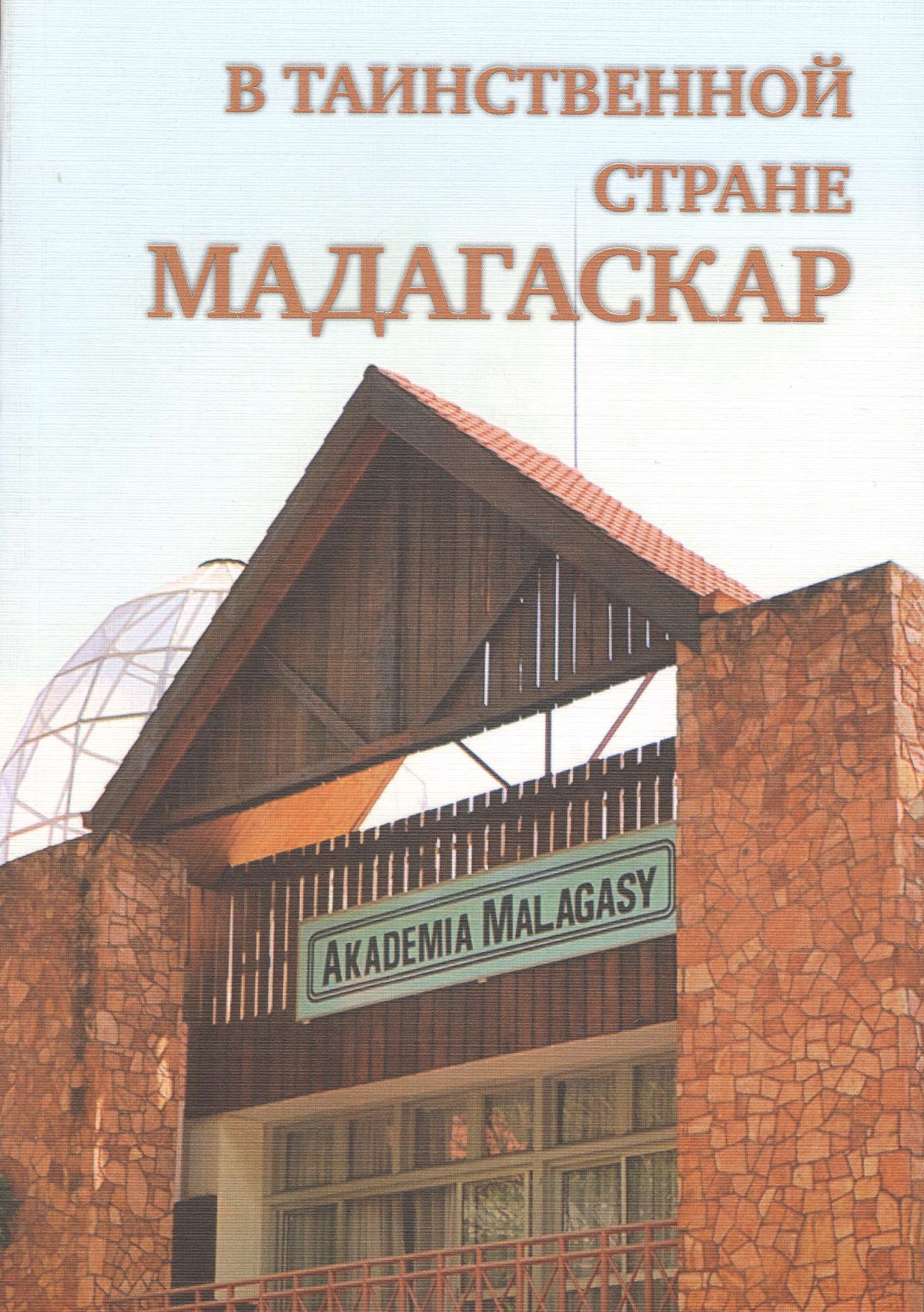 Similar publications
Лингвострановедение (французский язык)
Нежина Л. А. М.: АПК и ППРО, 2009.
Paleoconservatism of the Southern Agrarians
Belkovich R. Law. LAW. Высшая школа экономики, 2013
The emergence of the Tea Party movement in recent years has shown that under the surface of mainstream political life in the USA there exists a different layer of ideas, which cannot be satisfactorily described in terms of the Republican/Democrat dichotomy. These ideas have their origins in the foundation of the American Republic, which owes a lot to ancient and mediaeval political theory. In the twentieth century there was a revival of these ideas in the form of the so-called “paleoconservative” movements which rediscovered their ancient and mediaeval heritage. This paper focuses on one of them, the Southern Agrarian movement, as exemplary of this radical intellectual project.
Rainer Maria Rilke und Russland: Erfahrung der Kulturuebersetzung
Vasilyev G. V. In bk.: Ueber(ge)setzt. Spuren zur Oesterreichischen Literatur im fremdsprachigen Kontext. Wien: Praesens Verlag, 2010. P. 47-54.

Теоретические проблемы этнической и кросс-культурной психологии: Материалы Второй международной научной конференции 26-27 мая 2010 г. Том 1
Edited by: В. В. Гриценко Т. 1. Смоленск: Универсум, 2010.
The Legitimacy of the Bolshevik Order, 1917-1918: Language Usage in Revolutionary Russian Law
Borisova T. Y. Law. LAW. Высшая школа экономики, 2012. No. 05.
The article describes and analyzes the legislative politics of revolutionary regimes in Russia in 1917-1918. The author aims to demonstrate the political meaning of the form of early Soviet legislation and its legitimizing effect. The revolutionary legislators often used specific language in the new laws as a vehicle of legitimacy, i.e. to make the people comply. The two main types of legal language used by the Bolsheviks can be interpreted from the perspective of different types of legitimacy. The revolutionary strategy used propagandistic legislation, written in the language of lay people, which urged them to act according to the new law. It can be seen as a request for acts of the people to legitimize the soviets. On the contrary, the traditional strategy employed old bureaucratic means of writing and distributing legislation to the local soviets. The language used by this strategy was closed to the understanding of a lay audience and implied traditions of obeying the law written in familiar legal language, which in turn implied rational/legal legitimacy. The second strategy had already become dominant after the first months of the Bolshevik revolution. This observation demonstrates that from the very beginning of their rule, Soviet leaders approached legislative policy from a technocratic point of view, which determined the further development of Soviet legal theory and practice.
Does Culture Matter? The Impact of Tolerance on Economic Modernization in a Comparative Perspective
Shcherbak A. Sociology. SOC. Высшая школа экономики, 2012. No. 05.
Is tolerance important for modernization? What can one say about the relationship and causality between tolerance and modernization? It is assumed that an increase in tolerance, expressed as a tolerant attitude towards homosexuality, gender equality, and a decrease in xenophobia, has a significant impact on modernization. Here modernization is understood in a ―narrow‖ sense, referring to economic and technological modernization. The author uses the ―cultural modernization‖ approaches of R.Inglehart and the ―creative class‖ concept of R.Florida. Based on data from 55 countries, the author concludes that tolerance does have a significant impact on modernization, with gender equality being the most predictive factor and proving to be important in three groups of compared models (Index of Modernization, Innovation Index, and Investment Index). A tolerant attitude towards homosexuals and a decrease in xenophobia play a less significant role. Gender equality is an important predictor for modernization because women are in the majority – not the minority – and lowering entry barriers for women leads to their inclusion in a post-industrial economy. The results show that this is extremely important for economic modernization. Two distinct patterns of modernization are revealed: A tolerant model and a catching-up model. The former model focuses on innovation, high levels of tolerance, and strong institutions, while the latter focuses on investment, a lower-level of tolerance, and weak political institutions. Institutions do matter – they seem to be a causal mechanism in the relationship between tolerance and modernization. Institutions play a significant role in the tolerant model, where a post-industrial economy is associated with a post-industrial society. However, some countries try to build a post-industrial economy without building a post-industrial society, putting the main emphasis not on innovation, but on higher investment rates.
Язык как система ориентиров в социальном пространстве
Никитина Е. Б. В кн.: Информационно-коммуникационное пространство и человек (Материалы II международной научно-практической конференции 15-16 апреля 2012 г.). Пенза; М.; Витебск: Научно-издательский центр "Социосфера", 2012. С. 32-36.
The following article is an account of the author’s opinion of the role of language within the framework of society. The paramount idea is that language should not be viewed simply as a means of communication. The author suggests a more profound understanding of language as a medium between society and the culture against the background of which it manifests itself. The aforementioned conception of language provides the author with the opportunity to assert that language constitutes a system of guidelines without which society would lose its identity.
Туркменистан
Миронюк М. Г., Сыроежкин К. Л. В кн.: Политические системы современных государств. Т. 2: Азия. М.: Аспект Пресс, 2012. С. 509-525.
Culture, Democracy and the Child’s Right to Express his/her Views (Russian perspective)
Kravchuk N. V. Irish Review of Community Economic Development Law and Policy. 2012. Vol. 1. No. 2. P. 63-82.