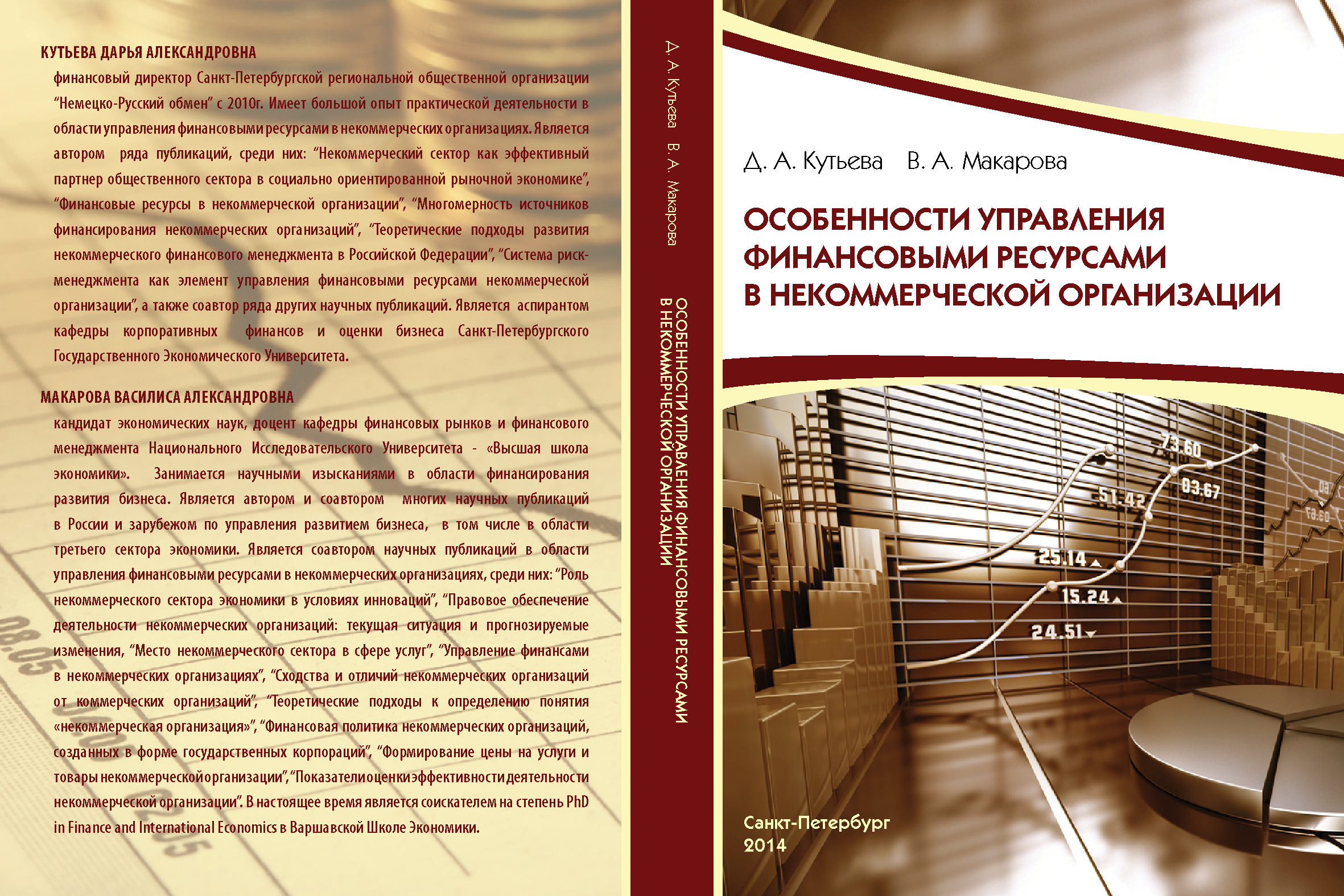 The concept of civil society has taken on a new dimension in connection with the development of the sector of non-profit organizations, or "the third sector". Under the non-profit (third) sector is the collection of the (system of) population groups and organizations, do not put before ourselves the purpose of increasing personal income directly through participation in the work of such groups and organizations or through their ownership of (non-profit organisations or NGOs). The main function of such organizations is, to one degree or another, the expansion of the limits of freedom and empowerment of the population of authority, involvement of the public in the process of social change, the development of social protection.

The research consists of main personnel motivators in for-profit and non-profit organizations. The analysis is based on an expert survey of personnel. The main purpose of the research is to define similarities and differences of motivation in these two types of organizations.

Цифровизация некоммерческого сектора: готовность, барьеры и эффекты
Скокова Ю. А., Корнеева И. Е., Краснопольская И. И. и др. 2021.
Профессионализация фандрайзинга в современном российском обществе
Сурина М. А. В кн.: Профессии социального государства. М.: ООО «Вариант», ЦСПГИ, 2013. С. 308-325.
A Critical Appraisal of the Conceptualization of Public Park and Recreation Marketing
Novatorov E. V. SSRN Working Paper Series. Social Science Research Network, 2012. No. 2133237.
The objectives of the study were (a) to identify the reasons and concerns of those public administrators and marketing scholars who do not accept the usefulness of marketing in the public sector; (b) to deconstruct, comprehend, interpret, and critically appraise the current conceptualization of public sector marketing from the viewpoint of negativists identified in step (a); and (c) to reconstruct, redefine, reinterpret, and reoperationalize the current controversial conceptualization of public sector marketing into a new conceptualization in the context of park and recreation services. The critical theory approach to the study primary used non-empirical procedures data collection and analytic procedures which included investigative research, negative case analysis, and theoretical triangulation. These procedures were supplemented with empirical data collected from in-depth interviews with five scholars and with three parks and recreation managers. Results of the non-empirical procedures revealed the biased selective nature of the current conceptualization of public park and recreation marketing and the existence of alternative conceptualizations which have been ignored. The existing and alternative models were discussed with scholars and park and recreation managers. Support was found for the alternative models. From these data an alternative conceptualization of public park and recreation marketing was developed and named the concept of administered marketing. Implications for park and recreation managers are discussed. Directions for future research into the administratively managed park and recreation marketing concept are suggested.
The Interaction of Grassroots Communities and Local Authorities in Russia
Shagalov I. L. Economics. EC. Высшая школа экономики, 2015. No. 97.
Taking into consideration the underdevelopment of the Russian civil community it is of essential interest to touch upon local communities (known as TOS). Local governments and TOS communities could provide similar services and as such cooperate or compete with each other. Community initiatives could supplant poorly performing government services, or governments could outsource to communities some of its functions. Based on empirical Russian data, collected in the city of Kirov this research shows that the prevailing initial incentive to establish TOS is driven by the prospect of obtaining seed money from the government. We detected sources of TOS advantages over municipal authorities: ratio of costs and benefits, sensitivity to the demands of consumers, social capital, and voluntary nature of TOS. TOS are more likely to emerge in communities where people are sceptical about the efficacy of conventional mechanisms of democratic accountability, and prefer to collaborate with municipal governments on specific projects.
Вклад российских некоммерческих организаций в национальную экономику: что показывает статистика
Суслова С. В. Финансы и бизнес. 2015. № 1. С. 75-87.

The paper explores the dynamics of the Russian non-profit organizations contribution to the national economy and their development tendencies. Statistical data on national accounts and FIRA PRO database of 1995-2012 has been analyzed in terms of the share of GDP and industry output accounted for by non-profits and the activity of non-profit organizations in the regions of Russia. The findings indicate that a considerable decline in these indicators.  Significant discrepancies between changes in the activity of non-profits and other producers show a possibility of additional nonprofit development factors. It is concluded that there are factors of nonprofit sustainability during the time of financial crises.

This article focuses on pricing of goods and services by a non-profit organization. The authors presented a list of basic pricing methods, the most widely used in NPO’s. These features allow the methods to generate a list of recommendations for their practical application.