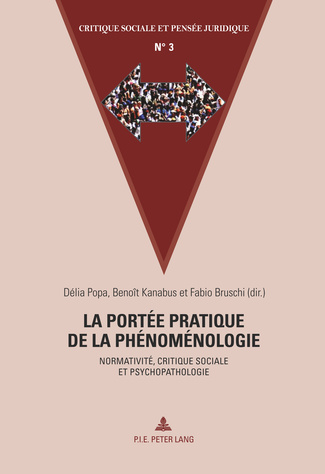 The collection of materials of the IX international research and practice conference "European Science and Technology" is the research and practice edition which includes the scientific articles od students, graduate students, postdoctoral students, doctoral candidates, research scientists of higher education institutions of Europe, Russia, the countries of FSU and beyond reflecting the processes and the changes occurring in the structure of present knowledge.

The Phenomenology of Anxiety in the Process of Client-centered Psychotherapy
Orlov A. B. In bk.: 10th Conference of the World Association for Person-Centered and Expiriental Psychotherapy and Counseling. July 8-12, 2012 – Antwerp, Belgium. Antwerpen: Universiteit Antwerpen, 2012. P. 117-117.
Anxiety is a state of uncertainty, unpredictability and ignorance. That's why its important phenomenological manifestation is invisibility (opacity). The inner world of the client experiencing anxiety - the world of twilight, viewed only in part, including darkened areas in which lurk unseen threats. According to the trialogue interpretation of psychotherapeutic process (Orlov, 2001; Orlov, Orlova, 2012), the interaction of the therapist and the client begins from the form of emlogic contact, one consequence of which is the primary "enlightenment" of the inner world of the client. The next level of therapeutic interaction involves the establishment of empathic contact, which displays, exhibits the unity of the rational and emotional components of the inner world of the client. Evolution of the therapeutic interaction leads to emphilic contact, where a valued client’s attitude towards the excluded or distorted regions of his own inner world (experience) are facilitated. Increased self-acceptance is leading to further integration of the subjectivity of the client. So, phenomenologically client-centered therapy leads to the gradual illumination of the subjectivity of the client.
Влияние феноменологической философии на становление исходных философских установок М. Хайдеггера
Ищенко Н. И. Деп. в ИНИОН РАН. № 53442 от 17.03.1998. ИНИОН РАН, 1998
In this article the continuity of Heidegger’s version of phenomenological philosophy in relation to Husserl’s one is shined. The preconditions which have caused the philosophical choice of M. Heidegger in favor of the phenomenological method of E. Husserl are considered.  These preconditions are the following: 1) Husserl’s idea of a phenomenological contemplation; 2) phenomenological representation the intentionality of cognition; 3) Husserl’s theory of the material a priori and categorial contemplation; 4) transcendental character of phenomenological knowledge.
La phénoménologie en tant que philosophie-en-travail
Chernavin G. Amiens: Association pour la Promotion de la Phénoménologie, 2014.

This book examines phenomenology as working philosophy (Arbeitsphilosophie), that is, as an open research project. The main aim of the study consists in determining the mode of performance (Vollzugsweise) of the phenomenological work in progress. To achieve this goal we provide an analysis of the doctrine of attitude (Part I.), the doctrine of method (Part II.), and then the “flexible” architectonics (Part III.) of phenomenology. These elaborations enable us to thematize the de-limitation of consciousness (Entschränkung), the enrichment of sense (Sinnbereicherung) and the institution of the new as the characteristic features of the phenomenological method of operating. This research project requires a constant oscillation between an open systematization of Edmund Husserl’s philosophy and particular phenomenological analyses.

The most effective conditions for language learning in general and grammar in particular, come about when students engage in activities on a personal level.

The Concept of Law: a brief introduction to jural aspects of Classical Eurasianism
Nazmutdinov B. Law. LAW. Высшая школа экономики, 2015. No.  61.
Jurists and historians have rarely highlightened jural aspects of classical Russian Eurasianism. There have been several attempts to describe Eurasianist jural philosophy as a coherent system, but they were not fully relevant to the source material. The paper focuses on problems in the background of the creation of holistic Eurasianist jurisprudence during 1920s and 1930s. It emphasizes that the complexity of this process depended on different institutional and especially conceptual terms. The Eurasianists displayed several different approaches to Law whose distinctions were based on metajuridical grounds – phenomenological ideas in the work of Nickolai Alekseev, who argued for legal individualism; the “Alleinheit” theory found in the writings of Lev Karsavin; and a positivist theory in paper by Nickolai Dunaev. Based on published works of Eurasianists and unpublished archival materials, this research concludes that these juridical views were contradictory. These contradictions meant it was impossible to create a coherent Eurasianist jural theory using the terms derived from the authors mentioned, despite the fact that Eurasianist views have some specific characteristics.
Событие и метод: философская герменевтика в контексте феноменологического движения
Инишев И. Н. Вестник Томского государственного университета. 2010. № 333. С. 32-35.