by year
Subject
News
First Sino-Russian Economic Cooperation Workshop-Economic Performance from Regional Aspects
The HSE Faculty of Economic Sciences and the School of Economics at Shanghai University have co-organised the First Sino-Russian Workshop on ‘Economic Performance from Regional Aspects’. The researchers discussed how they detected and assessed the effects of different economic policies in Russia and China at a regional level.
‘Asian Studies is a New High Tech for Russia
Russia's pivot to the East requires balanced actions, as well as knowledge of the languages, cultures, and traditions of Asian countries. Without this, Russian businesses will not be able to work there effectively. Experts and government representatives discussed the issue and the experience of Russia's regions working in Asia at ‘The Pivot to the East: The Regional Dimension’, the first interregional conference held by HSE University with the support of the Russian Ministry of Economic Development.
Only Left Hemisphere Involved in Action Naming
An international team including researchers from the HSE Centre for Language and Brain and the HSE Institute for Cognitive Neuroscience have demonstrated the critical role of the left, but not the right, inferior frontal gyrus in action naming. The study findings are published in Brain Structure and Function.

This book addresses a subject that can in the broadest sense be stated as interplay of language and ideology in process of instantiating historical knowledge in texts of political significance. The aim of the present volume is to discuss how history is recontextualized in national political discourse in the framework of two basic strategies of in-group and out-group categorization and biased representation of historical facts. It is contended that such recontextualization leads to what can be described as blending of national political discourse with a nationalistic one.

The evidence for the above contention is provided through linguistic analysis of three chunks of texts.

First, American presidential rhetoric spanning the last 50 years of history was analyzed. This part of the analysis suggests that a productive way to analyze the ‘enemy construction’ strategy seen as one of the key strategies of the discourse of the New World Order is to analyze it in a broader historic perspective, viz. as taking over the same principles, which defined the discourse of the Cold War. The ‘enemy construction’ strategy in both discourses is analyzed as resting on logic of binarism of the classical Us and Them opposition. Thus, it is contended that textual actualization of the ‘enemy’ is the projection of the basic category of the ‘other’ which is perpetuated in the political discourse and gets lexicalized differently depending on the text’s instantiating a particular order of discourse and the ideology informing it.

Second, a chunk of texts produced by those claiming to be professional historians has been addressed to see how national historical discourse is reinstantiated vis-à-vis a newly acquired national identity. An example of such discourse would be texts by Ukrainian historians writing on Great Patriotic War/World War II.

Third, texts of public figures, state leaders among them, instantiating post-Soviet geopolitical situation in the Caucasus, in particular, tension between Armenia and Azerbaijan over Nagorny Karabakh were looked into. The tension aggravated with unresolved conflicts, involvement of both Russia and the USA, results in this material being a valuable source for pinpointing linguistic patterns of historical and political discourse in general and patterns indicative of national historical discourse transforming into nationalistic discourse, in particular.

Discourse analysis is neither meant to substitute historical analysis, nor claims that all historical permutations are of discursive nature solely. Instead, we see the role of discourse analysis in placing a broader question: To what extent that which has really happened is displaced by its recontextualization in discourse, i.e. by its description? Since any conflict is always closely tied with conflicting values the question can be restated as: To what extent in such historical accounts accurate rendition is displaced with evaluation and appraisal? What comes first: the unresolved issues themselves or discursive practice perpetuating those issues? In other words, is it the conflict itself or the conflict of conflicting textual descriptions?

One way or the other, historical representations are not static; they are flexible and more than prone to distortion when values come into play. Reinventing the history to mesh with a new national identity is number one example. A clash of different political perspectives is a clash of different historical descriptions. And in this clash a power-wielding social agent has the power to reinterpret the history that will fit their political narrative with other interpretations outlawed and rendered unhistorical.

In the meantime, the true power of history as a field of study and an academic discipline should be seen in presenting multiple interpretations of phenomena in question with these interpretations being mutually complementary rather than mutually exclusive. In which lies the real power and the mission of all the humanities. 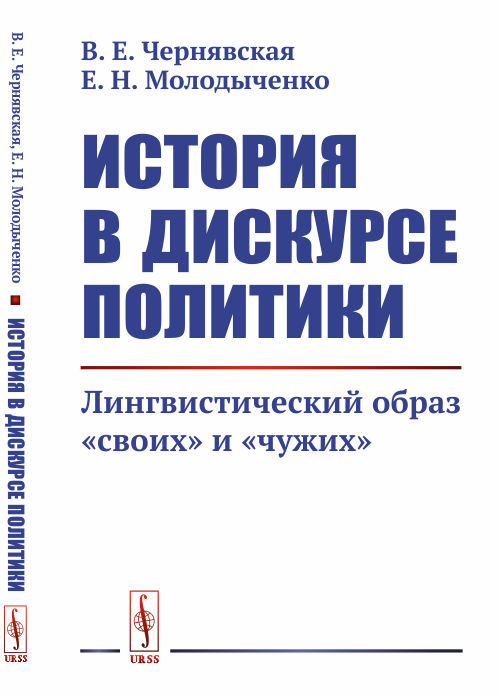