The book consists of two parts containing papers submitted at the First and Second St. Petersburg Tibetological Seminars, held at the Institute of Oriental Manuscripts, RAS in 2012 and 2013, and the Round Table The 100th Anniversary of the Prayer Service Performed by the 12th Pandito Khambo Lama Itigelov in St. Petersburg. Current Issues of Cooperation between Buddhism and Science held at the State Museum of History of Religions on May 16, 2013. 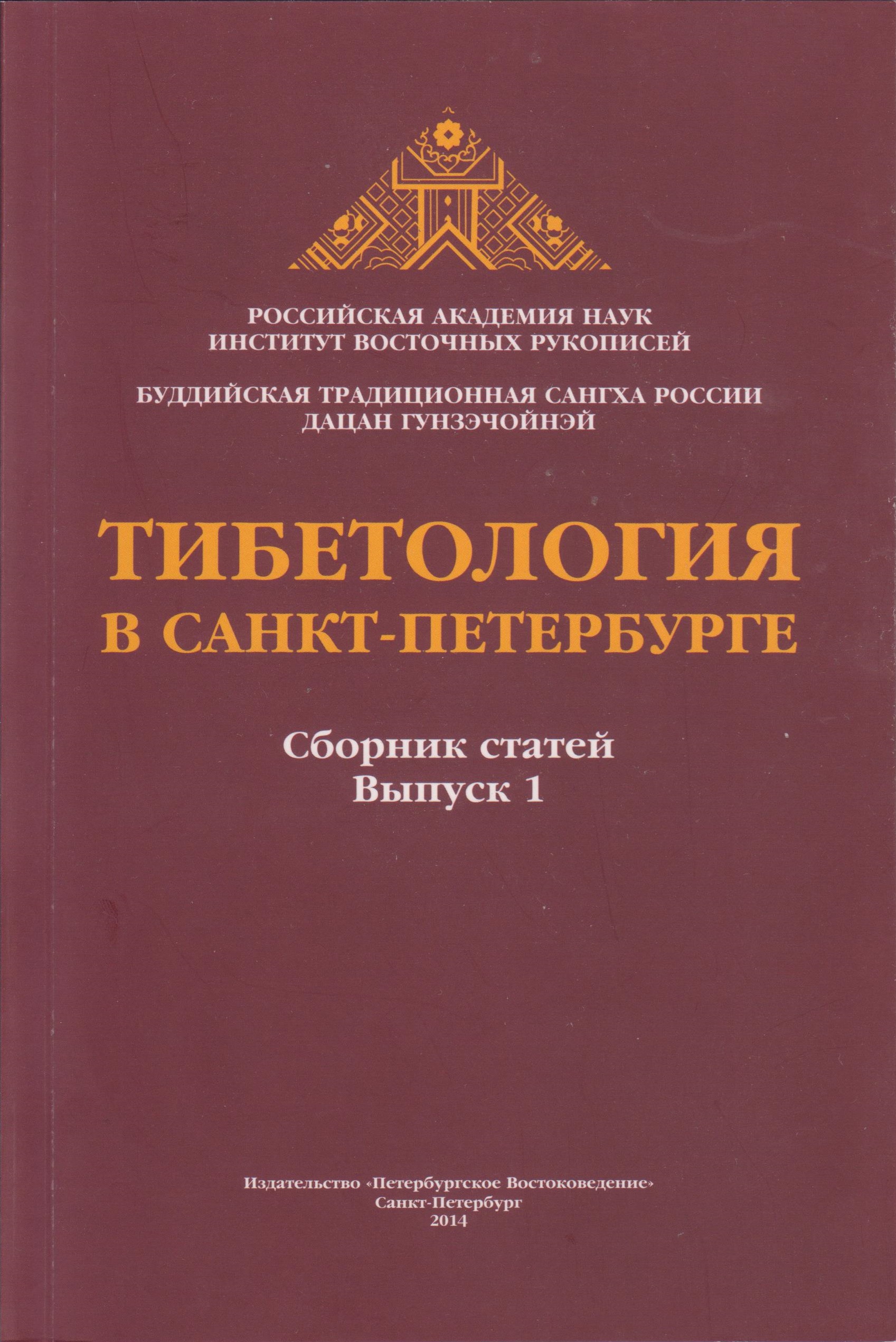 The rNying-ma-pa School (lit. “The Old School”, also styled “Red Hat School”) traces its origins to the days of the Tibetan Empire, thus, it has existed throughout the whole recorded Tibetan history. However, in the second millennium AD its clerics did not play a significant role in the political development in Tibet. 122 However, its lamas enjoyed much respect of the Tibetans since they were regarded as the custodians of Tibetan traditions as well as of profound Buddhist knowledge and magic practices. The turbulent events that happened in and around Tibet during the 17th and early 18th centuries significantly affected the position of the rNying-ma-pa. The Mongol interference into Tibetan affaires resulted in the domination of the Gelugpa. The Fifth Dalai Lama demonstrated equal respect towards both the Gelugpa and rNying-ma-pa Schools. Among his teachers were prominent rNying-ma-pa lamas and later he himself wrote many works on rNying-ma-pa practices. Also, he encouraged building rNying-ma-pa monasteries which became major centres of that school. He regarded the rNying-ma-pa as a Tibetan national Buddhist school which was linked to the local Tibetan deities and protective rituals, and for those reasons he opposed its propagation outside Tibet among the Mongols and the Manchus. The prosperity of the rNying-ma-pa ended abruptly with the Dzungar invasion of Tibet in 1717. During three years of occupation all rNying-ma-pa monasteries including the most ancient Tibetan monastery bSam-yas were destroyed, many of its hierarchs and ordinary lamas were killed. Among the reasons behind such repressive actions were accusations of sorcery rites aimed at the Dzungars which were performed by the rNying-ma-pa lamas at the request of Lhabzang Khang, the last Khoshot ruler of Tibet. The intervention of the Qing empire led to the expulsion of the Dzungars from Tibet and the end of the rNying-ma-pas’ persecution. However, in 1726 the Yongzheng emperor issued a decree which limited the activities of the rNying-ma-pa inside Tibet in favour of the Gelugpa School. It seems that this decree was incited by the rivalry of the top Beijing lamas as well the need to overcome the consequences of the cruel suppression of the rebellion in Qinghai in 1723–24 accompanied by the destruction of many holy places of the Gelugpas. This imperial decree did not have much effect because after the outbreak of the civil war in Tibet in 1727 Pholhanas who openly demonstrated his respect towards the rNying-ma-pa School became a winner and subsequently the ruler of Tibet.

The rebellion against the Qing Empire initiated by a Gushi Khan’s grandson Lobsang Danjin in 1723– 1724 was an important event not only in the history of Koko Nor (Qinghai) but it also influenced the situation in Jungaria and Tibet. It would not be an exaggeration to regard the suppression of this rebellion by the Manchus as a pivotal event in the history of the eastern Inner Asia. The present article is mainly based on two modern editions of the collected documents in Chinese: “Nian geng yao zou zhe” (“The memorials of Nien Kêng-yao. Ch’ing documents at National Palace Museum”) and “Yong zheng chao han wen zhu pi zou zhe hui bian” (“The collection of the reports to emperor Yongzheng in Chinese with comments”), as well as “The annals of Kokonor” written in Tibetan by Sumpa-kenpo Yeshé- Paljor who witnessed these events. The futile rebellion by Lobsang Danjin was a response to the establishment by military force of the Qing rule in Lhasa in 1720. However, he was not supported by the Jungars and even by the majority of the Hoshot Mongols, his compatriots. In the course of the warfare many Tibetan lamas were massacred and their monasteries were destroyed. Thus the descendents of Gushi Khan had to abandon their claims for the kingship of Tibet, and the suppression of Lobsang Danjin’s rebellion marked the final shift of power over Tibet to the Qing emperors of China. The Yongzheng emperor ably used the conquest of Koko Nor to achieve a firm control over Tibetan population and Buddhist clergy. However, by rebuilding the destroyed monasteries and by executing the Chinese military commander Nian Gengyao he maintained his image of a defender of the Yellow Faith.