by year
Subject
News
University Salaries Show Poor Correlation with Academic Achievements
In 2012, many universities started signing incentive contracts with their staff in order to stimulate research and active inclusion in the global academic market. Together with orders issued by Russia’s president in May, this has led to growth in university salaries. But exactly which responsibilities increase pay — teaching, research or administrative work? The answer to this question will help improve the effective contract system to make it profitable both for teachers and universities.
The Pandemic Requires Breakthrough Solutions from Us
From April 13 to 30, HSE University is hosting the XXII April International Academic Conference on Economic and Social Development, one of the most important annual events in Russian humanities. Profile talked to Lev Jakobson, co-chair of the conference organising committee and vice president of HSE University, about the challenges that researchers face today.
Attention Priority Map Explains Surprising Phenomena of Visual Search
Researchers from HSE University and Harvard University have found that the speed of finding an item with a unique combination of features is not affected by the ease with which these items can be grouped by features. Such results are predicted by theories of parallel attention control. The study is published in the Journal of Vision.
Publications
Author:
Campus:
Any
Moscow
Saint Petersburg
Nizhny Novgorod
Perm
Sub-department:
Keywords:
Subject:
Priority areas:
▼
Language:
▼
russian  english
Year:
2022
1958
Add a filter
Of all publications in the section: 9
Sort:
by name
by year 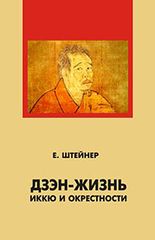 This edition includes the first complete commented translation of the book into a European language and a study of its history and composition. The research covers the collection's religious and mythological elements reflecting the author's interest in supernatural (demonic) entities and phenomena.

The publication is intended for historians of literature and religion and a wide range of readers.

This book explores the phenomenon of Hokusai Manga (fifteen volumes of 60 pp. each, 1814-75). It consists of a historical and conceptual Introduction and the main part which is a full commentary to all HM pages. The Introduction consists of research on the modes of creation of HM and its place in the history of Japanese picture-books and research on HM’s composition.

The main part includes translations of introductions to each volume and commentaries on the original 900 pages with their nearly 4,000 images

The monograph for the first time deals with the problem of studying Mongolian proverbs and sayings and their artistic features: imagery, metaphorics, phraseology. For the first time, the corpus of Mongolian proverbs and sayings with translation and philological commentary is presented, and an attempt is made to find a place for Mongolian paroimies in world aphoristic folklore. The concepts that occupy the main place in the Mongolian traditional culture are analyzed. The monograph is intended for Orientalists-philologists and all readers interested in the folklore of the Central Asia and the whole world. 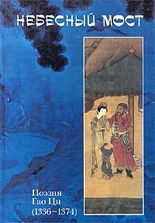 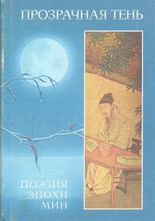 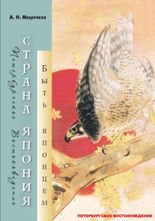 This book is in two parts. The first contains a study of the dramatic period of Japanese history in the first half of the twentieth century, when the country was rapidly sliding into the abyss of totalitarianism. The wars waged by Japan at that time brought innumerable calamities to the Japanese themselves and to the inhabitants of other countries. For the first time, the author reveals the managerial and especially the cultural mechanisms that made it possible to mobilize the masses with unprecedented success. He tries to understand what it meant to be Japanese at that time and what was the attraction for them of the country's chosen path. The focus is on such interesting problems as the attitude of the Japanese towards their body and spirit, towards old age and youth, life and death, towards themselves and others. The second part contains the treatises by Kaibara Ekiken (1630-1714) and Nishikawa Jyoken (1648-1724) - famous Japanese Confucian thinkers. In the treatises "Preaching in Joy" and "The Bag of Wisdom" they talk about what worried every Japanese: about the joy of life and the beauty of nature, about duty and justice, about religion and faith, about wisdom and stupidity, about how Japan differs from other countries. 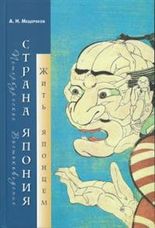 The scientific part of the volume is devoted to the study of such an important phenomenon as the culture of body. In recent years, this topic has gained great popularity in the humanities, which is largely due to modern worldviews, when the body is conceptualized as belonging to a person whose individual being is increasingly detached from the collective being. Japanese material demonstrates that this is a historically recent (post-war) phenomenon - after all, the Japanese had not used their body before, it was owned by the clan, family, and state. Such a detailed study on Japanese body culture did not exist before. 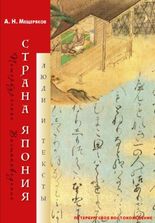 This edition consists of two parts.

The first part includes the monograph Ancient Japan: Culture and Text. In this study  Meshcheryakov made an attempt to present the main types of written forms of creativity in ancient Japan (history, poetry, prose, religious writings) as components of a single informational text flow. This is the first attempt of this kind made in the domestic Japanese studies.

The chronological framework covers the period from the 8th to the 13th century, that is, from the bottom of the appearance of Japanese literature, framed by the creation of mythological, chronicle and legislative vaults, to the decline of aristocracy, accompanied by the displacement of the center of power from the imperial palace to the shogun's headquarters.

The second part consists of literary translations of old Japanese prose, made by A. N. Meshcheryakov. This includes such famous monuments as Japanese legends about miracles (selected Buddhist legends from Nihon Ryoiki, Ojo Gokurakki and Hokke Kenki), diary by famous writer Murasaki Shikibu (11th  century) and Notes on the leisure time of a Buddhist monk Yoshida Kaneyoshi (14th century).

The publication uniquely combines the publication of outstanding monuments of old-Japanese prose with an attempt to study and comprehend them and will be useful to anyone interested in traditional Japanese culture.