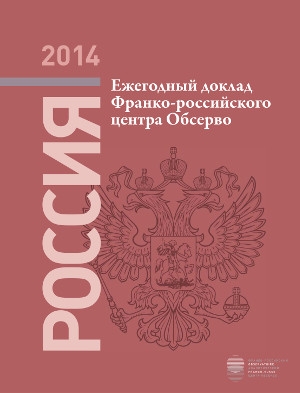 Обновляемый образовательный ресурс "Экономическая школа НИУ ВШЭ"
2012.
Стратегическое управление процессами структурных и качественных изменений экономики России
Кирюшин С. А. Приволжский научный журнал. 2007. № 3. С. 130-133.
Управление архаизацией?
Тульчинский Г. Л. Философские науки. 2012. № 5. С. 19-25.
The Political Role of the Russian Consulates in Mongolia in the Mongolian National Liberation Movement in the Early 20th Century
Sizova A. Basic research program. WP BRP. National Research University Higher School of Economics, 2016. No. 119.
This article examines the objectives, specific features and the results of the political and diplomatic work of the Russian consulates in Outer Mongolia during the rise of the Mongolian national liberation movement in the 1900-1910s. The article is based on a wide range of sources, including archives, in Russian, English, Chinese and Mongolian. In the period after the Xinhai revolution,  Russian  representatives  were  actively  involved  in  the  settlement  of  the  political disputes  between  China  and  Mongolia  which  sought  independence  from  the  former  and facilitated the achieving the autonomous status by Mongolia. The Russian diplomats participated in the elaboration and implementation of important international agreements, organization of the technical and financial help to the Mongolian government and prevention of the spread of the Pan-Mongolist movement. Therefore, at the beginning of the 20th  century, the Russian consulates not  only  served  as  powerful  protectors  of  Russia’s  strategic  interests  in  Mongolia,  but  also played a significant regulating role in the political processes in  this country. Above that, they were important for maintaining the Russian Empire’s political contacts with China and Mongolia and the political status quo in the regional system of international relations.
Политика впереди экономики: риски и перспективы Таможенного союза ЕврАзЭс (2010)
Суздальцев А. И. В кн.: Россия в глобальном мире: 2000-2011. Хрестоматия в 6 томах. Т. 5. М.: Аспект Пресс, 2012. С. 284-293.
Социальное развитие России: состояние, проблемы, перспективы. Материалы Всероссийской научно-практической конференции
Edited by: Т. П. Хлынина Майкоп: Аякс, 2005.
На пути к экономической свободе: экономика и политика России к концу 1992 г.
Урнов М. Ю., Капелюшников Р. И. М.: ПЭС, 1992.
Проблема «особого пути» во внешней политике России (90-е годы ХХ века – начало ХХI века)
Сергунин А. А., Кубышкин А. И. В кн.: Идеология «особого пути» в России и Германии: истоки, содержание, последствия. М.: Три квадрата, 2010. С. 159-170.
Проблемы формирования Таможенного союза и Единого экономического пространства в рамках ЕврАзЭС
Суздальцев А. И. В кн.: XII Международная научная конференция по проблемам развития экономики и общества. В четырех книгах. Книга 2. Кн. 2. М.: Издательский дом НИУ ВШЭ, 2012. С. 159-168.
Intergenerational Social Mobility in Soviet and Post-Soviet Russia
Yastrebov G. Sociology. SOC. Высшая школа экономики, 2016. No. 69.
The aim of this paper is to bridge the gaps in existing accounts of the evolution of intergenerational social mobility in Soviet and post-Soviet Russia. The study makes a potentially valuable contribution to the literature by extending the spectrum of institutional and historical contexts, in which (in)equality of opportunity has been considered so far, and a chance to re-examine existing evidence by using alternative datasets and a slightly different methodology. Following the conventions in the social mobility literature in this study I approach social destinations and social origins in terms of educational and occupational attainments of children and their parents respectively. For empirical part I utilize data from four representative cross-national surveys conducted in Russia in 1994, 2002, 2006 and 2013. To study historical change in the patterns of social mobility I identify four cohorts whose educational and occupational careers unfolded during four different historical periods (two for the Soviet and two for the post-Soviet period). Being informed by several earlier studies on post-socialist countries including earlier research on Russia, I anticipated (1) a trend towards lesser (rather than greater) openness in the late years of the Soviet era, (2) a temporary discontinuity of mobility patterns during the turbulent 1990s and (3) the ‘tightening up’ of social mobility regime in the more stable years of Russia’s post-Soviet history. If any such trend existed, my findings would rather suggest that it was directed towards decreasing intergenerational transmission of educational advantage in the post-Soviet era, rather than the other way around. Also, surprisingly and quite contrary to earlier findings and theoretical considerations, the changes in the pattern of occupational mobility remained surprisingly invariant to the changes in historical and institutional context. The paper concludes with highlighting some of the remaining puzzles and possible directions for future research.
Влияние выбора целей и инструментов политики денежных властей на уязвимость экономик
Трунин П. В., Дробышевский С. М., Евдокимова Т. В. М.: Издательский дом «Дело» РАНХиГС, 2012.
The impact of state-controlled banks on the Russian banking sector
Vernikov A. V. Eurasian Geography and Economics. 2012. Vol. 53. No. 2. P. 250-266.