The chapter analyzes the impact of various socio -demographic characteristics of the individual to the risk of poverty. It is demostrated that the  certain features are not just factors of poverty, along with the structural characteristics of individuals, but their role is great. Still, they are mostly complementary and corrective, rather than the main causes of poverty/ and the last is mostly determined by position in the labor market . Exceptions are the cases of very high dependency load and belonging to single-parent or multi-children families . 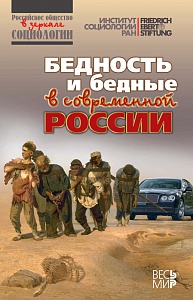 In this paper we use the rich set of unit-level data from the most recent Egyptian household surveys (1995 – 1996 and 1999 – 2000) to assess changes in poverty and inequality between 1995 and 2000. The study analysis is based on the new methodology of constructing household-specific poverty lines that account for the differences in regional prices, as well as differences in the consumption preferences and size and age composition of poor households. The results show that average household expenditures rose in the second half of the 1990s and the poverty rate fell from 20% to less than 17%. In addition to the ongoing divide in the urban-rural standard of living, a new geographical/regional divide emerged in the late 1990s. Poverty was found predominantly among less-educated individuals, particularly those working in agriculture and construction, and among seasonal and occasional workers. These groups could suffer the most from the slowing economic growth evident after 1999 – 2000.

This chapter addresses the relationship between class, family and social welfare policies by analysing the construction of the identity category of ‘unfortunate families’ in popular scientific discourses, governmental policy documents and discourses of social services, and by examining how those labelled as ‘unfortunate’ negotiate this identity conferred to them. The chapter shows that gender and class are closely intertwined in the production of this identity, as it is single mothers who are primarily categorized as ‘unfortunate’. In our analysis we draw on multiple sources of data. First, we analyse in-depth and focus group interviews with service providers and clients and participant observation data from a number of Russian cities. Second, we analyse various government documents and social advertisements, mass media materials, social policy and social work textbooks, and popular scientific texts published during the 1990s-2000s.

Child Care and Women's Labor Force Participation in Romania
Lokshin M., Fong M. Policy Research Working Paper. WPS. World Bank Group, 2000. No. 2400.
The authors model the household demand for child care, the mother's participation in the labor force, and her working hours in Romania. Their model estimates the effects of the price of child care, the mother's wage, and household income on household behavior relating to child care and mothers working outside the home. They find that: Both the maternal decision to take a job and the decision to use out-of-home care are sensitive to the price of child care. A decrease in the price of child care can increase the number of mothers who work and thus reduce poverty in some households. The potential market wage of the mother has a significant positive effect on the decision to purchase market care and the decision to engage in paid employment. The level of household nonwage income has little effect on maternal employment and the demand for child care. In addition to facilitating women's work, kindergartens and cr�hes appear to provide educational and social benefits for children. Close to half the children in these facilities have mothers who do not work. Further research is needed to assess the cost and nature of these benefits and to determine the appropriate roles for the private and public sectors in providing, financing, and regulating such services for working and nonworking mothers.
Новые идеи в социологии: монография
Edited by: Ж. Тощенко М.: ЮНИТИ-ДАНА, 2013.
Measuring Welfare Gains from Better Quality Infrastructure
Lokshin M., Klytchnikova I. Policy Research Working Paper. WPS. World Bank Group, 2007. No. 4217.
Projects and reforms targeting infrastructure services can affect consumer welfare through changes in the price, coverage, or quality of the services provided. The benefits of improved service quality-while significant-are often overlooked because they are difficult to quantify. This paper reviews methods of evaluating the welfare implications of changes in the quality of infrastructure services within the broader theoretical perspective of welfare measurement. The study outlines the theoretical assumptions and data requirements involved, illustrating each method with examples that highlight common methodological features and differences. The paper also presents the theoretical underpinnings and potential applications of a new approach to analyzing the effects of interruptions in the supply of infrastructure services on household welfare.
Doing class in social welfare discourses: ‘unfortunate families’ in Russia
Iarskaia-Smirnova E. R., Romanov P. V. In bk.: Rethinking class in Russia. Farnham: Ashgate, 2012. P. 85-105.

This chapter addresses the relationship between class, family and social welfare policies by analysing the construction of the identity category of ‘unfortunate families’ (neblagopoluchnye sem’i) in popular scientific discourses, governmental policy documents and discourses of social services, and by examining how those labelled as ‘unfortunate’ negotiate this identity conferred to them. The chapter shows that gender and class are closely intertwined in the production of this identity, as it is single mothers who are primarily categorised as ‘unfortunate’. In our analysis we draw on multiple sources of data. First, we analyse in-depth and focus group interviews with service providers and clients and participant observation data from a number of Russian cities. Second, we analyse various government documents and social advertisements, mass media materials, social policy and social work textbooks, and popular scientific texts published during the 1990–2010s. This chapter begins with a review of Western theoretical discussions of class in the context of family and welfare in order to see how Russia fits into these debates. Western class analysis was considered irrelevant in the Soviet Union due to the supposedly classless nature of advanced socialism, but the transition to a market economy in the 1990s and the new kind of class society it engendered have made these discussions topical in Russia. In the second section of this chapter we offer a brief description of the main principles of the Soviet and post-Soviet welfare ideologies and the policies towards families. The following sections examine how popular scientific discourses, governmental policy documents and social advertisements, and social service providers construct class with the concept of the unfortunate family. The last section preceding the conclusions analyses how mothers labelled as unfortunate negotiate this stigmatised identity.

A survey investigating the risk of falling into poverty in Russia shows that after improvements in the level of well-being of the Russian population during the past decade, the situation has grown relatively worse during the current economic crisis and for the poor the situation will continue to worsen at an accelerated pace.