M. : Higher School of Economics Publishing House, 2014.
Igor C.
This book is an anthropological analysis of the phenomenon of the Russian left avant-garde, represented, first of all, in works of  constructivists, productivists and factographists, which gathered in the 1920th around the reviews LEF and Novy Lef, and such institutes as INHUK, VHUTEMAS and GAKhN. The book argues that the left avant-garde is a self-reflective social and anthropological practice, which loses nothing of its artistic qualities, because of conscious attempt of its protagonists to solve political and everyday problems of the people, which got a possibility of social liberation  after 1917 . With appropriate interdisciplinary instruments,  the book addresses to  such different figures as Andrey Bely and Andrey Platonov, Nikolay Evreinov and Dziga Vertov, Gustav Spet, Boris Arvatov etc. These different authors are united by the discovery of a specific layer of sensibility and of an alternative structure of the subconscious in their works, which are described  in terms of a provocative concept of 'new sensibility'. Collectivity means here not an exterior social organization, but an immanent  order of images  from artworks, which enables them to be simultaneously both useful and purposeful, comfortable and esthetically outstanding .
The book is an open source for anyone interested in the humanities, especially in Philosophy, Literature and Art; it is addressed to artist and activists as well.
Igor Chubarov — Doctor of Philosophy; researcher at the Institute of Philosophy of the Russian Academy of Sciences; a member of Center for Modern Philosophy and Social Sciences at M.V. Lomonosov Moscow State University; Associate Editor of Logos Journal. He graduated from the Faculty of Philosophy of the M.V. Lomonosov Moscow State University. Fellowship of the Alexander von Humboldt Foundation (Berlin, 2006–2008).
Research target: Art History
Priority areas: humanitarian
Language: Russian
Sample Chapter
Keywords: культурология 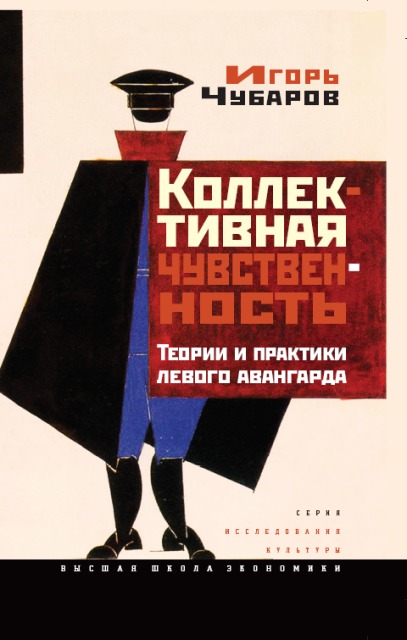