Collective metodic monography is devoted to the problems of theoretical and allied problems of human resources management in state organizations, especially in government bodies. Effectiveness of HRM and best practices of HRM in Russian state organizations are in the center of collective of authors research. All paragraphs of the book have the connotations with educational courses of Master degree program in Public Administration that is taught in NRU-HSE. 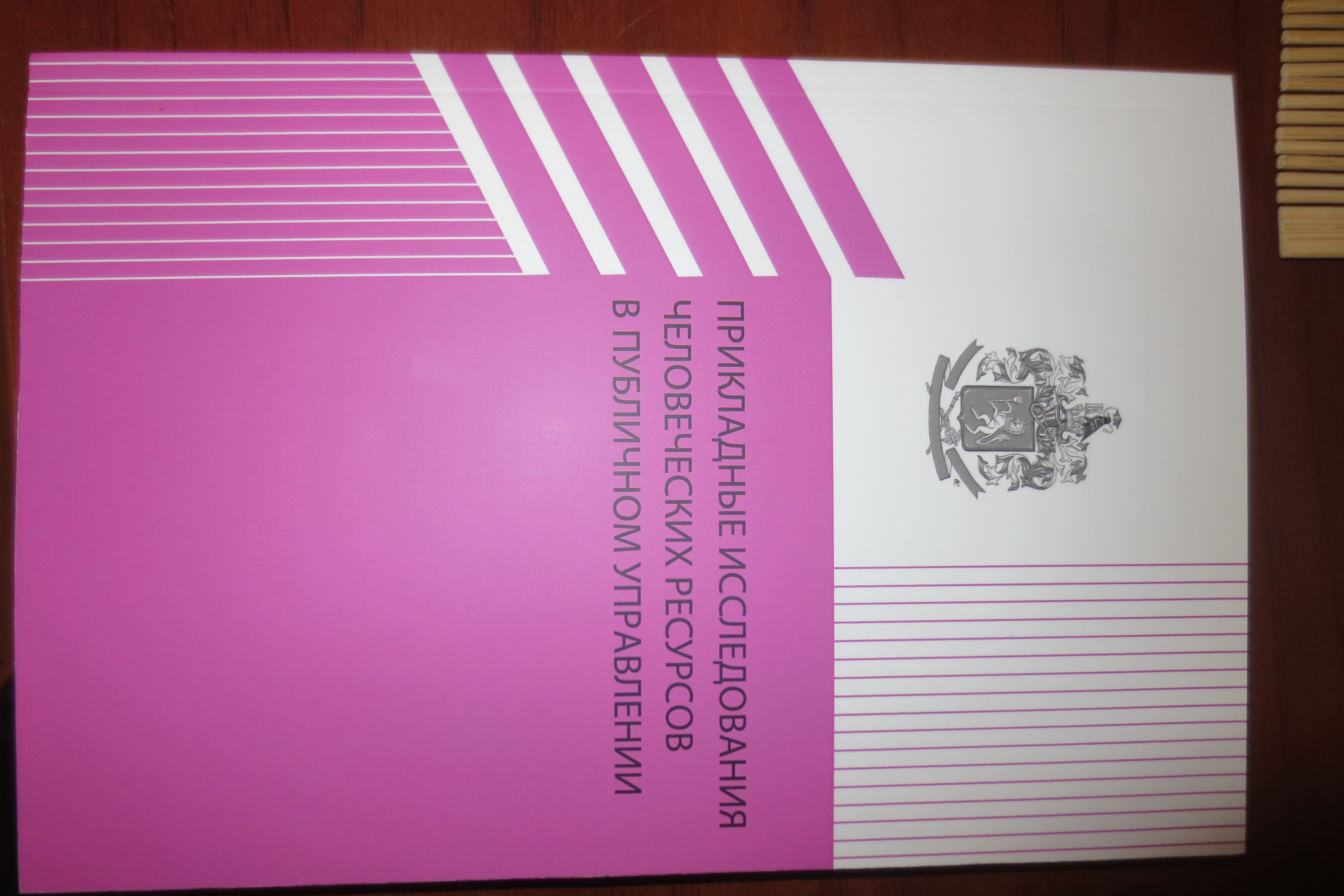 The collection  contains scientific articles of the international scientific-practical conference "State Administration and Public Service: Yesterday, Today, Tomorrow in the Context of E-Government and the Digital Economy", held at the Higher School of Public Administration (HSAA) of MV Lomonosov Moscow State University in the framework of the XIV NAUKA Science Festival 0+ (October 11-13, 2019). The materials of the collection reflect the results of research conducted by undergraduates of the first and second courses of the Higher School of Public Administration. This scientific publication will be useful to undergraduate students, undergraduates, researchers, and everyone interested in the current state and development trends of the theory of public service, public administration and management, as well as their practice in modern conditions of digitalization of public life.

The article is devoted to the theoretical features of innovations in the field of public administration. The subject of the research is the concept of innovation in public administration. The goal is to substantiate the relationship between successful innovation, institutional transformations and their ideological support. The main tasks are a description of the differences in the traditional understanding of the content of innovation and its content in the field of public administration, a description of the factors contributing to or hindering successful innovation in the field in question, an analysis of the relationship between the innovation activity of employees in the public service and institutional transformations. The conclusion is drawn on the importance of the trinity of technological, institutional and ideological innovations in the context of the goals and objectives of national economic development.

Abstract. The outcome of this article is the model of aim driven programmatic management, which can become systematic solution of problems, associated with public programs. Model development was caused by current issues and solutions analysis, which show low productivity of the last one. This model can be used as basis for the project of aim driven programmatic management of expenses

Институт минимальной заработной платы в странах ОЭСР
Вишневская Н. Т. Проблемы рынка труда. WP3. Высшая школа экономики, 2005. № 03.
The paper examines the institute of minimum wage in developed and transition economies and in a number of the developing countries. First of all the institutional mechanism of minimum wage fixing is considered. One of the sections explores the dynamics of absolute and relative levels of minimum wage. The special attention is paid to the impact of the institute of minimum wage on the labour market. The author considers the mechanism of transmission of the minimum wage increases on the employment and unemployment dynamics. The paper also contains the result of the empirical research. The experience of many countries witnesses that large increases in minimum wage levels lead to the stagnation of the employ-ment, especially of the disadvantaged groups. The negative effect is larger for the companies with higher share of labour costs and more active use of unqualified labour, that is small businesses and agricultural enterprises. One of the main conclusions is that the minimum wage is not an effective tool of the poverty reduction as the majority of the recipients live in households of average and upper average income.
Численность и состав российской бюрократии: между советской номенклатурой и госслужбой гражданского общества
Гимпельсон В. Е. Проблемы рынка труда. WP3. Высшая школа экономики, 2002. № 05.
Современный взгляд на исследование авторитарности в России
Григорьева Е. Б. Вестник Томского государственного университета. Философия. Социология. Политология. 2012. № 3(19). С. 177-191.