Th is monograph “Th e Greek Islands of Catherine the Great: Russia’s Imperial Realities in the Mediterranean” by Professor Elena B. Smilianskaia of the National Research University Higher School of Economics, investigates the history of the Russian-Ottoman War of 1768–1774. It is based on a wide array of historical sources, among them archival records from the collections of the Russian State Naval Archive (RGAVMF), the Russian State Archive of Ancient Acts (RGADA), the Russian State Military History Archive (RGVIA), and others. Th e text also contains visual materials gathered in Greece. Th e book proceeds in two parts: the fi rst discusses the development of political authority over the Greek islands in the Aegean Sea (otherwise referred to as the Archipelago islands), which came under Russian control in the 1770s, while the second examines the creation of a Russian naval base on Paros. Th e appendices include a journal kept by a participant of the expedition, K.L. von Tölle (an archival manuscript translated from the German and annotated by Anna Friesen) and M.G. Kokovtsev’s 1786 essay, “A Description of the Archipelago.” During the years from 1770 to 1775 Russian naval commanders Aleksei Orlov, Grigorii Spiridov, and Andrei Elmanov pursued Catherine’s goals in the Mediterranean, which involved constructing a Russian naval base and liberating Orthodox Christians from Ottoman rule. Th is was a unique moment in Russian history, as it brought the fi rst overseas territories — thirty islands in the Aegean Sea — under Russian control, and it provided an opportunity for future Russian military and political presence in the Mediterranean. Beginning in 1771, when the fi rst archipelago islands took an oath to Empress Catherine II, the leaders of the Archipelago expedition endeavored to reform government and taxation, set up a Senate and chancellery, create an autocephalous Orthodox Church, and form an independent Synod. In accordance with the Empress’s wishes, they established a special school for Greek children on the island of Naxos. However, according to the Treaty of Küçük Kaynarca (1774) between Russia and the Ottoman Empire, the Russian fl eet had to leave the Eastern Mediterranean and Archipelago islands. Th e Russians also abandoned a partiallybuilt military base on Paros. Th ese departures stranded the islands’ inhabitants, who for fi ve years had considered themselves ‘subjects’ of the Russian empress. Th e Russian Empire left them only with the possibility of migrating to southern Russia. Catherine the Great’s Mediterranean policy provoked a discussion about the extreme nature of her colonial ambitions in that region. Th is book debunks the theories that ‘the Greek idea’ constituted merely a political game for Russia and that Russian activity on the Aegean islands was only military in nature. At the same time it demonstrates that Catherine II’s colonial ambitions were in fact rather limited compared to those of other contemporaneous powers. Not being able to support a colony in the eastern Mediterranean, Russia dreamed only about establishing a small Russian military base that would be surrounded by liberated self-governed Greek territories under Catherine II’s protection. When the liberated Greek islands became an obstacle to enlarging Russian territory on the Black sea coast, however, they were exchanged primarily for Crimea. 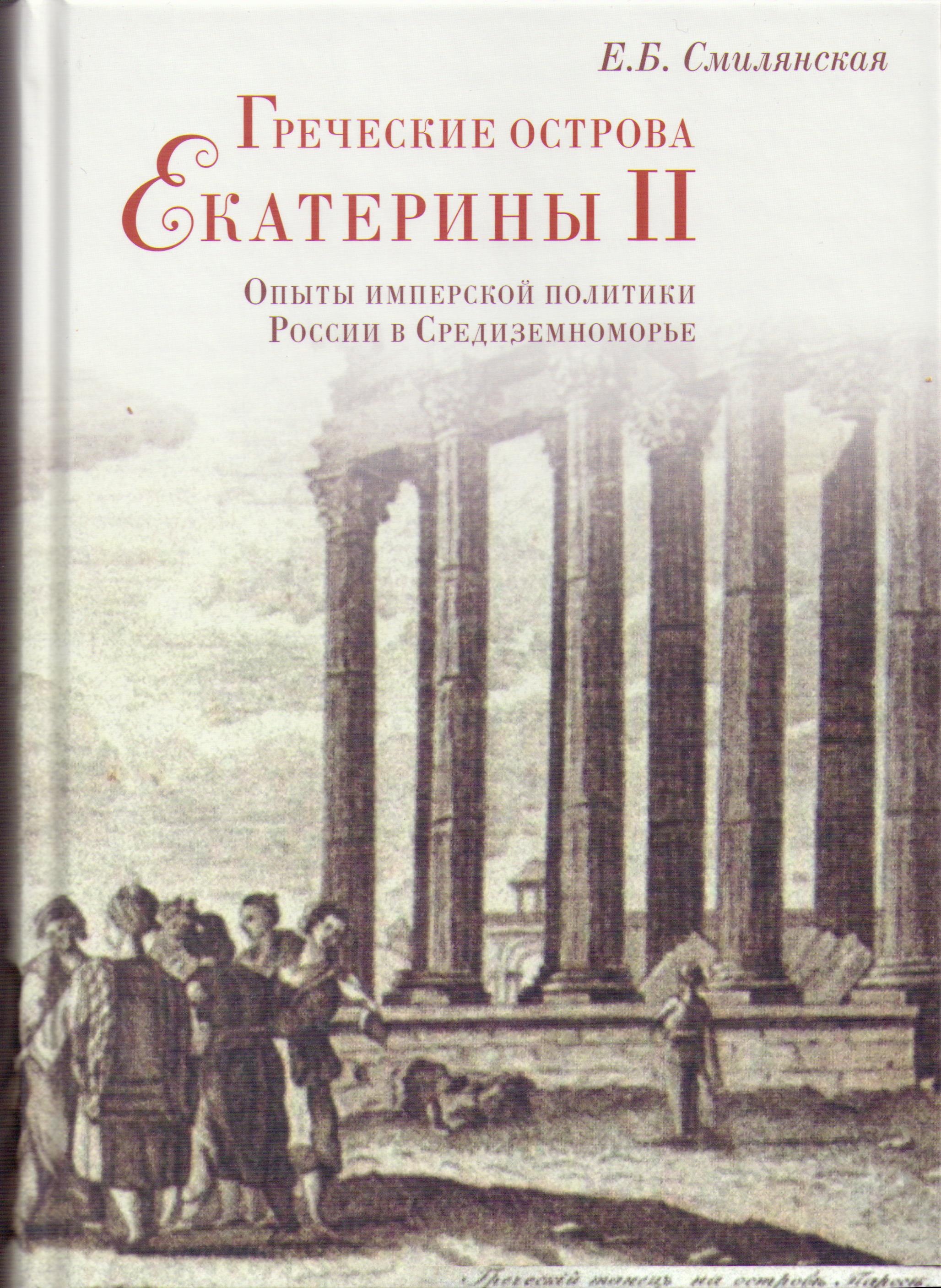