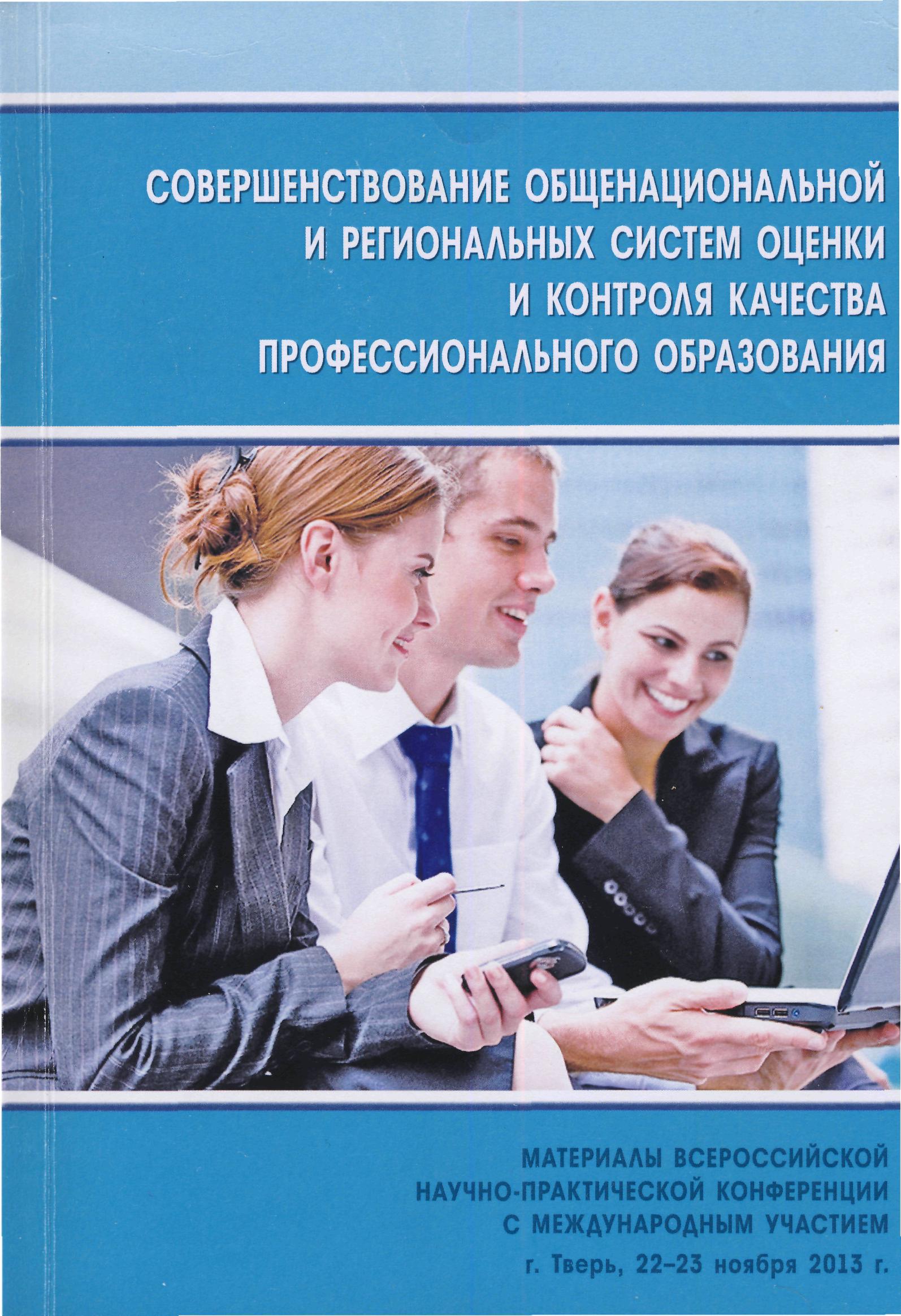 There is being carried out in the country a reform of the sector of public and municipal institutions which involves the transition to three main types of institutions: state-owned (public), independent (autonomous) and budget-funded. This reform is realized in accordance with the Federal law N o 83-FZ “On amendments to certain legislative acts of the Russian Federation in view of improvement of the legal status of public (municipal) institutions”. The article considers the main provisions of the reform and the peculiarities of its implementation in the professional education institutions.

The importance of inventive work in technical progress and professional education, and also mechanisms of improvement of inventive activity among students are considered.

Problems of professional education in Russia are examineted

The monograph is devoted to the issues of building an effective model of corporate system of education in the human resources management of the modern organization. The paper discusses the features of professional education and training at the local level, analyzes the key trends in the development of corporate learning systems segment of the Russian economy, as well as the most successful practices to improve the effectiveness of learning and development system. The author conducted a comprehensive analysis of the management and legal system of corporate learning systems, with special attention paid to the protection of employer investments in training and development.

Abelian automorphism groups of cubic fourfolds
Mayanskiy E. arxiv.org. math. Cornell University, 2013. No. 5150.
We list all finite abelian groups which act effectively on smooth cubic fourfolds.
Этические проблемы организационной, профессиональной и межличностной коммуникации
Edited by: М. А. Пильгун Вып. 12. М.: АПК и ППРО, 2012.
Социально-экономические преобразования и проблемы
Edited by: З. М. Саралиева, А. А. Иудин Вып. 1. Н. Новгород: Издательство НИСОЦ, 2011.
Russian Competition law in light of the principles of ex post and ex ante
Totyev K. Y. Law. LAW. Высшая школа экономики, 2014
This article is devoted to the legitimation and application of the standards of ex post and ex ante by courts and the executive authorities in the sphere of competition regulation. The postulates of ex post and ex ante are considered as legal principles. The principle of ex post is intended solely for judicial and administrative application; it has a deontological framework; it assumes that the legality of the activity of economic entities is assessed only on the basis of positive legal criteria in terms of the subjective rights violated; it is limited to a particular case. The traditional approach to the principle of ex post limits the scope of its application on the subjects and excessively expands its objects. The postulate of ex ante has a utilitarian basis which assumes the assessment of the application of relevant rules in the future. One of the main aims of the article is to refute the common view of lawyers and economists that a legislator applies principle of ex ante not being bound by principle of ex post, while it is the other way around for the courts and the executive authorities. The principle of ex ante may be applied not only in the process of the creation of new rules but also at the application stage for existing rules on economic competition. This is justified because the arguments of the courts and the executive authorities about a refusal to take into account the consequences of a decision in a particular case are not convincing.
The effect of phonological ability on math is modulated by socioeconomic status in elementary school
Kuzmina Y., Ivanova A., Kaiky D. PSYCHOLOGY. WP BRP. Издательский дом НИУ ВШЭ, 2018
Актуальные проблемы преподавания иностранных языков в неязыковых вузах (материалы Межфакультетской научно-методической конференции)
Edited by: Т. В. Соколова М.: Издательский дом НИУ ВШЭ, 2012.
Ценности культуры и имплицитные теории инновативности
Лебедева Н. М. Общественные науки и современность. 2012. № 5. С. 25-40.