This study focuses on the interaction between Russian prin­ces and nomadic Cumans (Qipčaqs, Polovcians). The starting point of our work are names and family ties of indi­vi­dual Cumans captured in the oldest Russian chronicles which re­pre­sent "minimum quanta" of the historical information. N. M. Ka­ramzin in the notes to his History drew attention to the fact that some of the names of the Cuman families repre­sen­tatives are obviously associated with Russia. These "Rus­sian" names, in our opinion, are the most important indicator of the cross-dynastic interaction, contacts between Russia and the nomadic world. What is the composition of the corpus of Russian names of Cuman elite representatives? In essence, it consists of only a very limited number of an­throponyms: Yuri (George), Daniil, Roman, Gleb, Yaropolk, Da­vyd (?), Vasili. It is crucial that all of these names are re­gu­lar­ly used as dynastic by the Rurikids in the 11th — begin­ning of 13th century. Most of the names, borrowed by Cumans from Rus­sians, are Christian names. At the same time attention is drawn to the non-trivial dis­tribution reflected in the information of sources; while dis­co­vering Christian names of some representatives of the highest Cuman nobility, we do not find any mention of the fact that any of the owners of these names, their fathers and other close male relatives took baptism. On the contrary, they are con­sistently characterized as pagans. Moreover, ancient chro­nicles contain no reports of Cuman princes taking bap­tism until the beginning of the Tataro-Mongol invasion. Interestingly, Christian names of those few Cumans of whose conversion we can speak more or less confidently can­not be found in any records, whether it is a Cuman wife of a Russian prince, an anonymous monk of Kiev-Pechersk Mona­ste­ry, an author of an inscription on the church wall or a power­ful Cuman Prince, who was baptized on the eve of the Battle of the Kalka. In our work we have sought to demonstrate that the cause of the appearence of Russian names in this environ­ment is a cross-dynastic, intergenic anthroponymic communi­ca­tion, a desire to consolidate the alliance with the Russian princes, but not a conversion of the male representatives of the Cuman elite. The set of "Russian" names used by Cumans allows us to determine the circle of their "anthroponymical donors" among the Rurikids and identify a number of rules and laws on which this communication in the language of names was carried out. 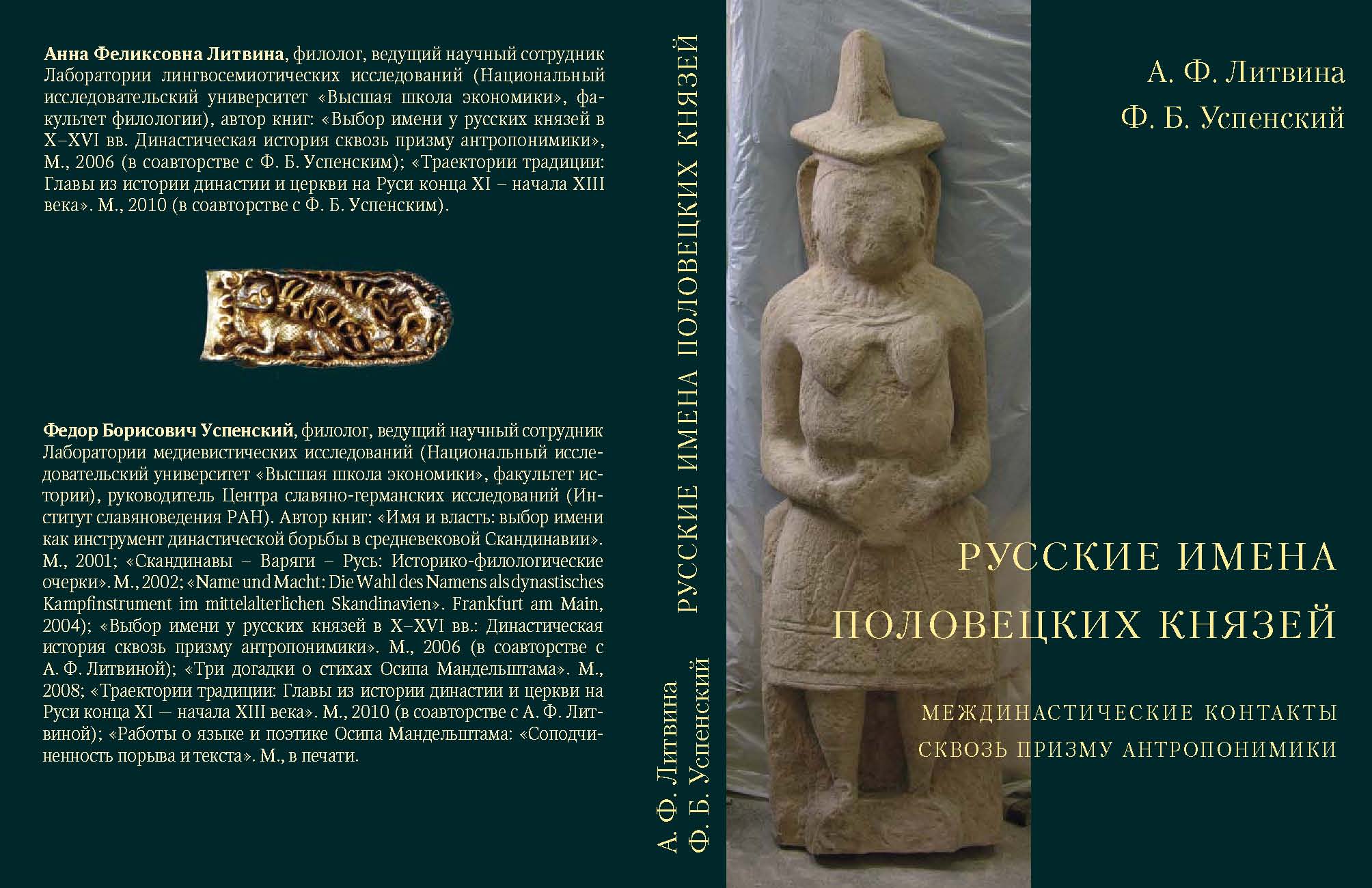