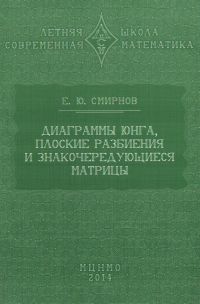 We consider partial sum rules for the homogeneous limit of the solution of the q-deformed Knizhnik–Zamolodchikov equation with reflecting boundaries in the Dyck path representation of the Temperley–Lieb algebra. We show that these partial sums arise in a solution of the discrete Hirota equation, and prove that they are the generating functions of τ 2-weighted punctured cyclically symmetric transpose complement plane partitions where τ =−(q+q−1). In the cases of no or minimal punctures, we prove that these generating functions coincide with τ 2-enumerations of vertically symmetric alternating sign matrices and modifications thereof.

The theoretical contribution to the economics and statistics of the following prominent scientists and public figures is resurrected and described. Firstly, Marx’s associate, but largely independent figure - F. Engels, secondly, Nobel Prize winner of 1972 Kenneth J. Arrow, in ensemble with the subject article "Efficiency", thirdly, striking statistician, who concurred with E. Slutsky, - G.U. Yule, fourthly, the founder of the quantity theory of money David Hume, then, one of the authors of the monetary reform of 1922-1924 held in Soviet Russia - Leonid N. Yurovsky, then, one of the first major American economists Allyn Abbott Young, then two prominent pre-revolutionary Russians - academician Ivan I. Yanzhul, and the teacher of Ladislaus von Bortkiewicz - Corr. of Petersburg Academy of Sciences Yulii Janson.