Main concepts and models of the modern theory of self-organization of complex systems, called also synergetics, are generalized and formulated in the book as principles of a synergetic world view. They are under discussion in the context of philosophical studies of holism, teleology, evolutionism as well as of gestalt-psychology; they are compared with some images from the history of human culture. The original and unfamiliar (to the Western readers) research results of the Moscow synergetic school which has its center at the Keldysh Institute of Applied Mathematics of the Russian Academy of Sciences are expounded in the book. Complicated and paradoxical concepts of synergetics (structure-attractors, bifurcations, blow-up regimes, non-stationary dissipative structures of self-organization, fractals, non-linearity) are translated into an intelligible language and vividly illustrated by materials and examples from various fields of knowledge, starting with the laser thermonuclear fusion and concluding with mysterious phenomena of human psychology and creativity. The style of writing is close to that of popular-science literature. That's why the book might be of interest and is quite comprehensible for students and specialists in the humanities. It is shown that the development of synergetics entails deep changes in the conceptual net through which we comprehend the world. It means a radical shift of paradigm, a conceptual transition from being to becoming, from stability to sustainability, from images of order to chaos generating new ordered evolving structures, from self-maintaining systems to fast evolution through a nonlinear positive feedback, from evolution to co-evolution, reciprocal evolution of different complex systems. The new synergetic way of thinking is evolutionary, nonlinear and holistic. This is a modern stage of development within the traditions of cybernetics and system-structural analysis. However, many elements of the latter have undergone important changes since their appearance. 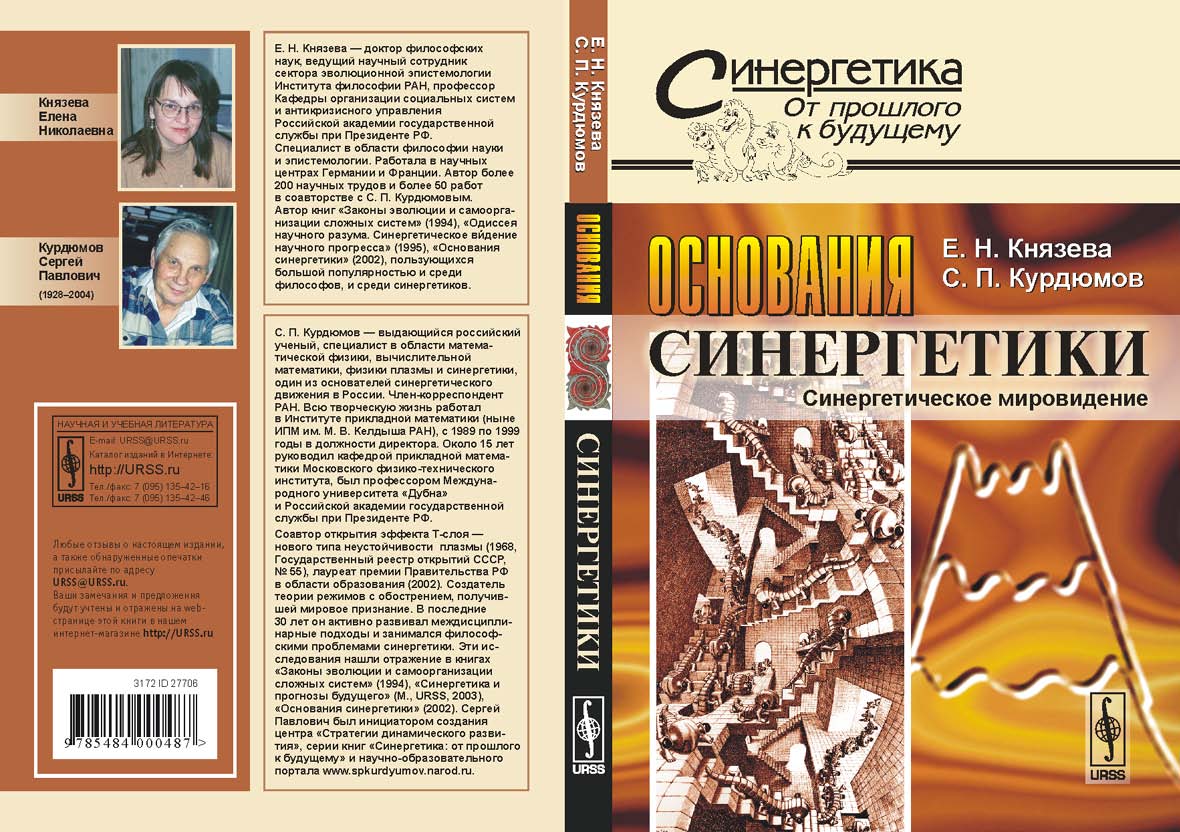