Is the Kuznets Hypothesis Valid for Transition Countries?

The aim of this chapter is to validate the Kuznets hypothesis which states that the inequality in the distribution of income increases at lower levels of income and then decreases once a threshold level of per capita income is reached for the transition countries.

The chapter is organized as follows: Section 1 holds the review of the main literature devoted to testing the Kuznets hypothesis. Section 2 pursues the following objectives: to test the Kuznets hypothesis on the theoretical level; to determine the conditions on which the inverted-U dependence of the Gini index on the mean income might take place; and to give an economic interpretation of the mathematical results. Section 3 contains the empirical results confirming the Kuznets hypothesis for transition countries and Russian regions. The GDP per capita in the majority of transition countries and in the most Russian districts did not reach the corresponding turning point and therefore we expect an increase in the inequality in the distribution of income for these countries and regions. Section 4 concludes the chapter with some policy implication suggested. 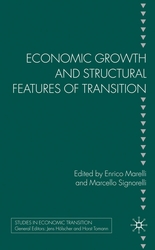