In the last three years a new concept — the concept of wall crossing
has emerged. The current situation with wall crossing phenomena, after pa-
pers of Seiberg–Witten, Gaiotto–Moore–Neitzke, Vafa–Cecoti and seminal works
by Donaldson–Thomas, Joyce–Song, Maulik–Nekrasov–Okounkov–Pandharipande,
Douglas, Bridgeland, and Kontsevich–Soibelman, is very similar to the situation with
Higgs Bundles after the works of Higgs and Hitchin — it is clear that a general “Hodge
type” of theory exists and needs to be developed. Nonabelian Hodge theory did lead
to strong mathematical applications —uniformization, Langlands program to mention
a few. In the wall crossing it is also clear that some “Hodge type” of theory exists —
Stability Hodge Structure (SHS). This theory needs to be developed in order to reap
some mathematical benefits — solve long standing problems in algebraic geometry. In
this paper we look at SHS from the perspective of Landau–Ginzburg models and we
look at some applications. We consider simple examples and explain some conjectures
these examples suggest. 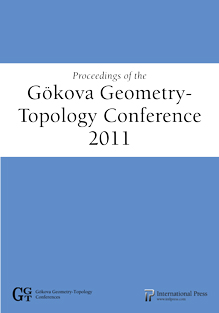