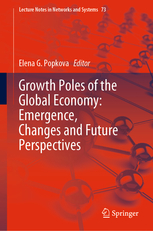 Religion, ethnicity, and politics are typical explanatory variables of violent conflicts. From an economic point of view, economic growth reduces the risk of civil war, yet the economic determinants of conflict have been little studied. In this article, we empirically study the impact of regional macroeconomic conditions on the number of violent conflicts in Indonesia, a country with potential risks of communal conflict because of the plurality of its society. We use panel data consisting of observations on 16 Indonesian regions from 2004 to 2013 to assess the impact of economic factors on conflict, reevaluating the religion effect using dynamic models (SYS GMM estimator). Our findings suggest that only the inflation rate predicts the conflict growth rate. Economic growth, economic development, poverty, and even religion, do not significantly affect the number of regional conflicts.