What service did the Italian Armed Forces carry out in their missions outside the area? What role do they play today in the many international contexts in which they are employed? In which legal framework are these missions authorized? This book tries to answer these questions, illustrating to a wider audience the role that our Armed Forces perform abroad. A role aimed at maintaining peace, at stabilizing problematic contexts, at maintaining peace and at restoring hope in areas of the world often overturned by civil wars and inter-ethnic conflicts. 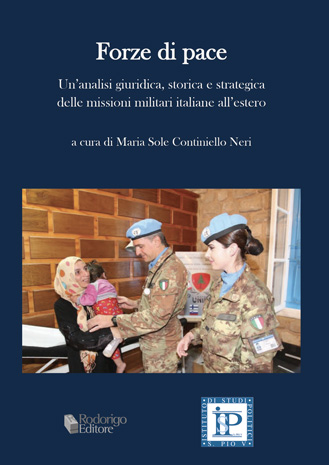