The Ambiguity of a Kiss

What does it mean to be sensitive to another? How can we become sensitized to the other? One way—Levinas’ example—is with a kiss, with the ambiguity of a kiss that exposes us to another kind of sensibility, makes us susceptible to the proximity of the other, vulnerable to the trace of an absence qua absent, the approach qua approach. And this is a praxis that resists the history of philosophy’s attempt to disambiguate the kiss, that steps back from the desensitized violence of translating the saying of an infi nite alterity into a fi nite said. For the ambiguity signifi es that which metaphysics as onto-henology cannot think, namely, the other of being, and the kiss that is otherwise than being. But if we are to become sensitized to such an otherness, it is by kissing in such a way that we—taking a clue from what Levinas fi nds in language—also think the verbality of the verb, that is, the diachronic tense and incomplete aspect of the kiss. We sensitize ourselves thereby, to a way of kissing otherwise, a praxis that allows the ambiguity of a kiss to signify, not merely the presence, but far more the absence of the other—and verbalize thereby, the otherness of the other. Or does it? For the ambiguity of the kiss could also imply another way of verbalizing, one in which the verb is neither present nor absent, but implied—and this sensitizes us to a way of kissing that suspends the presence and absence of the one who is supposed to be kissed, suspends the act of kissing itself, even suspends any possibility of sensitization whatsoever. We are then left with the problem of kissing, and that which is implied by the ambiguity of the kiss. 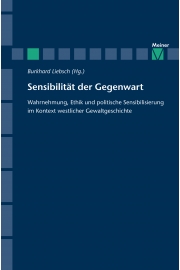