The 20th century seems to be the most fruitful time for the philosophy of law in Russia, considering the contribution that Russian and Soviet legal thinkers have made to this discipline, and the role they have each played in the development of the international debate, despite the severe political impact that legal studies have suffered in Russia, not only in the Soviet period but also before the Revolution. 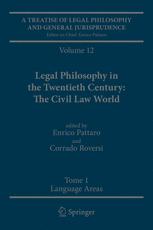