The Crisis of Spheres of Influence in the EU-Russia Relationship

The conflict in Ukraine and Russia's annexation of Crimea has undoubtedly been a pivotal moment for policy makers and military planners in Europe and beyond. Many analysts see an unexpected character in the conflict and expect negative reverberations and a long-lasting period of turbulence and uncertainty, the de-legitimation of international institutions and a declining role for global norms and rules. Did these events bring substantial correctives and modifications to the extant conceptualization of International Relations? Does the conflict significantly alter previous assumptions and foster a new academic vocabulary, or, does it confirm the validity of well-established schools of thought in international relations? Has the crisis in Ukraine confirmed the vitality and academic vigour of conventional concepts?

These questions are the starting points for this book covering conceptualisations from rationalist to reflectivist, and from quantitative to qualitative. Most contributors agree that many of the old concepts, such as multi-polarity, spheres of influence, sovereignty, or even containment, are still cognitively valid, yet believe the eruption of the crisis means that they are now used in different contexts and thus infused with different meanings. It is these multiple, conceptual languages that the volume puts at the centre of its analysis.

This text will be of great interest to students and scholars studying international relations, politics, and Russian and Ukrainian studies. 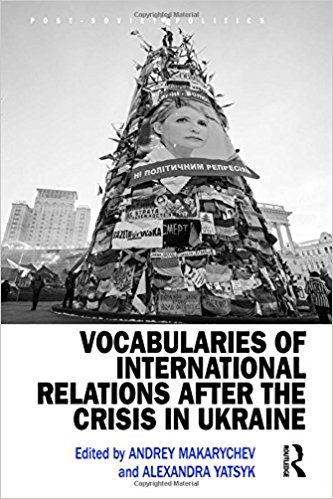