1.3. Protest Publics as the Drivers of Political Change in Brazil: Role of Watchdogs

In 2010th protest publics became an important driver of political change both in authoritarian and democratic states. “Indignados”, “Arab spring”, #Occupy movement” in USA (and worldwide), protests in Russia, Brazil, Turkey, Thailand, Venezuela, Ukraine – all these events has been happening from December, 2010, till today – in Bangkok, Caracas, Kiev. The main goal of the research is to evaluate the protest publics’ impact as drivers of political changes in Brazil (time period is from June 2013 till March 2014). So, as the focus of the research is what protest publics have changed in political process during these periods of time and what status quo of different drivers (factors and actors) we had had before them (especially socio-economic ones); to show both the reasons and the results of the protest publics activities. Empirical base of research consist of information of two types: socio-economic and political statistics (World Bank, OECD, IMF; Freedom House and Transparency international rankings; World Values Survey Data); expert interviews with the specialists and scholars that study the protest movements in Br 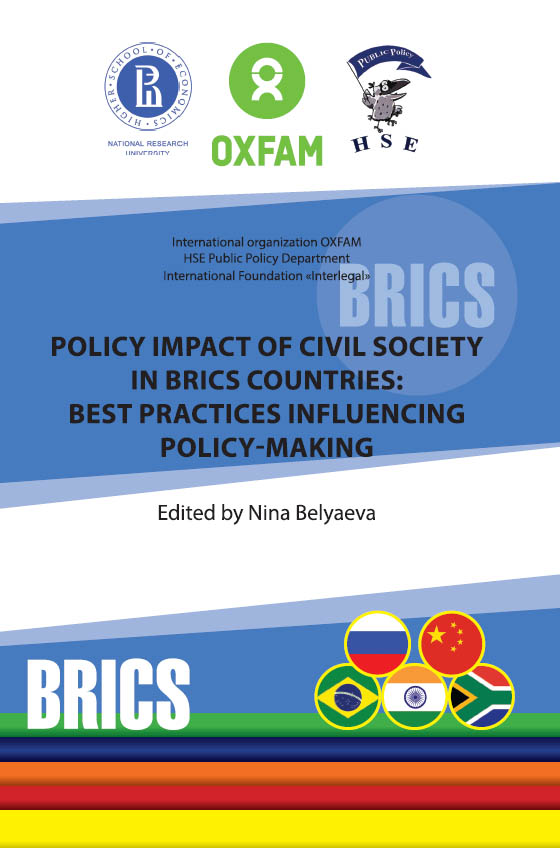 Author presents results of the scientific seminar " Legal regulation of economic activities in China and Russia"  (series" Legal aspects of BRICS " ), held in St. Petersburg by the  Law Faculty of the Higher School of Economics  - St. Petersburg Branch,  with a participation of 15 colleagues from 6  universities of China.