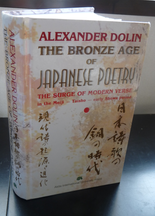 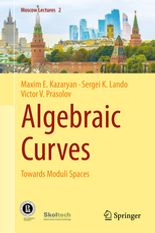 This book offers a concise yet thorough introduction to the notion of moduli spaces of complex algebraic curves. Over the last few decades, this notion has become central not only in algebraic geometry, but in mathematical physics, including string theory, as well.

The book begins by studying individual smooth algebraic curves, including the most beautiful ones, before addressing families of curves. Studying families of algebraic curves often proves to be more efficient than studying individual curves: these families and their total spaces can still be smooth, even if there are singular curves among their members. A major discovery of the 20th century, attributed to P. Deligne and D. Mumford, was that curves with only mild singularities form smooth compact moduli spaces. An unexpected byproduct of this discovery was the realization that the analysis of more complex curve singularities is not a necessary step in understanding the geometry of the moduli spaces.

The book does not use the sophisticated machinery of modern algebraic geometry, and most classical objects related to curves – such as Jacobian, space of holomorphic differentials, the Riemann-Roch theorem, and Weierstrass points – are treated at a basic level that does not require a profound command of algebraic geometry, but which is sufficient for extending them to vector bundles and other geometric objects associated to moduli spaces. Nevertheless, it offers clear information on the construction of the moduli spaces, and provides readers with tools for practical operations with this notion.

Based on several lecture courses given by the authors at the Independent University of Moscow and Higher School of Economics, the book also includes a wealth of problems, making it suitable not only for individual research, but also as a textbook for undergraduate and graduate coursework.

This book explores the theory and application of locally nilpotent derivations, which is a subject of growing interest and importance not only among those in commutative algebra and algebraic geometry, but also in fields such as Lie algebras and differential equations. The author provides a unified treatment of the subject, beginning with 16 First Principles on which the entire theory is based. These are used to establish classical results, such as Rentschler s Theorem for the plane, right up to the most recent results, such as Makar-Limanov s Theorem for locally nilpotent derivations of polynomial rings. Topics of special interest include: progress in the dimension three case, finiteness questions (Hilbert s 14th Problem), algorithms, the Makar-Limanov invariant, and connections to the Cancellation Problem and the Embedding Problem. The reader will also find a wealth of pertinent examples and open problems and an up-to-date resource for research. 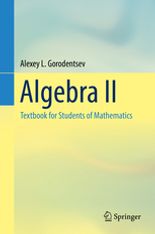 This is the second part of a 2-year course of abstract algebra for students beginning a professional study of higher mathematics.1 This textbook is based on courses given at the Independent University of Moscow and at the Faculty of Mathematics at the National Research University Higher School of Economics. In particular, it contains a large number of exercises that were discussed in class, some of which are provided with commentary and hints, as well as problems for independent solution that were assigned as homework.Working out the exercises is of crucial importance in understanding the subject matter of this book.

Книга
Algebra I Textbook for Students of Mathematics
Gorodentsev A. L. Cham: Springer, 2016.

This book is the first volume of an intensive “Russian-style” two-year graduate course in abstract algebra, and introduces readers to the basic algebraic structures – fields, rings, modules, algebras, groups, and categories – and explains the main principles of and methods for working with them.

This textbook is based on courses the author has conducted at the Independent University of Moscow and at the Faculty of Mathematics in the Higher School of Economics. The main content is complemented by a wealth of exercises for class discussion, some of which include comments and hints, as well as problems for independent study. 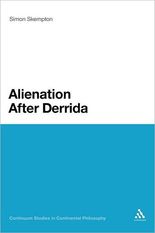 Alienation After Derrida rearticulates the Hegelian-Marxist theory of alienation in the light of Derrida's deconstruction of the metaphysics of presence. Simon Skempton aims to demonstrate in what way Derridian deconstruction can itself be said to be a critique of alienation. In so doing, he argues that the acceptance of Derrida's deconstructive concepts does not necessarily entail the acceptance of his interpretations of Hegel and Marx. In this way the book proposes radical reinterpretations, not only of Hegel and Marx, but of Derridian deconstruction itself.

The critique of the notions of alienation and de-alienation is a key component of Derridian deconstruction that has been largely neglected by scholars to date. This important new study puts forward a unique and original argument that Derridian deconstruction can itself provide the basis for a rethinking of the concept of alienation, a concept that has received little serious philosophically engaged attention for several decades. 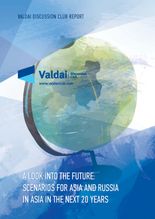 Книга
A look into the future: scenarios for Asia and Russia in Asia in the next 20 years
Bordachev T., Bezborodov A., Kashin V. et al. M.: Valdai Discussion Club, 2017.

This report outlines a number of scenarios for the paths Asia may take in the next 20 years, and what the choice of each of these paths will mean for Russia and its role in Asian affairs. These scenarios do not attempt to make an accurate prediction for specifi c events based on linear projection of current events. Rather, they pursue three goals.

In this new, fully revised edition of America’s Nonproﬁt Sector, renowned author Lester Salamon clariﬁes the scope, structure, ﬁnances, and operation of the nonproﬁt sector and examines how it has changed over time, both generally and in major ﬁelds like health care, education, arts, and religion.