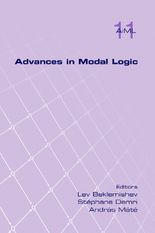 Logic deals with the fundamental notions of truth and falsity. Modal logic arose from the philosophical study of “modes of truth” with the two most common modes being “necessarily true” and “possibly true”. Research in modal logic now spans the spectrum from philosophy, computer science and mathematics using techniques from relational structures, universal algebra, topology, and proof theory.  These proceedings record the papers presented at the 2016 conference on Advances in Modal Logic, a biennial conference series with an aim to report on important new developments in pure and applied modal logic. As indicated above, there are new developments in using modal logic to reason about obligations, about programs, about time, about combinations of modal logics and even about negation itself. 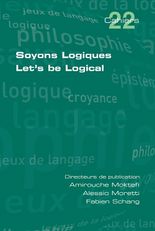 “Let´s be Logical” is a double invitation. Although logic often refers to a disposition of mind that we all share, this disposition might be confused once its theoretical sources are questioned. The present volume offers thirteen articles that address various aspects of the discipline of logic and its methods, notably formalism, the theory of opposition, mathematical truth, and history of logic. This volume has been prepared with the pedagogical concern of making it accessible to a wide audience of logic and philosophy readers.